May 10th 2019 – Corsica Innovations (“LEAF”) is pleased to announce a $4.5-Million oversubscribed private financing round to fully fund its commercial manufacturing launch. LEAF has developed the most advanced automated home-growing system in the world allowing anyone to grow high-quality, pesticide free, medical plants and food.

LEAF had initiated a $2.5-Million financing which was significantly oversubscribed, and elected to upsize the transaction to $4.5-Million. The financing, which includes leading funds and top industry executives, will fund LEAF’s manufacturing and delivery of its approximately $4-Million existing pre-sales.

We are excited to have successfully closed the upsized financing round, which will allow us to launch manufacturing and deliver the commercial LEAFs for all our pre-sale customers. LEAF welcomes investors and incoming board members as we embark upon our most exciting growth yet. 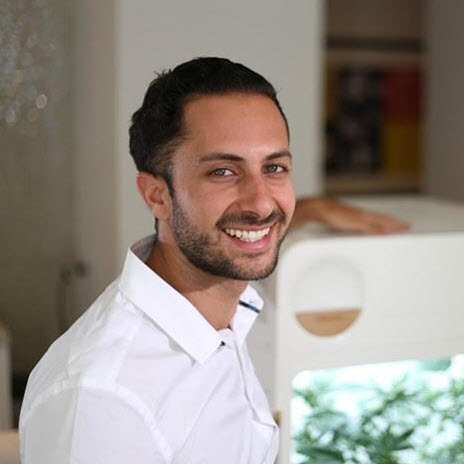 Investors include Arcadian Fund, a California ancillary specialist growth fund; Paul Rosen, Managing Director of Breakwater VC & co-founder of PharmaCan Capital; Jeffrey Kadanoff, former Principal at Bain & Company and former CFO of Knight Therapeutics currently valued at over $1-Billion; Steven Isenberg, CEO of M Partners and an early banker for top industry cultivators; Neil Closner, former CEO of MedReleaf, which was amongst the largest cultivators when it was acquired by Aurora for $2.5-Billion in one of the largest industry acquisitions to date; Dr. Danial Schecter, Co-Founder of Canabo Medical Clinic and current Director of Global Medical Services at Canopy Growth; and Isaac Maresky of Gainsborough Capital.

LEAF is also excited to announce that it has signed a manufacturing agreement and started its manufacturing process successfully at Foxconn subsidiary Ennoconn in China, with commercial manufacturing now ready for launch. This financing will fully fund manufacturing of pre-ordered units. LEAF had previously completed approximately $4-Million of pre-sales and intends to begin fulfilling such existing orders by the end of 2019.

LEAF is excited to announce its intent to consider a public listing in North America, and will report more on this matter as this initiative progresses. This initiative remains preliminary in nature, and as such there can be no guarantee that the company will be successful in this regard.

Appoints Leading Executives and Investors to Board of Directors

LEAF has appointed leading industry executives Paul Rosen, Isaac Maresky, and Jean-Mark Aflalo to its Board of Directors. Paul Rosen was a co-founder of PharmaCan Capital, which invested in one of the first Health Canada cultivation licenses in Canada, and has grown into a leading company in the industry. Mr. Rosen also sits on the board of iAnthus investment firm, and recently founded Tidal Royalty, a US investment firm in the process of merging with MichiCann. Mr. Rosen is a lawyer who graduated from the University of Toronto. Isaac Maresky is a former investment banker, with experience in M&A and leading investments in a range of industries, including. Jean-Mark Aflalo is co-founder of Groupe Zohar, a successful Canadian manufacturing company founded in 1984 with over 100 employees. Mr. Aflalo co-manages over 2.5-Million square feet of industrial space, and has particular experience in complex manufacturing. Mr Aflalo has been an early investor in several successful companies.

LEAF has developed the most advanced automated home-growing system in the world, which produces high quality, pesticide free, medical plants and food. LEAF previously won Product Hunt’s Hardware Product of the Year, and has been featured in Forbes, VICE, Huffington Post, TechCrunch, Mashable, and Inc Magazine, with millions of views to its product videos. LEAF’s CEO Yoni Ofir was recently awarded Forbes Israel 30 Under 30 Award. The company has pre-sold $4-Million of its devices, and recently signed a manufacturing contract with Foxconn subsidiary Ennoconn. Dentons LLP acted as Canadian counsel, with KO Firm as US counsel, and Gainsborough Capital Corp. acting as strategic advisor.