The second quarter was a critical quarter for GTI. We became a publicly-traded company on June 13th. The team has been hard at work and that is reflected in the results for our first reporting period as a public company – generating solid revenue growth, raising capital, entering new markets and attracting top talent.What lies ahead is even more exciting as this rapidly evolving industry takes shape.

“We strongly believe that brands developed and produced thoughtfully, consistently, and with the consumer in mind is the path to creating and capturing the most long-term shareholder value. Over the past four years, we’ve built a solid base business on that conviction and our strategy to distribute brands at scale is supported by our vertically integrated business and leading national distribution platform across eight states with a total reach of over 94 million people. We also have a strong balance sheet and are focused on allocating that capital to position the business for growth opportunities ahead.”

Through business development and acquisition-related activities, the Company’s geographic reach expanded to eight U.S. markets with a total population of over 94 million and includes eight cultivation and manufacturing facilities and licenses for 59 retail stores. The Company made substantive progress in the following areas:

As of the three months ended June 30, 2018, GTI has operating revenue in five of its eight markets: Nevada, Illinois, Pennsylvania, Massachusetts, and Maryland and has ramped up expenses related to the buildout of new markets in Florida, Ohio and New York in preparation for revenue generation in the second half of 2018 and into 2019.

Total revenue for the second quarter of 2018 was $13.6 million, as compared to $3.5 million for the second quarter of 2017 and $10.9 million for the first quarter of 2018. The year-over-year revenue increase was primarily driven by increased wholesale distribution of its finished branded products to retail customers in Illinois and Maryland, along with increased foot traffic in the Company’s retail stores across all five markets. In particular, year-over-year retail growth was driven by new store openings and acquisitions: notably revenue from the acquisition of two Illinois stores, the opening of RISE stores in Pennsylvania and Maryland, a new RISE store in Nevada and the commencement of adult use sales in the Nevada market.

General and administrative expenses were $11.3 million for the second quarter of 2018, as compared to $2.5 million for the same period last year. The increase was driven by $4.0 million of salaries and benefits due to an increase in headcount from the Company’s new retail facilities in Illinois, Nevada, Maryland and Pennsylvania along with corporate staff development and a non-cash charge related to equity incentive compensation of $1.0 million. The Company also recorded a non-cash listing fee of $3.0 million in addition to $1.3 million of one-time professional fees related to the RTO.

Other income was $34.5 million for the second quarter of 2018, primarily reflecting the fair market value of outstanding warrants held in iAnthus Capital Holdings related to a Debenture Purchase Agreement with the company that was executed in January of 2018.

Subsequent to the end of the second quarter, GTI closed a bought deal financing for net proceeds of $59 million. The net proceeds will provide funding to close the definitive agreement to acquire a license in New York and the buildout of five Ohio dispensaries.

Total authorized and issued common shares on a fully diluted basis including the subsequent raise is 146,771,034.

Additional information relating to the Company’s second quarter 2018 results is available on SEDAR at www.sedar.com in the Company’s Interim Financial Statements and Management Discussion & Analysis (“MD&A”).

GTI refers to certain non-IFRS financial measures such as Earnings Before Interest, Taxes, Depreciation and Amortization (EBITDA) and adjusted EBITDA earnings defined as earnings before interest, taxes, depreciation, amortization, less certain non-cash equity compensation expense, including one-time transaction fees and all other non-cash items. These measures do not have any standardized meaning prescribed by IFRS and may not be comparable to similar measures presented by other issuers.

GTI will host a conference call on Tuesday, August 28, 2018 at 5:00 pm ET to discuss its financial results for the second quarter ended 2018. The conference call may be accessed by dialing 877-273-8145 (Toll-Free) or 647-689-5400 (International) with conference ID: 6479046. A live audio webcast of the call will also be available on the Investor Relations section of GTI’s website at https://www.gtigrows.com/investors and will be archived for replay.

Green Thumb Industries (GTI), a national cannabis cultivator, processor and dispensary operator, is dedicated to providing dignified access to safe and effective cannabis nationwide while giving back to the communities in which it serves. As a vertically integrated company, GTI manufactures and sells a well-rounded suite of branded cannabis products including flower, concentrates, edibles, and topicals. The Company also owns and operates a rapidly growing national chain of retail cannabis stores called RISE™ dispensaries. Headquartered in Chicago, Illinois, GTI has eight manufacturing facilities and licenses for 59 retail locations across eight highly regulated U.S. markets. Established in 2014, GTI employs approximately 400 people and serves thousands of patients and customers each year. GTI was named a Best Workplace 2018 by Crain’s Chicago Business. More information is available at GTIgrows.com. 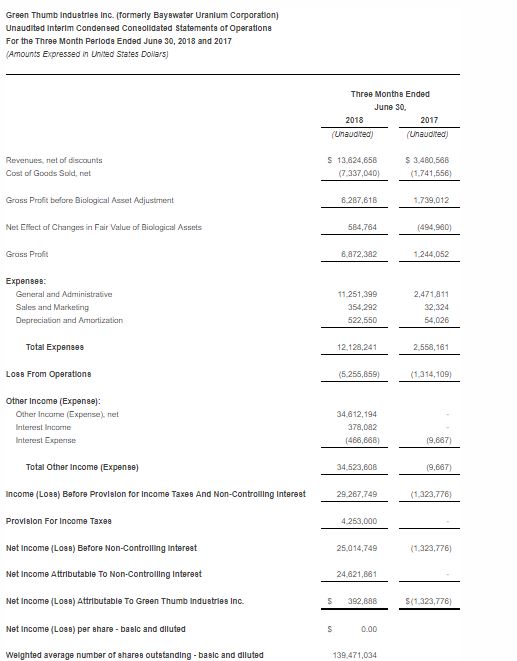 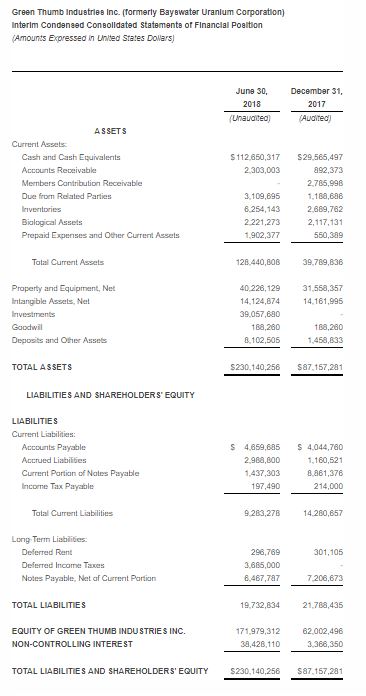 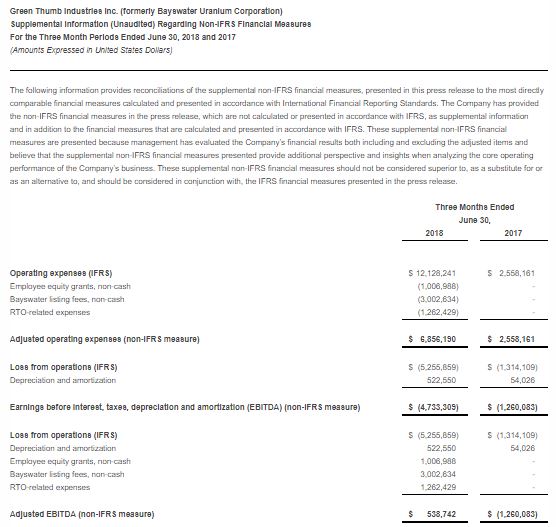