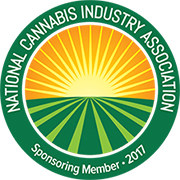 Our vision is to become the leading provider of relevant information in the cannabis industry by contributing original content and curating quality news on the most promising businesses and influential investors, and helping to bridge the gaps between cannabis industry entrepreneurs and investors.

The cannabis industry is quickly transforming from the black market to one that is highly regulated but quite complex. Rapid change, federal illegality, stigma, and confusing regulations all contribute to difficulties in connecting with entrepreneurs, investors, and professional service providers. While much progress has been made, it remains extremely challenging to identify legitimate companies, real investors and capable service providers. New Cannabis Ventures informs and connects all of those who seek to contribute to the success of this new industry.

Based in Houston, Alan leverages his experience as founder of online community 420 Investor, the first and still largest due diligence platform focused on the publicly-traded stocks in the cannabis industry. With his extensive network in the cannabis community, Alan continues to find new ways to connect the industry and facilitate its sustainable growth. At New Cannabis Ventures, he is responsible for content development and strategic alliances. Before shifting his focus to the cannabis industry in early 2013, Alan, who began his career on Wall Street in 1986, worked as an independent research analyst following over two decades in research and portfolio management. A prolific writer, with over 650 articles published since 2007 at Seeking Alpha, where he has 70,000 followers, Alan is a frequent speaker at industry conferences and a frequent source to the media, including the NY Times, the Wall Street Journal, Fox Business, and Bloomberg TV, and has written columns for Leafly and Forbes.

Based in Florida, Joel brings his entrepreneurial track record and involvement in 420 Funders to New Cannabis Ventures, where he oversees technology, creative direction and operational aspects. With over 10 years of experience managing and launching digital projects and ventures and a thorough knowledge of current best practices, technologies & processes, Joel also recently served as Director of Special Projects for financial media outlet, Benzinga.

Learn about potential opportunities in the rapidly changing space and become familiar with leading professional investors focused on the industry.

Get to know other companies in the space, connect with potential investors, identify ancillary companies that can help you succeed, attract media attention & build brand awareness.

Identify companies in the cannabis industry (directly or indirectly) or investors in need of your products or services.