We are pleased to deliver another quarter of solid execution highlighted by significant improvements to profitability on top of strong revenue growth. Our consumer products and retail businesses continue to scale as expected. Critical to our ongoing success is a strong balance sheet that provides us with ample liquidity and financial flexibility to support our growth plans.

“We continue to make progress on the “Open and Scale” chapter of the business, solidifying our position in our current markets by investing in the infrastructure that is required to distribute brands at scale,” Kovler continued. “We are starting to see leverage in the platform that we built. Our brand portfolio is now produced, distributed and sold in eight markets, a significant improvement from our position just one year ago, and yet this is just the beginning. To meet growing demand in key markets such as Illinois, Pennsylvania and Massachusetts, we continue to expand our cultivation and manufacturing capacity. Our stores are delivering same store sales that exceed our expectations. We are well positioned to end 2019 on a strong note and expect to generate over $200 million in total revenue for the year as planned.”

In the third quarter, GTI generated revenue from 11 of its 12 markets: California, Colorado, Connecticut, Florida, Illinois, Maryland, Massachusetts, Nevada, New York, Ohio and Pennsylvania. The Company also ramped up expenses related to the build out of New Jersey, in preparation for revenue generation over the next six months.

Additional information relating to the Company’s third quarter 2019 results is available on SEDAR at www.sedar.com in the Company’s Interim Financial Statements and Management Discussion & Analysis (“MD&A”).

GTI refers to certain non-IFRS financial measures such as Earnings Before Interest, Taxes, Depreciation and Amortization (EBITDA), and adjusted operating EBITDA earnings defined as earnings before interest, taxes, depreciation, amortization, less certain non-cash equity compensation expense, including one-time transaction fees and all other non-cash items. These measures do not have any standardized meaning prescribed by IFRS and may not be comparable to similar measures presented by other issuers.

GTI will host a conference call on Wednesday, November 20, 2019 at 5:00 pm ET to discuss its financial results for the third quarter ended September 30, 2019. The conference call may be accessed by dialing 877-273-8145 (Toll-Free) or 647-689-5400 (International) with conference ID: 7085899. A live audio webcast of the call will also be available on the Investor Relations section of GTI’s website at https://www.gtigrows.com/investors and will be archived for replay.

Green Thumb Industries (GTI), a national cannabis consumer packaged goods company and retailer, is dedicated to providing dignified access to cannabis while giving back to the communities in which they serve. GTI manufactures and distributes a portfolio of branded cannabis products including Rythm, Dogwalkers, The Feel Collection, incredibles and Beboe, among others. The company also owns and operates rapidly growing national retail cannabis stores called Rise™ and Essence. Headquartered in Chicago, Illinois, GTI has 13 manufacturing facilities, licenses for 96 retail locations and operations across 12 U.S. markets. Established in 2014, GTI employs approximately 1,300 people and serves thousands of patients and customers each year. GTI was named a Best Workplace 2018 by Crain’s Chicago Business. More information is available at GTIgrows.com. 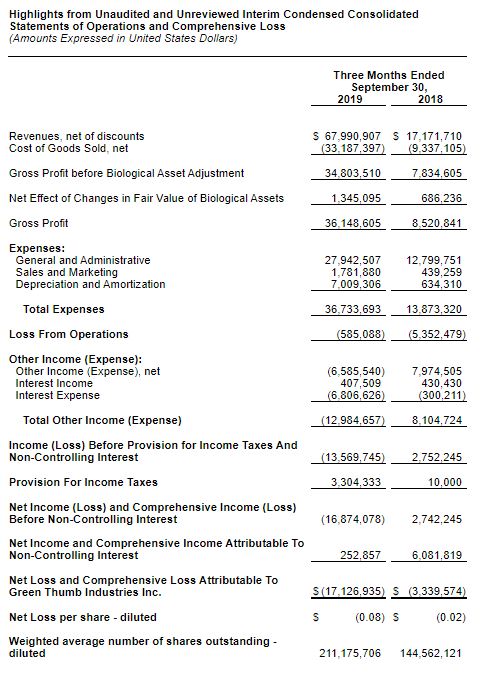 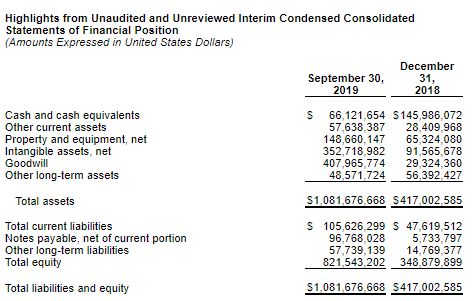 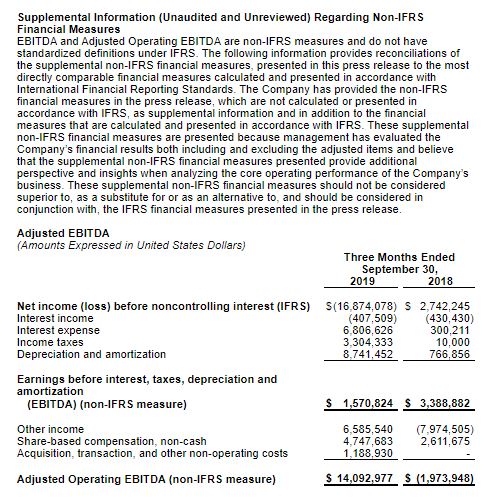