2018 was a momentous year for GTI. In just six months following our RTO in June and in the beginning of 2019, we have expanded the infrastructure for our consumer products and retail businesses to now include 13 production facilities and the ability to open 88 retail locations across 12 states including pending acquisitions.

At the same time, we have built an incredible team that is over 500 strong to support our strategy to distribute brands at scale. With the growth of our branded product distribution, new store openings and adult-use markets coming on line, we are very pleased to have more than tripled our revenues from one year ago both year-over-year and quarter-over-quarter.

“Discipline continues to drive how we allocate capital to create long-term shareholder value,” Kovler continued. “We continue to execute against our strategic priorities for 2019: 1) establish a leading brand portfolio through innovation, standardization, and distribution; 2) accelerate retail growth through new store openings and consumer loyalty, and 3) bolster infrastructure with people, process, and technology to deliver sustainable profitable growth.”

During and subsequent to the fourth quarter, through business development and acquisition-related activities, GTI executed on its ‘Enter, Open, Scale’ strategy to expand market presence and scale operations. The Company made significant progress in the following areas:

On a pro forma basis, revenue for the fourth quarter exceeded $44 million. This included revenue from the M&A transactions that closed in first quarter 2019 and those that are currently pending.

In the fourth quarter, GTI generated operating revenue in five markets: Nevada, Illinois, Pennsylvania, Massachusetts, and Maryland. The Company made capital investments related to the build out of new markets in Florida, Nevada, Ohio and New York in anticipation of revenue generation in the first half of 2019. Subsequent to year end, consumer products revenue began in Nevada and retail revenue in Florida.

Total other income was $8.7 million for the fourth quarter and $51.6 million for the year. This non-operating income reflected the net increase in asset value of the Company’s strategic investment portfolio as well as noncontrolling interests.

GTI refers to certain non-IFRS financial measures such as Earnings Before Interest, Taxes, Depreciation and Amortization (EBITDA) and adjusted EBITDA earnings defined as earnings before interest, other income, taxes, depreciation, amortization, less certain non-cash equity compensation expense, including one-time transaction fees and all other non-cash items. These measures do not have any standardized meaning prescribed by IFRS and may not be comparable to similar measures presented by other issuers.Please see the “Supplemental Information (Unaudited) Regarding Non-IFRS ¹Financial Measures” at the end of this press release for more detailed information regarding non-IFRS financial measures.

GTI will host a conference call on Tuesday, April 9, 2019 at 5:00 pm ET to discuss its financial results for the fourth quarter and full year ended December 31, 2018. The conference call may be accessed by dialing 877-273-8145 (Toll-Free) or 647-689-5400 (International) with conference ID: 8565998. A live audio webcast of the call will also be available on the Investor Relations section of GTI’s website at https://www.gtigrows.com/investors and will be archived for replay.

Green Thumb Industries (GTI), a national cannabis consumer packaged goods company and retailer, is dedicated to providing dignified access to safe and effective cannabis while giving back to the communities in which they serve. As a vertically integrated company, GTI manufactures and sells a well-rounded suite of branded cannabis products including flower, concentrates, edibles, and topicals. The company also owns and operates a rapidly growing national chain of retail cannabis stores called Rise™. Headquartered in Chicago, Illinois, GTI has 11 manufacturing facilities, licenses for 77 retail locations and operations across 12 U.S. markets. Established in 2014, GTI employs approximately 600 people and serves thousands of patients and customers each year. GTI was named a Best Workplace 2018 by Crain’s Chicago Business. More information is available at GTIgrows.com. 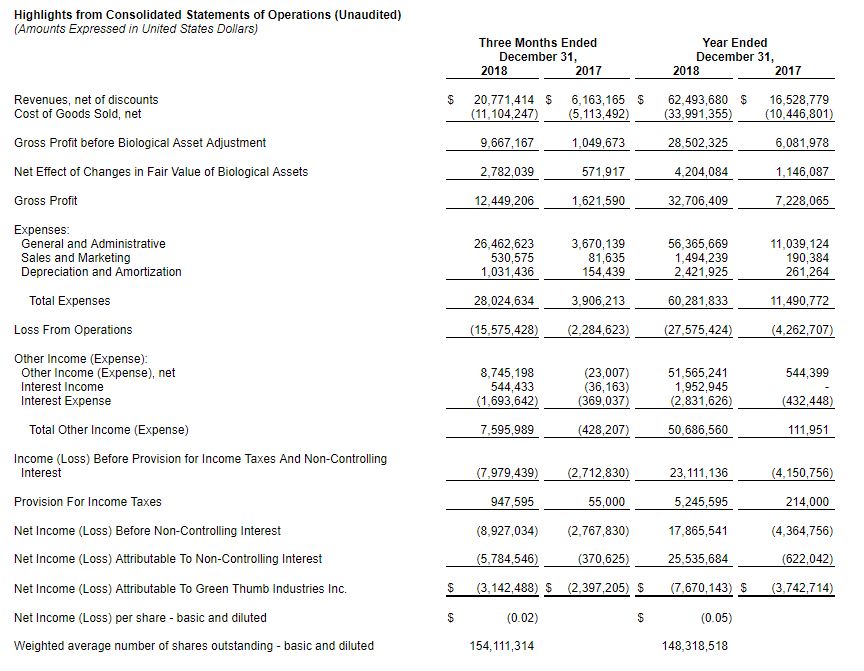 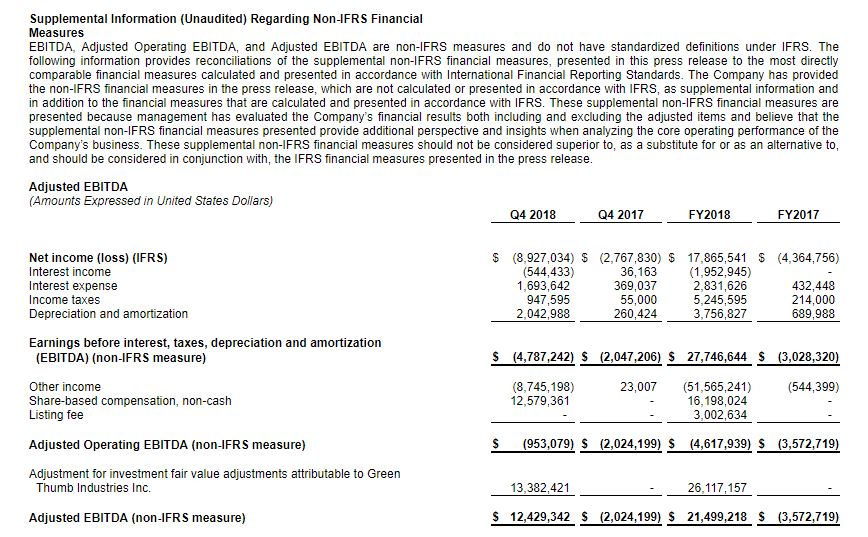 This Cannabis Stock Catalyst is Kicking In