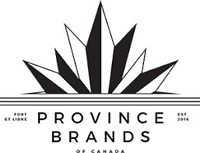 TORONTO, Nov. 7, 2018 /CNW/ – Province Brands of Canada — the Canadian company developing the world’s first beer brewed from the cannabis plant — has signed a term sheet with Yukon Brewing to distribute its first commercially available beer, Cambridge Bay Imperial Pilsner, in Yukon in the first half of 2019, before its Canada-wide release.

Unlike Province Brands of Canada’s flagship developing product — non-alcoholic beers that intoxicate using THC and other phytocannabinoids — Cambridge Bay Imperial Pilsner is a hemp-based beer and will contain alcohol.

Since its inception in 2016, Province Brands of Canada has made headlines around the world for developing the patent-pending process and formulations behind the world’s first beers brewed from cannabis. Province Brands’ unique brewing process utilizes specialized equipment and technologies to “mash” (i.e. extract sugars from) the stalks, stems and roots of premium cannabis grown in Canada, and then ferments those sugars in the presence of hops and brewer’s yeast to create an authentically crafted cannabis beer.

Cambridge Bay Imperial Pilsner is brewed via the same patent-pending process used to create Province Brands’ forthcoming non-alcoholic beers that intoxicate using THC and other phytocannabinoids. Whereas those beers are made by mashing and fermenting marijuana biomass, Cambridge Bay Imperial Pilsner is brewed by mashing and fermenting the stalks, stems and roots of a different, fully legal type of the cannabis plant: premium, food-grade hemp.

Marijuana is a controlled substance in Canada, and its recreational use is governed by the Cannabis Act. No hemp flower or viable hemp seeds are used when brewing Province Brands’ Cambridge Bay Imperial Pilsner, and the parts of the hemp plant mashed to make this beer are not considered a controlled substance in Canada. Cambridge Bay Imperial Pilsner does not contain any marijuana. It is not infused with CBD or any phytocannabinoids, and any phytocannabinoids present in the beer are at levels comparable to those found in the hemp seeds, hemp seed oil or hemp protein available at most grocery stores across Canada – which is to say they fall well below the threshold to be considered a controlled substance.

“We got tired of waiting for Canada to legalize marijuana beverages,” said Dooma Wendschuh, Co-Founder and CEO of Province Brands. “Honestly, developing our patent-pending process to brew a beer from cannabis has been so challenging that I never would have imagined we could possibly be ready to launch a commercial product before Canada allowed the sale of marijuana beverages. But thanks to our phenomenal research and development team and our Master Brewer, Rob Kevwitch, we accomplished the unimaginable, so we just had to put something on the market. ”

The world may still have to wait for Canada to legalize marijuana edibles and beverages, but consumers shouldn’t have to wait to taste the phenomenal flavour of the world’s first beer brewed from hemp in place of barley. 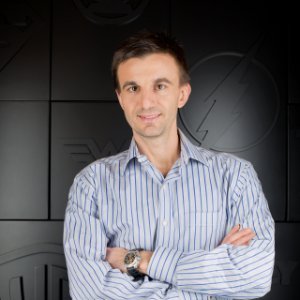 “Every brewer we talked to said this could not be done. They said we’d never be able to get any alcohol out of the cannabis (or hemp) plant. Well, we showed them that not only can we get alcohol from the plant but we can get a lot.” said Rob Kevwitch, Ph.D., Province Brands’ Master Brewer. “We’re starting with a 7% ABV Imperial Pilsner, but this process is so versatile, we can make any style of beer from hemp or marijuana: alcoholic, non-alcoholic, lager, ale, stout, IPA, bock, porter…anything.”

So-called “hemp beers” are an increasingly popular style of flavoured beer in North America and Europe. These beers are brewed from barley or grains in the traditional manner and then flavoured with toasted hemp seeds. By contrast, Province Brands of Canada’s Cambridge Bay Imperial Pilsner is created by mashing and fermenting hemp stalks and stems instead of barley or other grains, and as such is gluten-free and lower calorie.

Inspired by the great expeditions along Canada’s northern frontier, Cambridge Bay is a premium brand that embodies the Canadian spirit of adventure and exploration – past, present and future. As an homage to this spirit of adventure, Cambridge Bay will launch in the Yukon Territory in the first half of 2019 before being released across Canada. Province Brands of Canada intends to sell both Cambridge Bay Imperial Pilsner and (once allowed by law) non-alcoholic marijuana beers in all 13 of Canada’s provinces and territories.

Province Brands of Canada is currently constructing a 123,000 square foot building in Grimsby, Ontario, which will be the world’s first cannabis brewery and will enable Province Brands to meet initial forecasted product demand in each province and territory.

“We’re excited to work with Province Brands to launch this innovation in beer in the Yukon first,” said Bob Baxter, co-founder of Yukon Brewing. “Our brewers have worked closely with Province Brands’ master brewer to create a hemp-based beer that’s the first of its kind while staying true to the quality of beer we’ve supplied to the north since 1997.”

Province Brands of Canada is an early stage, highly disruptive premium adult beverage company founded by veteran entrepreneurs with extensive experience in the premium alcohol and legal medical and recreational cannabis industries. Province Brands’ patent-pending process has created the world’s first beers brewed from cannabis while utilizing parts of the cannabis plant, which would otherwise have no commercial value. Alcohol-free yet intoxicating, and with a dose-response curve similar to that of alcohol, Province Brands’ cannabis-powered beers and spirits will challenge the alcohol industry by offering a safer and healthier alternative that is also gluten-free and low in calories and sugar.

Yukon Brewing opened its doors in 1997 under the name Chilkoot Brewing Co. Ltd. Owners Alan and Bob conceived their idea like many Yukon babies – around a campfire on a canoe trip. Both Ontario natives, they’ve lived and worked in the Territory for a good deal of their adult lives. From that inaugural conversation grew plans for a craft brewery that would service the North with quality beer while keeping jobs and money in the Territory. Over a decade later, Yukon Brewing (as it is called today) continues to work towards that goal. Bob and Alan continue as owners and chief operators, growing the company outside the Yukon. The brewery’s eight packaged beers are available across Alberta and BC, with some even finding their way as far east as Quebec and at the Hanover Zoo in Germany.