TORONTO, Nov. 20, 2019 /PRNewswire/ – TerrAscend Corp. (CSE: TER;OTCQX: TRSSF) (“TerrAscend” or “the Company”), the first and only global cannabis company licensed for sales in Canada, the U.S., and the EU, today reported financial results for the third quarter ending September 30, 2019. All figures are reported in Canadian dollars, unless otherwise indicated.

Two weeks into my new role, I continue to be impressed with TerrAscend’s unique assets and competitive positioning in both the United States and Canada. 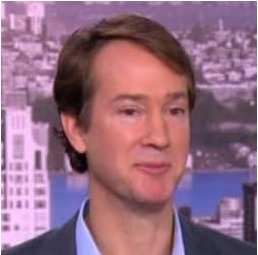 I see even greater potential for our business as we sharpen our focus on the U.S., where we are extremely well positioned to become a leader in the markets we serve. My top priority now is to operationalize the company’s strategy while driving continued growth, improving profitability and fortifying our financial strength.

Added Michael Nashat, CEO of TerrAscend, “We are on track to deliver a year of tremendous progress for the overall company both operationally and financially. This has been especially evident in recent months, where we expanded our portfolio of U.S. assets with the addition of Ilera Healthcare in Pennsylvania, booked our first international shipment of medical cannabis to Europe, and received Health Canada approvals which tripled the licensed space at our Mississauga facility enabling future sales of new product formats and extracts for the Canadian Cannabis 2.0 market. Meanwhile, we have grown total sales in the third quarter to nearly $27 million from less than $2 million a year ago with improving margins.”

Looking ahead, we anticipate significantly higher revenue and continued improvement in Adjusted EBITDA margin in the fourth quarter, and further improvement on both fronts next year. While the current Canadian environment has presented challenges for the industry as a whole, the future is bright for TerrAscend and our ability to build long-term shareholder value. 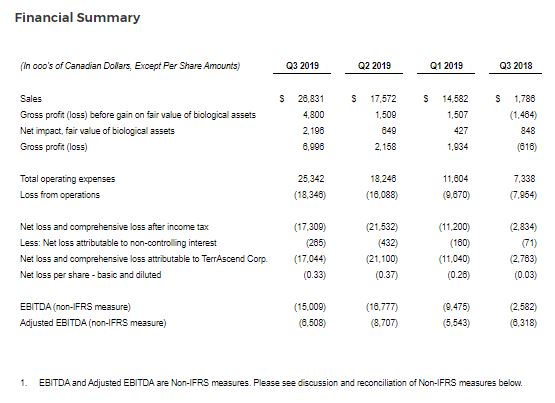 Late in the third quarter, TerrAscend acquired Ilera Healthcare LLC (“Ilera”), the owner of one of five fully vertically integrated licenses in the State of Pennsylvania. Ilera operates a retail dispensary in Plymouth Meeting, PA, with plans to open two additional dispensary sites in the Philadelphia area. The operations include a 67,000 sq. ft. site for cultivation and processing in Waterfall, PA with planned expansion to over 120,000 sq. ft. in 2020. In addition to selling its cannabis products in its own dispensary, Ilera distributes to 70 dispensaries throughout Pennsylvania.

TerrAscend entered into a definitive agreement to acquire a company that operates a Bay Area cultivation facility and owns State Flower, the premium cannabis brand. State Flower is currently sold through dispensaries in California and Nevada, including The Apothecarium.

TerrAscend Canada received an amendment to its license from Health Canada to allow it to sell cannabis oils from its EU GMP certified facility in Mississauga, Ontario. Sale of cannabis oil sales began immediately through TerrAscend’s medical marketplace, Solace Health.

TerrAscend Canada made its first international shipment to Germany through its sales and distribution agreement with iuvo Therapeutics GmbH, making it the first and only global cannabis operator with sales in the US, Canada, and the EU.

On October 7, 2019, TerrAscend Canada announced that it received approval from Health Canada for an expansion at its Mississauga, Ontario facility, nearly tripling its licensed space to 51,800 sq. ft. The expanded space includes additional cultivation capacity, a commercial kitchen, formulation rooms, and increased primary and secondary packaging capacity to allow for new product formats and extracts for the Canadian Cannabis 2.0 market.

On October 11, 2019, The Apothecarium was nominated as a finalist in the U.S. Retail Market Leader category in the inaugural MJBizDaily Awards.

On October 22, 2019, TerrAscend Canada received an additional amendment to its license from Health Canada to allow for sales of cannabis extracts, topicals and edibles.

On October 23, 2019, TerrAscend Canada announced a strategic partnership with Kindred Partners Inc., a specialty cannabis brokerage and services company, where Kindred will serve as the exclusive broker for TerrAscend’s adult-use cannabis products in Canada.

On November 4, 2019, the Company announced the appointment of Jason Ackerman to the Board of Directors in the role of Executive Chairman.

On August 27, 2019, the Company announced the early exercise of purchase warrants to acquire proportionate voting shares representing 28,636,361 common shares of the Company for aggregate proceeds of approximately $31.5 million. The proceeds were used to fund the Company’s growth initiatives and for working capital purposes.

On October 2, 2019, the Company announced a non-brokered private placement of unsecured convertible debentures and warrants in the amount of US$25 million and has successfully closed two tranches for total proceeds of $18.0 million. The first tranche of the offering consisted of a US$10 million investment from Canopy Rivers Inc. (TSX: RIV, OTC: CNPOF) into TerrAscend Canada. The Company intends to use the proceeds from the first tranche to fund its growth initiatives, capital expenditures, working capital and general corporate purposes, provided that none of the proceeds may be used in connection with any cannabis or cannabis-related operations in the U.S. The Company subsequently closed on a second tranche on November 7, 2019, for additional gross proceeds of approximately $4.76 million, which may be used for all operations. The Company continues to work toward the closing an additional tranche or tranches. The Company is also discussing financing options with multiple strategic investors to support growth and looks forward to providing updates at the appropriate time.

On November 4, 2019, the Company’s wholly owned subsidiary, Ilera, entered into a loan agreement with a related party to borrow up to US$4 million, bearing interest at 12% per annum, payable monthly, and due on or before June 30, 2020, with no prepayment penalty. US$2 million has been subsequently drawn to fund the expansion of the Pennsylvania facility.

TerrAscend provides quality products, brands, and services to the global cannabinoid market. As the first North American Operator (NAO), with scale operations in both Canada and the US, the Company participates in the medical and legal adult use market across Canada and in several US states where cannabis has been legalized for therapeutic or adult use. TerrAscend is the first and only cannabis company with sales in the US, Canada, and Europe. TerrAscend operates a number of synergistic businesses, including The Apothecarium, an award-winning cannabis dispensary with several retail locations in California and Nevada; Arise Bioscience Inc., a manufacturer and distributor of hemp-derived products; Ilera Healthcare LLC, Pennsylvania’s premier medical marijuana cultivator, processor and dispenser; Ascendant Laboratories Inc., a biotechnology and licensing company committed to the continuous improvement of cannabinoid expressing plants; Solace RX Inc., a proposed Drug Preparation Premises (DPP) focused on the development of novel formulations and delivery forms; and Valhalla Confections, a manufacturer of premium cannabis-infused edibles. Additionally, TerrAscend has been chosen by the State of New Jersey to be one of six permit applicants for a vertically integrated medical cannabis operation. For more information, visit www.terrascend.com. 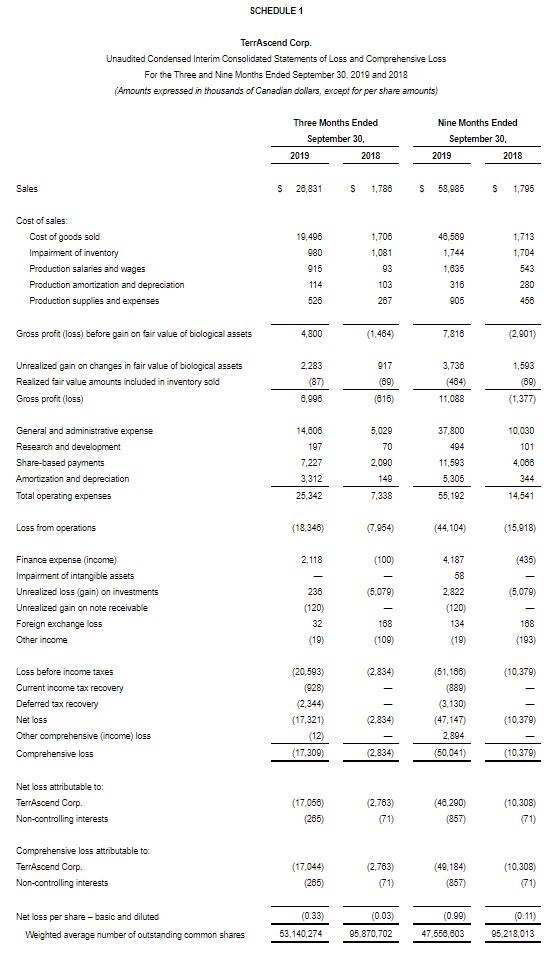 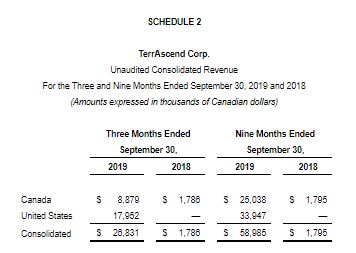 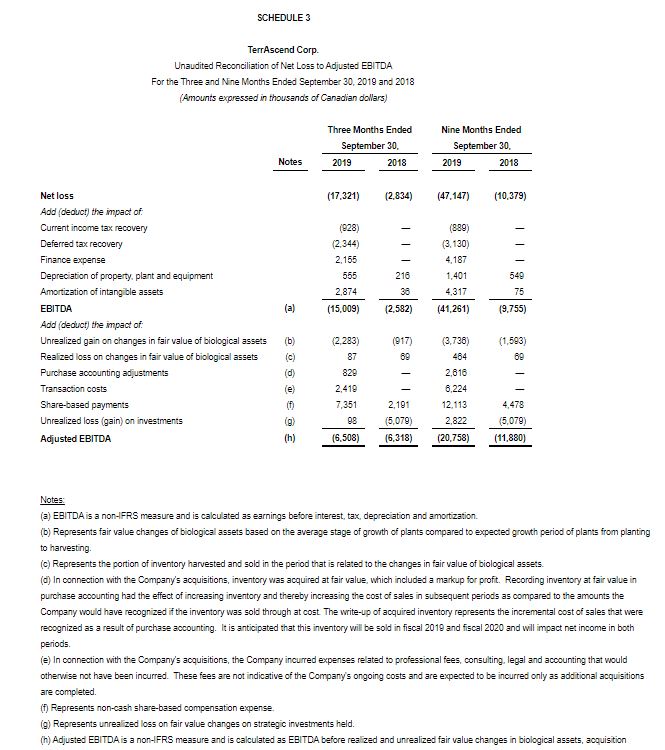