TORONTO, Nov. 4, 2019 /PRNewswire/ – TerrAscend Corp. (CSE: TER;OTCQX: TRSSF) (“TerrAscend” or “the Company”), the first and only global cannabis company licensed for sales in Canada, the US, and the EU, today announced changes to its leadership team and provided a business update. Today, the Company also announced preliminary unaudited revenue for the third quarter ended September 30, 2019, and provided an update to its financial outlook.

Although we will miss our projections based on poor forecasting for our Canadian business, this should not detract from what is shaping up to be a tremendous year. Q3 sales were approximately $26 million compared to $1.8 million in Q3 last year. 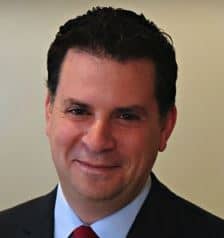 Since completing the November 2018 reorganization allowing us to enter the United States, TerrAscend has announced and closed the U.S. acquisitions of Arise Bioscience, The Apothecarium of San Francisco, and Ilera Healthcare. Each deal individually brought progressively higher revenue and improved Adjusted EBITDA margins. In a very short period of time, we have built TerrAscend into a company that’s generating over $100 million in annualized run rate sales with improving margins.

Added Jason Wild, “When we initially offered guidance earlier in the year, we thought our continued ability to execute would overcome slower than expected growth in the Canadian retail market. Unfortunately, we have realized that achieving our 2019 revenue target would lower our return on capital due to unacceptable profit margins in Canada, especially as compared to our U.S. business units. We are therefore withdrawing our 2019 revenue guidance of $141 million.”

As the Company has elected to build a leadership team in New York with a focus on operational excellence, TerrAscend is pleased to announce key changes to its Board of Directors and executive team. New York-based Jason Ackerman, founder and former CEO of online grocer FreshDirect, has been appointed to the Company’s Board of Directors and named to the role of Executive Chairman. Effective immediately, Mr. Ackerman will oversee day-to-day operations of the Company and serve alongside Chairman Jason Wild and CEO Michael Nashat. Mr. Ackerman is an accomplished leader and business builder, who pioneered the development of the on-line grocery industry. In his eighteen years at the helm of FreshDirect, he built the business from the ground up, organically growing the Company to over $600 million in annual sales operating in 7 states. He is a Senior Advisor for the Boston Consulting Group, one of the leading strategy consulting firms in the world.

“We’re privileged to welcome a leader of Jason’s caliber to the TerrAscend Board of Directors and the executive team,” said Jason Wild, Chairman of TerrAscend. “We look forward to working with Jason and leveraging his retail and distribution experience as we continue to build a global business focused on profitable growth. I know we can put his skills to good use – be it with org structure and talent, technology, marketing, product development, and logistics and supply chain know-how.”

“I initiated contact with JW several months ago to learn more about the cannabis industry. What I discovered about the industry, and more importantly TerrAscend, convinced me to join the team,” said Jason Ackerman. “With its unique combination of strong assets and competitive positioning in the markets it serves, TerrAscend has a bright future as a global cannabinoid company. I’m honored to serve on the Board of Directors and to take on the Executive Chairman role. I look forward to helping the Company realize its full potential.”

Heather Molloy has also been promoted to Chief Strategy Officer. Ms. Molloy joined the Company in May 2018 and has played an integral role in executing the Company’s growth strategy as EVP Corporate Development. She led the Company’s Arise Bioscience, The Apothecarium, State Flower and Ilera Healthcare transactions, and will oversee the strategic integration of those businesses into the Company with the guidance of Jason Ackerman. Ms. Molloy has extensive experience in the cannabis market and over 20 years prior experience in finance, structured credit, capital markets and investing, having spent most of her career at Swiss Re.

Additionally, President Matthew Johnson, whose efforts helped lay the foundation of TerrAscend’s U.S. platform over the past eleven months, has departed the Company.

Over the course of the past several months, it has become clear that the Canadian cannabis marketplace has not developed at the pace we and others anticipated, particularly related to the rollout of retail storefronts. 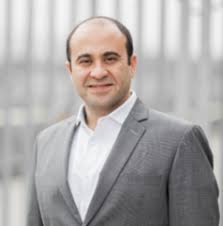 Under these conditions, we believe it is prudent to adopt a more measured approach in Canada. We are therefore taking targeted actions to align our operating model in Canada with current market conditions. In aggregate, Canadian initiatives are expected to produce material cost savings with full implementation by early 2020.

Michael Nashat added, “We made a strategic decision in 2017 to focus our efforts on post-harvest production and product manufacturing, rather than cultivation. This enables us to run a lean operation with less than 130 staff in Canada and take advantage of rapidly declining wholesale flower costs, which over the past four months alone have dropped by more than 30%. With our Canadian facility fully funded and built out, the Company is taking steps to align its capital and operational expenditures. Canada will be run for profit like all of TerrAscend’s divisions.”

While TerrAscend will adjust to the near-term market environment, the Company continues to believe it is well positioned to compete in Canada because our operations offer the flexibility to scale at a rapid pace as market conditions improve. Our key competitive advantages include 1) scalability to process final packaged goods with low overhead costs, 2) EU-GMP certification with the ability to focus on international markets including Germany, Poland, Denmark, Australia and other emerging markets, 3) targeting existing cultivation solely for higher margin export markets, 4) unique and innovative Cannabis 2.0 products, 5) flexible inventory management due to a smaller cultivation footprint, and 6) diversified operations including SolaceRX, a proposed Drug Preparation Premises.

TerrAscend is highly focused on continually driving operational and organizational improvement across its U.S. operations and has moved to consolidate its corporate offices in New York. Furthermore, Greg Rochlin, the CEO of Ilera Healthcare, will focus on running the Company’s cannabis operations in the eastern part of the United States, and Ryan Hudson, the CEO of The Apothecarium, will be charged with managing the west coast. Both Greg and Ryan will report into Jason Ackerman.

In the United States, TerrAscend continues to see growth across its cannabis platforms while focusing on opportunities in attractive markets such as California, Nevada, New Jersey and Pennsylvania. The Company continues to drive organic growth in these markets through initiatives to increase cultivation and processing capacity, as well as expand the number of retail outlets within its existing footprint. The Company looks forward to providing additional U.S. market updates in the coming weeks.

For the third quarter ended September 30, 2019, the Company expects preliminary unaudited revenue of $26 million, a nearly 50% increase compared to the second quarter, with improved Adjusted EBITDA margin over the second quarter, driven by the U.S. segment. Looking ahead, the Company expects significantly higher revenue and continued improvement in Adjusted EBITDA margin in the fourth quarter. Based upon the slower development of the Canadian cannabis marketplace and the Company’s strategic decision to forego lower margin Canadian revenue in favor of larger and higher-margin U.S. markets, the Company has withdrawn its revenue guidance of $141 million for 2019.

The Company intends to release its complete financial results for the third quarter ended September 30, 2019, on November 20, 2019.

The first tranche of the proposed non-brokered private placement (the “Offerings”), a US$10 million lead order by Canopy Rivers Inc. (TSX: RIV, OTC: CNPOF), closed on October 2, 2019. The Company continues to work toward the closing of the second tranche. The Company is also discussing financing options with multiple strategic investors to support growth and looks forward to providing updates at the appropriate time.

TerrAscend provides quality products, brands, and services to the global cannabinoid market. As the first North American Operator (NAO), with scale operations in both Canada and the US, the Company participates in the medical and legal adult use market across Canada and in several US states where cannabis has been legalized for therapeutic or adult use. TerrAscend is the first and only cannabis company with sales in the US, Canada, and Europe. TerrAscend operates a number of synergistic businesses, including The Apothecarium, an award-winning cannabis dispensary with several retail locations in California and Nevada; Arise Bioscience Inc., a manufacturer and distributor of hemp-derived products; Ilera Healthcare, Pennsylvania’s premier medical marijuana cultivator, processor and dispenser; Ascendant Laboratories Inc., a biotechnology and licensing company committed to the continuous improvement of cannabinoid expressing plants; Solace RX Inc., a proposed Drug Preparation Premises (DPP) focused on the development of novel formulations and delivery forms; and Valhalla Confections, a manufacturer of premium cannabis-infused edibles. Additionally, TerrAscend has been chosen by the State of New Jersey to be one of six permit applicants for a vertically integrated medical cannabis operation. For more information, visit www.terrascend.com.