CLARENCE, N.Y., May 12, 2016 (BUSINESS WIRE) — 22nd Century Group, Inc. (NYSE MKT: XXII), a plant biotechnology company that is a leader in tobacco harm reduction and cannabis research, announced today that it is launching a major new initiative to produce medically important cannabinoids in plants other than cannabis – including tobacco plants.

In support of this initiative, the Company also announced that has opened its own fully-outfitted molecular biology laboratories in the Cleveland BioLabs building on the Buffalo Niagara Medical Campus. 22nd Century’s new laboratories will host cutting-edge research in industrial hemp/cannabis and tobacco biotechnology. Paul J. Rushton, Ph.D., the Company’s recently appointed Cambridge and Max Planck Institute-educated Vice President of Plant Biotechnology, will manage the Company’s research efforts at the new laboratories.

Under a worldwide license agreement with Anandia Laboratories Inc. (Anandia), 22nd Century enjoys exclusive rights in the U.S. to genes required for cannabinoid production in the cannabis plant. The proprietary technology facilitates the modification of cannabinoid levels in cannabis, providing 22nd Century Group an exclusive competitive advantage in the burgeoning area of cannabis biotechnology. In brief, the proprietary technology provides the Company with tools to increase or decrease the production and content of all or certain subsets of cannabinoids in the cannabis plant.

Using tobacco as a “bio-factory” to produce cannabinoids is an approach that only 22nd Century can pursue since the Company is in the unique position of having vast experience with manipulating tobacco and is also the only company in the United States with complete freedom to operate in the cannabinoid biosynthetic pathway. Through this innovative research, the Company intends to cost-effectively produce commercial quantities of marijuana cannabinoids – including CBD and CBC – that show great promise in treating neurological disorders and other diseases.

Dr. Rushton explained, “Because cannabis is still not legal at the federal level in the United States, 22nd Century is launching this bold new initiative in order to isolate and produce cannabinoids independent of the cannabis plant; this is not possible for any other company. Our new laboratories will provide 22nd Century with the in-house capability to develop important new enabling technologies and gene discovery in both tobacco and cannabis that could revolutionize both the medical marijuana and smoking cessation industries.”

We are pursuing a broad strategy to make 22nd Century the world leader in cannabis biotechnology. Our Company-operated laboratories will enable us to own, outright, the scientific discoveries, intellectual property and patents that we develop through our research efforts. 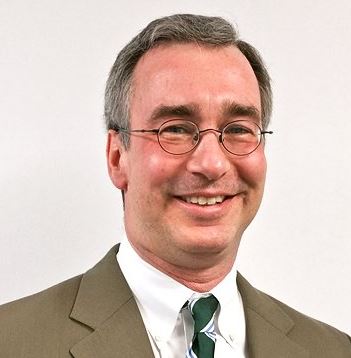 In addition, we are planning an expansion of our sponsored and collaborative research with our strategic partner, Anandia Laboratories in Vancouver, Canada, and with other University partners in the United States. This diversification of our efforts will enable us to legally conduct a full spectrum of industry-leading cannabis research.

22nd Century is a plant biotechnology company focused on technology which allows it to increase or decrease the level of nicotine in tobacco plants and the level of cannabinoids in cannabis plants through genetic engineering and plant breeding. The Company’s primary mission is to reduce the harm caused by smoking. 22nd Century currently owns or exclusively controls more than 200 issued patents and more than 50 pending patent applications around the world. Visit www.xxiicentury.com for more information.

Anandia Laboratories Inc. is a plant biotechnology company focused on developing the next generation of cannabis-based products through a combination of genomics, plant breeding and pharmaceutical science. Anandia aims to build a strong scientific foundation for the therapeutic use of cannabis while staying true to its status as a natural medicine. Anandia will develop and apply new analytical technologies to support the cannabis industry in Canada; create designer cannabis strains; and develop non-smoked cannabis formulations. Anandia aims to be a global leader in creating transformational health and consumer products derived from cannabis.

The Buffalo Niagara Medical Campus (BNMC) is a consortium of the region’s premier health care, life sciences research, and medical education institutions, located on 120 acres in downtown Buffalo, New York. The BNMC is dedicated to the cultivation of a world-class medical campus for clinical care, research, education, and entrepreneurship. For more information, visit: www.bnmc.org

Cautionary Note Regarding Forward-Looking Statements: This press release contains forward-looking information, including all statements that are not statements of historical fact regarding the intent, belief or current expectations of 22nd Century Group, Inc., its directors or its officers with respect to the contents of this press release, including but not limited to our future revenue expectations. The words “may,” “would,” “will,” “expect,” “estimate,” “anticipate,” “believe,” “intend” and similar expressions and variations thereof are intended to identify forward-looking statements. We cannot guarantee future results, levels of activity or performance. You should not place undue reliance on these forward-looking statements, which speak only as of the date that they were made. These cautionary statements should be considered with any written or oral forward-looking statements that we may issue in the future. Except as required by applicable law, including the securities laws of the United States, we do not intend to update any of the forward-looking statements to conform these statements to reflect actual results, later events or circumstances, or to reflect the occurrence of unanticipated events. You should carefully review and consider the various disclosures made by us in our annual report on Form 10-K for the fiscal year ended December 31, 2015, filed on February 18, 2016, including the section entitled “Risk Factors,” and our other reports filed with the U.S Securities and Exchange Commission which attempt to advise interested parties of the risks and factors that may affect our business, financial condition, results of operation and cash flows. If one or more of these risks or uncertainties materialize, or if the underlying assumptions prove incorrect, our actual results may vary materially from those expected or projected.

How the Market’s Terrible September Didn’t Matter Much