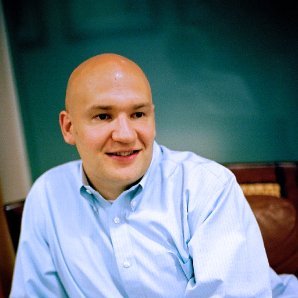 4Front, cannabis management and investment firm, started out with a purely consulting model, but it has grown to hold licenses in four states as it prepares to go public. Co-founder and CEO Josh Rosen spoke with New Cannabis Ventures about the company’s current business model, its push to become operational in multiple states and a recent capital raise.

Before Rosen co-founded 4Front with company president Kris Krane, he worked as an equity analyst for investment bank Credit Suisse. During that time, he got to know University of Phoenix founder and drug reform philanthropist John Sperling, who inspired him in part to search for something new. Rosen wanted to leave the world of Wall Street and find a socially impactful way to apply his skills. In 2011, he took that leap and founded the company with Krane.

The 4Front leadership team has a combination of cannabis-specific expertise and experience from outside industries. Krane, a lifelong drug reform advocate, previously worked in the nonprofit sector as executive director of Students for Sensible Drug Policy. His drive to eliminate cannabis stigma and expand appropriate access is a big piece of the company’s culture. COO Leise Rosman, also from the nonprofit sector, started with company shortly after its founding and quickly rose through the ranks due to her expertise in navigating local regulations in pursuit of licenses. The company recruited Don Schaefer from farm-to-table start up Sweetgreen, and he now serves the company as retail director.

From Consulting to Active Operations

In its early days, 4Front did not touch the plant, instead providing guidance through the regulatory and licensing process, having licensed the intellectual property from a company associated with Harborside. In 2015, the company decided to actively pursue licenses shortly after Rosen and CFO Andrew Thut joined fulltime. Today, consulting is still a part of the company’s model, but pursuing licenses is the majority of its focus going forward, according to Rosen.

4Front’s first branded dispensary is located in Pennsylvania. The company also has licenses in  Illinois, Maryland, and Massachusetts. Right now, the company is operational in Illinois and Pennsylvania, while its Maryland and then Massachusetts locations are expected to come online within the next few months. After ramping up its operations there, Rosen expects the company will continue applying for licenses in new markets and explore potential acquisitions.

Just this month, 4Front closed a $13.4 million capital raise, and the company is converting the majority of its debt, which is just over $3 million with interest. The proceeds of that capital raise are going to support the company’s operations, as well as its plans to go public. Right now, an audit of the company’s 2017 financials is close to being completed. The company initially sought a listing in the U.S., but Rosen believes 4Front will pursue the Canadian route. In advance of going public, the company added an early pioneer in the Canadian cannabis industry, Tom Flow, a co-founder of MedReleaf, to its Board of Directors.

While Rosen is cognizant of the challenges of navigating different state regulatory systems, he expects the company’s increase in operations will make it a transformational year for 4Front.

Listen to the entire interview. 4Front is a client of New Cannabis Ventures:

Cannabis Stocks Are Primed After Four Months of Consolidation

Why MSOs Are So Bullish on the Florida Medical Cannabis Market