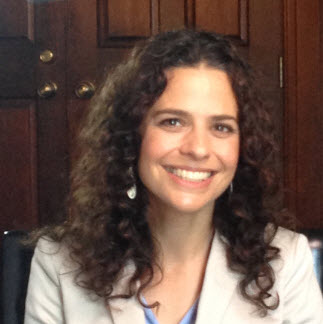 State Legislatures Are Making History, But Still Have a Long Way to Go

Hundreds of cannabis-related bills have been introduced since state legislatures began reconvening in January, making 2018 one of the busiest years ever for marijuana policy in state capitols. It has also been one of the most historic.

Prior to this year, no state had ever legalized marijuana through the legislative process. That changed in January, when the Vermont House of Representatives approved a bill to legalize adult possession and cultivation just hours after U.S. Attorney General Jeff Sessions announced he was rescinding the Cole memo. The Senate followed suit, Republican Gov. Phil Scott signed the bill into law, and less than six months later, on July 1, it took effect.

Despite this pivotal victory, there is still work to be done in Vermont to establish a regulated adult-use marijuana market. Gov. Scott made it clear he would veto any bill that included commercial cultivation and sales if it were sent to him this year, but a commission he appointed in 2017 to study taxing and regulating marijuana will finish its work by the year’s end, setting the stage for a legislative push to create a regulated cannabis industry in 2019.

Vermont is not the only state where we made significant progress toward ending marijuana prohibition this year. Major strides were taken in Connecticut, Delaware, Illinois, and New Hampshire before their legislatures wrapped for the year. With adequate funding, we are optimistic that we can enact cannabis legalization and regulation laws in all four of these states within the next couple of years.

In Connecticut, four committees held hearings on marijuana regulation bills, including one sponsored by the Senate president, and for the first time in state history, one of the committees —the Joint Committee on Appropriations —advanced its legalization bill to the House floor. That proposal would have directed agencies to come up with a plan to legalize and regulate marijuana. While it didn’t receive a floor vote before the legislature adjourned, the stage is set for 2019.

Delaware’s adult-use legislation made it further, receiving a floor vote in the House on June 27 and becoming just the third state in which a majority of a legislative chamber voted to legalize and regulate marijuana. However, the House’s 21-15 vote (with five abstentions) was not enough, as 25 “yes” votes are needed to pass any bill that involves collecting fees or taxes. Many of the state’s lawmakers are up for election this November, so advocates will make sure they get the message that First State voters overwhelmingly support regulating marijuana.

Although Illinois’ marijuana regulation bills did not receive a vote in 2018, they made significant headway behind the scenes. Our legislative champions organized in-depth hearings before several committees, which began in fall 2017 and continued into the 2018 session, which adjourned in late May. Discussions with stakeholders have been ongoing, with a significantly amended version of the bills expected in the latter half of 2018. Support grew substantially among lawmakers this year, and in March, Cook County voters (which includes Chicago and its suburbs) overwhelmingly approved a non-binding measure supporting legalization. Statewide, 66% of voters support legalization for the second year in a row. Meanwhile, incumbent Gov. Bruce Rauner (R), a legalization opponent, has grown deeply unpopular, and Democratic nominee J.B. Prizker, who has made legalization a campaign issue, has developed a significant lead in the polls.

In New Hampshire, a study commission on taxing and regulating cannabis has been taking testimony since fall 2017 and will issue a report later this year. The House of
Representatives voted in January to approve a bill legalizing possession and cultivation for adults, but it later fell short after some representatives advocated waiting until the commission finishes its work.

While legislatures have adjourned in all of the aforementioned states, New Jersey’s legislature meets year-round and legalization is still very much on the agenda for 2018. Senate President Steve Sweeney is a supporter and Assembly Speaker Craig Coughlin has reportedly started to come around on the issue. Gov. Phil Murphy, who took office in January, predicted the Garden State would legalize marijuana in his first 100 days. Although that did not happen, there is a solid chance the Legislature will pass a legalization measure by the end of the year, with the Senate sponsor suggesting it may happen this summer. The biggest challenges will be finding language that key parties can agree on and securing the votes of rank-and-file lawmakers. .

It has already been a big year for marijuana policy reform in the states. If New Jersey becomes the second to legalize this year — and the second ever via the legislative process — it will arguably be the most historic year to date. At least until next year.

Karen O’Keefe is director of state policies for the Marijuana Policy Project, the nation’s largest marijuana policy organization. Under her leadership, MPP’s state legislative department played key roles in passing medical marijuana laws in Delaware, Illinois, Maryland, Minnesota, and New Hampshire; decriminalization laws in Delaware, Illinois, Maryland, New Hampshire, Rhode Island, and Vermont; and, most recently, the passage of an adult-use law in Vermont, which made it the first state to legalize marijuana via its legislative body. She is responsible for updating MPP’s model legislation, which has formed the basis for several state marijuana laws.