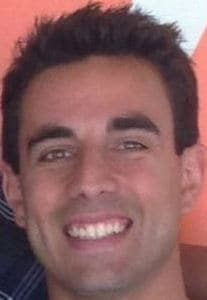 Indoor vs Outdoor: Why Crops Should Be Grown In A Sterile Environment

Indoor farming without the use of soil offers a number of benefits over traditional, outdoor farms: higher crop densities and yields, many more harvests per year, complete control over all growing parameters and variables, and eliminating pest and disease vectors.  The latter is especially important because people are dying due to contamination issues.  For example, last year Fortune covered the Dole Foods Listeria outbreak that killed four people and sent thirty three to the hospital.  Shortly thereafter they posted another article titled “Why Our Food Keeps Making Us Sick” where they disclose the $55.5b U.S. food safety problem.  This problem is not unique to any one crop, both food and medicinal plants such as cannabis are susceptible.

As of the November election, over 21% of Americans have access to legal cannabis. This has begun to shed light on the dangerous practices of many cannabis cultivators due to the lack of standardized testing and pesticide regulations, and we have already seen our first casualties.  An article published recently in the The Sacramento Bee titled, “Is your medical marijuana safe?” UC Davis doctors say dangerous bacteria, fungi can lurk in pot,” discusses findings published in a research letter in the journal Clinical Microbiology and Infection.  In the letter, UC Davis researchers identify bacteria and mold on samples from 20 Northern California pot growers that was potentially lethal.  This article comes on the heels of another article published the same day by CBS News titled “Contaminated medical marijuana believed to have killed cancer patient.”  This article also references the UC Davis findings and quotes Dr. Michael Hirt, who specializes in integrative medicine, saying that the rare fungal infection that killed the man was caused by a fungus that “is equivalent to what is on rodent droppings.”  So, how do farmers not relying on sterile techniques deal with these shockingly common mold and bacterial contamination issues?

The approach that most farmers across all crop sectors take is to rely on insecticides, pesticides, and fungicides such as Eagle 20.  Eagle 20, although approved by the FDA for use on edible crops such as grapes and apples, is highly regulated by the EPA, and was recently banned for use on cannabis in Colorado due to the fact that its key ingredient, Myclobutanil decomposes into cyanide gas when heated to the temperature produced by a standard butane lighter.  A detailed report by Colorado Green Lab on the incident can be found here.  In addition to the cyanide risks posed by inhalation, the material safety datasheet on Myclobutanil published by Dow AgroSciences says that it is “highly toxic to aquatic organisms” and that you should “avoid exposure to elevated temperatures, which can cause this material to decompose.”  How can you avoid all of these issues?  By utilizing sterile technique, either in a hybrid greenhouse, or indoors.

Indoor farms uniquely have complete control over their growing environment. By leveraging the continuous improvements in IPM technology and integrating sterile techniques into their standard operating procedures, farmers can protect against, and prevent many common problems in addition to the lethal fungus mentioned above, including: residual bacteria presence, powdery mildew, spider mites, and root aphids.

Many farmers love to foliar feed their plants because of how quickly the plants uptake nutrients via the stomata on the underside of their leaves.  The problem is that when you spray water on a leaf, you are effectively creating a warm, wet environment akin to a petri dish where any bacteria or fungus present on the leaf or in your solution can incubate.  You may or may not notice anything on your plants, but when it comes time for lab testing, your product will likely fail bacteriological screening.

The key to preventing powdery mildew, in addition to maintaining proper temperature, relative humidity, and VPD (vapor pressure deficit) levels, is well-engineered airflow patterns that draw large volumes of clean air through the plant canopy, and don’t just move it around with oscillating fans. The air should be filtered to laboratory clean room standards using HEPA filters and germicidal UV lamps to remove and contaminants and kill any airborne pathogens present.  Additionally, other spectrum of UV light can be used to directly kill powdery mildew and other fungi present on the plant as hot house tomato growers already know and this Cornell University study titled “UV-B light zaps cucumber disease” shows.

Farm employees are often farmers themselves which means that if they aren’t following sterile procedures at home, chances are they will bring something to work on their clothes, shoes, or hair that could potentially devastate an indoor farm. For this reason, it is critical for operators to install showers onsite and mandate that any employee that touches the plant take a shower and change into clean coveralls, shoes, and gloves before entering any areas where plants or plant matter are present.  The coveralls and shoes should be washed onsite at least weekly if not daily, and ideally an there should be different sets for each partition or room to prevent cross-contamination.

In the event that pests do make it past your perimeter defenses, there is new research coming out that shows how LEDs (light emitting diode’s) can be used to scramble insects ability to navigate, thereby preventing them from landing on your plants.  This study published in the journal Applied Entomology and Zoology, discusses how different spectrums of light affect different both the behavior and development of different species of insects differently.

Today, soil and hydroponics are the most widely used methods to grow crops.  These methods require some sort of grow media around the roots, such as soil, sphagnum or peat, or in the case of hydroponics: coco coir, expanded clay pebbles, or rockwool cubes.  The media’s job is to hold moisture and supply nutrients to the plant, but that’s not all they hold.  The planting media is a breeding ground for Botrytis, Root Aphids, and other root borne pathogens.  By eliminating the media, you eliminate yet another potential risk to your crop.

THE FUTURE OF FARMING INDOORS

Growing crops indoors does present technical challenges, but those challenges are far surmounted by the benefits.  In addition to how much safer and healthier food and medicine grown indoors can be, the potential to reduce the burden of conventional agriculture on freshwater supplies cannot be ignored. In future posts, we will discuss how aeroponics technology is shaping the future of farming, and why we think it’s the key to feeding our ever growing population on planet Earth.

And maybe even one day, if my old boss Elon Musk at SpaceX can get us there, on Mars.

JP Martin is the Co-founder and CEO of GrowX, an agricultural technology company developing Ai-powered aeroponics systems for high light intensity fruiting and flowering crops.  JP is an engineer by trade with expertise in aerospace, enterprise software, data security, and connected devices at companies including: SpaceX, General Atomics Aeronautical, Advantage Solutions, and the NSA. Additionally, he spent the last four years learning to farm indoors while teaching himself plant science, making him uniquely qualified to lead GrowX and drive innovation in AgTech.  JP was born and raised, and now resides, in Northern California.  Connect with JP on LinkedIn.