California, which has not had a regulated market despite more than two decades of legal medical cannabis sales, suffers from widespread pesticide contamination, according to a study published today by Steep Hill, a leading global cannabis science and technology company with extensive expertise in lab testing.  Authored by Anthony Torres, Wilson Linker, Donald Land Ph.D and Reggie Gaudino Ph.D, the study showed that only 14% of 124 randomly selected clones the firm tested showed no detectable pesticides. Many of the clones had more than one type of pesticide, with Myclobutanil as the most commonly detected one: 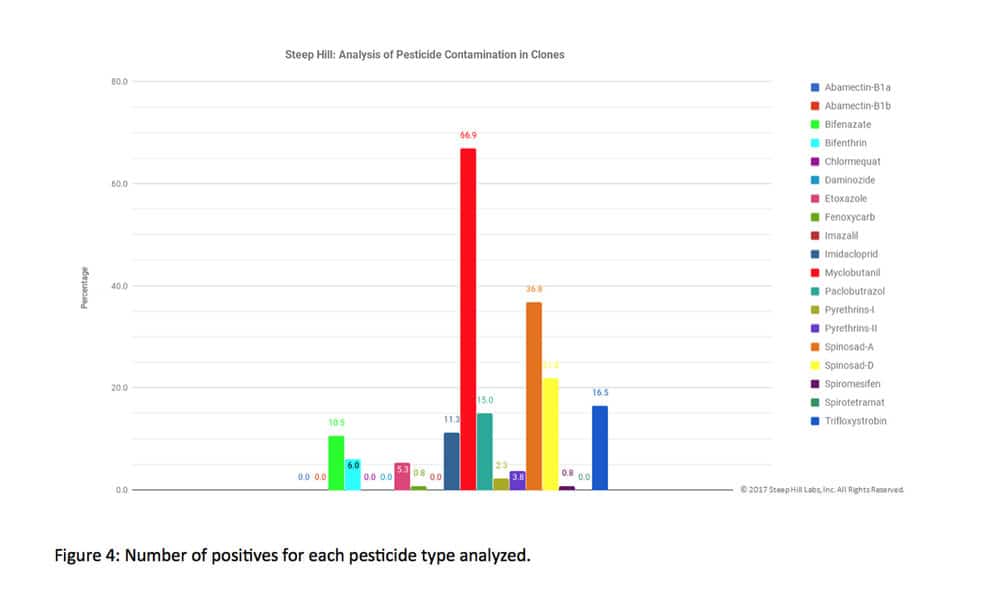 CEO Jmîchaeĺe Keller fears that the California cannabis supply chain is at risk in 2018 if the source material for large scale production is already contaminated and suggests that the company wants to work with the state regulators to assure the safety and success of the cannabis supply.

When the ‘mothers’ of clones are contaminated with pesticides, particularly those that are systemic, so too are the clone offspring. We look forward to working with the California cannabis industry to establish best practices to substantially reduce the need for the use of pesticides as a whole, and to help set the standard for clean clone production in the future. 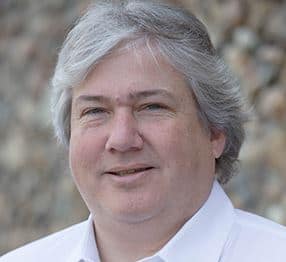 Pesticide contamination has been an issue in Canada as well, with the regulator, Health Canada,  implementing random testing after several voluntary recalls by licensed producers. As Colorado has become regulated, it too has struggled with pesticide-related recalls over the past two years.