One of the most compelling aspects to the legal cannabis industry growth story is that the vast majority of the growth will come from migrating the black market. In simple terms, the demand is already there, but the supply will shift. While this one factor is certainly the key driver, there is an opportunity is to expand the overall market. Within the recreational market, for instance, there could be some shift over time from other psychoactives, like alcohol. With the medical market, we will likely see substitution from pharmaceuticals into cannabis. This is why the alcohol and pharmaceutical industries are watching legalization developments closely.

Many characterize cannabis consumers as either “recreational” or  “medical”, but this framework oversimplifies and also excludes significant overlap of self-medicating patients who are misclassified as “recreational”. To address the entire spectrum, the market is likely to evolve to three types of go-to-market strategies, including those who focus on purely the recreational aspects looking to medicate the masses cost-effectively, those that pursue an extremely expensive and time-consuming pharmaceutical approach, like GW Pharmaceuticals (NASDAQ: GWPH) and a few others that want to go the FDA route, and the balance that will pursue what might be the biggest opportunity, health and wellness.

Americans spend hundreds of billions of dollars a year on health and wellness products and services. A thoughtful research piece from AlixPartners in early 2014 made no mention whatsoever of cannabis, which isn’t even included in this category at this time by most surveys, but some of the conclusions are extremely applicable to the industry.

34% of the total monthly amount consumers spend on food and beverage products, health and beauty aids, and household products combined goes to offerings that promise health and wellness benefits. According to our calculations, that equates to approximately $262 billion in expenditures annually, and many experts expect that number to grow.

It’s not hard to imagine that over time, as they become more aware of potential health benefits and the products become available in more states, especially without the requirement of getting a recommendation from a doctor,  consumers will seek out cannabis as a health and wellness product.

One missing ingredient is the lack of research. Unfortunately, the National Institute of Drug Abuse (NIDA), overseen by the DEA, approves all research studies, and, not surprisingly, the agency is more interested in studies pointing to the evils of cannabis.  Fortunately, NIDA has no oversight in Canada, where, with legal medical cannabis, there is a substantial push for research studies. One that caught my attention recently was an arthritis study sponsored by Aphria and Peace Naturals. Aphria, Emerald Health Botanicals, MedReleaf, Peace Naturals and Tilray sponsored a national medical cannabis roundtable discussion in Vancouver in December. The Arthritis Society reports that 65% of people accessing cannabis in Canada through MMPR are doing so to manage arthritis-related pain.

There is plenty of anecdotal evidence that cannabis can help. ASA posts plenty of doctor and patient testimonials. Still, this type of information isn’t exactly mainstream. For instance, if one goes to WebMD, it’s not mentioned as a treatment option. The same is the case for the Mayo Clinic. It will take published research before these types of health portals, from which millions of people get their information, or the media starts talking about the wonder drug, cannabis. Perhaps Sanjay Gupta will need to do a Weed 4.

Healthcare spending in the U.S. is among the highest in the world  and is a pending crisis as our population ages. The data is quite old, but direct costs for arthritis, for example, according to the CDC was $80 billion in 2003, and this doesn’t include indirect costs like lost earnings due to inability to work that the agency estimated added another $43 billion. This is just one easy target (pain reduction) where cannabis could displace more costly treatment options that can have worse side effects.

Early data from Nevada indicates that those in the 55-64 demographic are registering in disproportionate numbers. Is it any wonder?  Pharmaceuticals, even with insurance coverage, are expensive. While generic co-pays tend to be $10-15 for a one-month supply, branded products can cost $40-60 per month. Excluding insurance, the costs multiply.  But cost isn’t the main issue. Baby Boomers are concerned that these pharmaceuticals are not effective and can have side effects that they don’t want to experience.

Cannabis is somewhat of a commodity due to decades of black markets that prevented any sort of intellectual property and continuing challenges due to federal illegality, and the general public is just now learning of some of the different nuances, such as the different cannabinoids and terpenes, the variety of forms (flower, concentrates) , and even the differing methods of consumption (smoke, vaporize, ingest, topical). What we know is changing rapidly, and what we don’t know is becoming painfully obvious. Over the next few years, I expect that we will have more and better information, and those seeking health and wellness benefits will have more reliable data points than anecdotal evidence or word-of-mouth.

Technology will help on this front, whether it is more and better lab tests to understand exactly what is in the products sold or big data applications to correlate the products with outcomes. What MyDx and others, like Potbotics, are doing is a step in the right direction, though these pioneers may wander in the proverbial desert without reaching the Promised Land due to funding issues.

While a lot of money is being spent to create brands out of thin air, like Privateer Holdings’ Marley Natural or Willie’s Reserve (Willie Nelson), the real opportunity is going to be to create an experience that resonates with baby boomers. I have noticed a trend towards upscale dispensaries or retail stores that look to redefine the stereotypical cannabis purchasing . Here are a few examples: 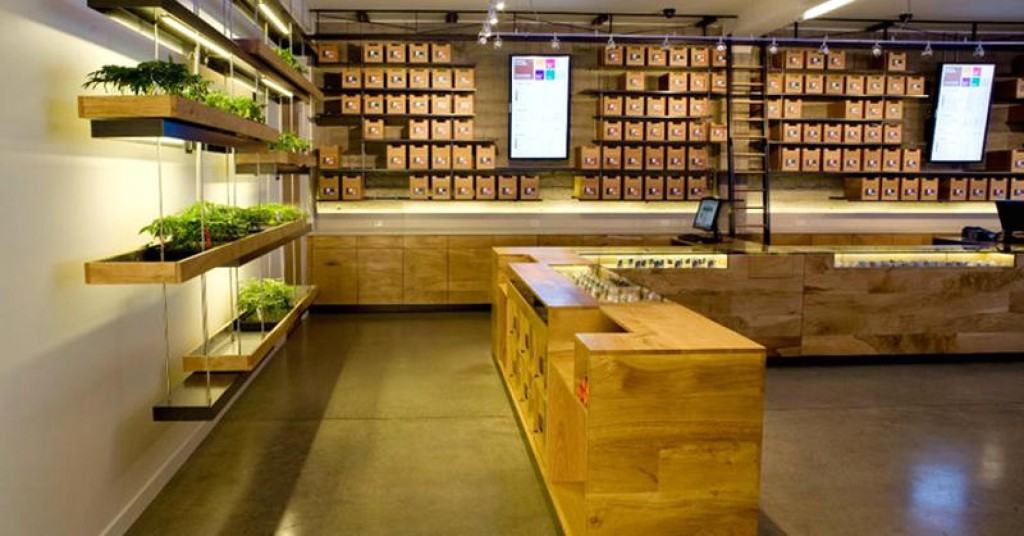 If you want to see some more dispensaries that are getting it right when it comes to design, Katie Shapiro shared some beautiful photos in this Merry Jane article, including Sparc SF.

I would argue that the companies that make it easier for patients or consumers to enjoy the experience will be able to best capitalize on the mainstreaming of marijuana. Harborside seems to get this integrated approach. In 2016, I expect to see more retailers/dispensaries embrace health and wellness as a driver of the industry. To succeed, they need to not only elevate the customer experience but also provide the data to deliver the right solutions instead of relying upon budtender intuition.

Note:  This appeared previously in the January edition of the 420 Investor Newsletter