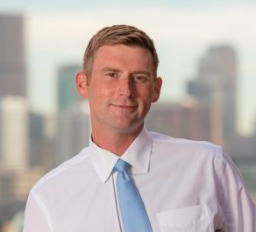 Nic Easley, founder and CEO of 3C Consulting and CEO and Managing Director of Multiverse Capital, comes from the farm country of Wisconsin. After being injured while serving in the U.S. Air Force, he found himself in Colorado right after the legalization of medical cannabis. He got his medical card and started a small consulting business. Now, Easley has worked in 30 different states and 19 different countries through 3C Consulting and Multiverse Capital. He spoke with New Cannabis Ventures about his extensive experience and what he sees for the future of investment in the cannabis space.

Over the years, Easley has worked with a number of people who have served as mentors and strengthened his team. First, he pointed to Skip Sanzeri, Head of Corporate Strategy for 3C Consulting and Managing Director of Multiverse Capital, who has more than 30 years of experience in Silicon Valley startups and private equity. Carol Jupiter, Director of Investor Relations at Multiverse, is another important team member, according to Easley. Her experience raising more than $1 billion for a variety of hedge funds has helped build connections. Likewise, Multiverse Head of Investment Committee Marty Dirks’ experience in public markets, hedge funds, and private equity has brought value to the table.

3C Consulting works with clients across cultivation, processing, dispensaries, distribution, and ancillary products and services. The company partners with select teams to help build business plans and financial plans and to raise capital. Easley and his team have worked with close to 400 different companies on a national and international scale.

Through the consulting work, Easley has garnered broad experience that can help companies scale in the space. Through its clients, the company learns what products, services, and markets are most advantageous, according to Easley.

That experience helped Easley scale into the capital space. Now, 3C Consulting functions as a strategic partner for Multiverse Capital’s venture funds, like a due diligence arm. 3C can also introduce unique investment opportunities, sometimes with exclusive capital rights, according to Easley.

Easley sees private companies, venture capital, and private equity having higher returns with a lower risk profile compared to public companies over the next two to seven years. Multiverse Capital has three domestic venture funds, each intended to be a $100 million fund. These funds are built with the “U.S. capital for U.S. projects” mentality, according to Easley.

On the international side, Multiverse Capital has private equity for ancillary companies (real estate, products, services, data, tech, etc.) and a fund specifically for medically licensed operations. As a consequence of working with the United Nations and the World Health Organization, Easley is very familiar with international law. Until there is a larger international shift in favor of recreational legalization, Multiverse will not invest in recreationally licensed entities on an international scale to avoid violating UN laws, according to Easley.

When it comes to vetting potential investments, Multiverse begins by looking at market risk, team risk, and product risk. For U.S. investment opportunities, this means knowing the opportunity’s state. How many licenses were initially awarded? What do regulations look like? What are the taxes like? Can the potential investment scale and increase efficiency through larger product or service offerings and strong distribution?

For Easley, a Colorado cultivation company is not of much interest because of market oversaturation. On the other hand, an opportunity in Santa Barbara would be worth investigating. The area has one of the highest taxes in California, but only three dispensary licenses, two colleges, more than 100,000 people, and 24/7 delivery, according to Easley. The limited-license nature and high population density of the market make it attractive.

Qualifying products and conditions also matter when determining market risk. Is a market flower only? Oil only? Are the qualifying conditions limited or open to physician recommendations?

When looking at a team, Easley wants to see business acumen from outside industries. Does the company have a master grower who gained experience growing in a basement or a nursery manager with 30-plus years of experience in the agricultural space?

He also wants to see a team that knows their business. If they know how much capital they need, demonstrate strong financial models, and show a path to revenue, Easley sees promise.

Ultimately, real estate and the license create the valuation for a hands-on company, according to Easley.

While investment opportunities proliferate in the cannabis space, the industry is so new it is easy for investors, even seasoned ones, to make due diligence errors. Some investors, fearful that they might miss the opportunity to get into the space, will make a poor decision, according to Easley. There are plenty of opportunities that sound good but may not yield the returns investors want. Proper due diligence involves understanding not only the market of a potential investment but also how that investment is related to the larger global play, according to Easley.

The Future of Production

Easley’s farming background has armed him with a great deal of knowledge on agriculture. Temperature, air flow, humidity, soil composition, and pests all play a role in growing. The goal of any agricultural project is the highest quality at the lowest cost, which means production will ultimately change in the cannabis space.

While Colorado and California are major states for production now, they are subject to aridity. The states just don’t get the amount of annual precipitation necessary for a water-intensive crop like cannabis or hemp, according to Easley. On the other end of the spectrum, humid places like Colombia are experiencing mold issues during production.

Easley sees production shifting to places with 25 to 30 inches of annual precipitation and 50/50 sandy loam soils. Additionally, cultivation and processing will be located together. As Easley points out, corn isn’t made into corn syrup in downtown New York. The states and countries that have those conditions will likely dominate production.

When considering indoor vs. outdoor grow, the winners will likely be outdoors simply because it is so much more expensive to grow indoors.

Easley is pushing for federal oversight from agencies like the FDA, USDA, EPA, and OSHA. In the meantime, he is observing a high number of worker and safety violations. While changing regulations make investment risky, he sees more guidance as ultimately helpful for the industry. In the meantime, investors are buying into companies that could come with major liabilities, according to Easley. As some of these issues come to light, he foresees investors shifting more toward more stable private companies without major liabilities.

Investors will also see more opportunities on a domestic and international scale as more states and countries come online, but Easley stresses the importance of understanding the difference between the U.S.,  Canadian, and international markets. For example, Easley discusses active pharmaceutical ingredients (APIs). In a country like Germany, doctors prescribe based on an API database. Unless they select a certain product, the patient will get the generic. The company that meets the quality standard at the lowest cost to the government will essentially win the contract to be the generic countrywide. Things like beautiful packaging will not matter in a case like this.

Easley compares entering the cannabis investment space now to getting buying companies like Amazon or Apple when they were private and pre-IPO. Multiverse is aiming to put investors in that type of position while minimizing the risks they assume.

For more information, visit the 3C Consulting and Multiverse Capital websites. Listen to the entire interview: