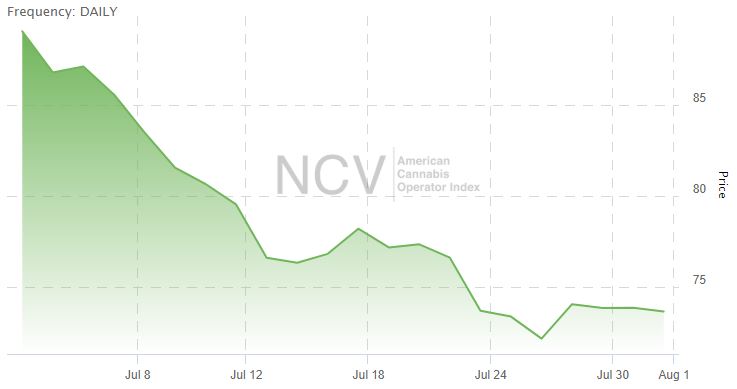 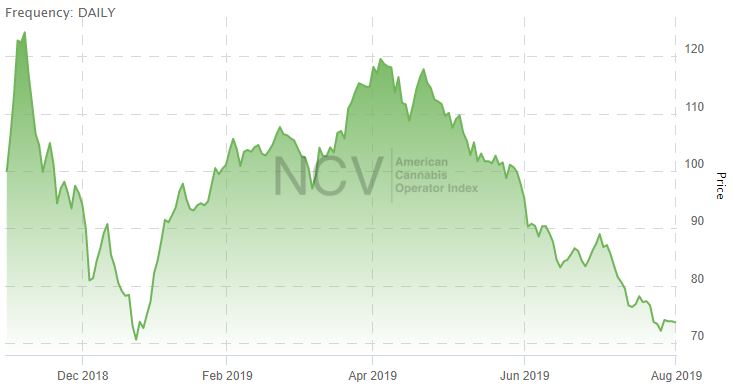 During July, the index included 29 companies, including 24 multi-state operators (MSOs) and 5 focused solely on CBD extracted from industrial hemp. Several MSOs are pursuing CBD strategies apart from their state-licensed cannabis businesses. 3 companies managed double-digit gains, while 21 posted double-digit losses, including 3 that lost more than 25% of their value: 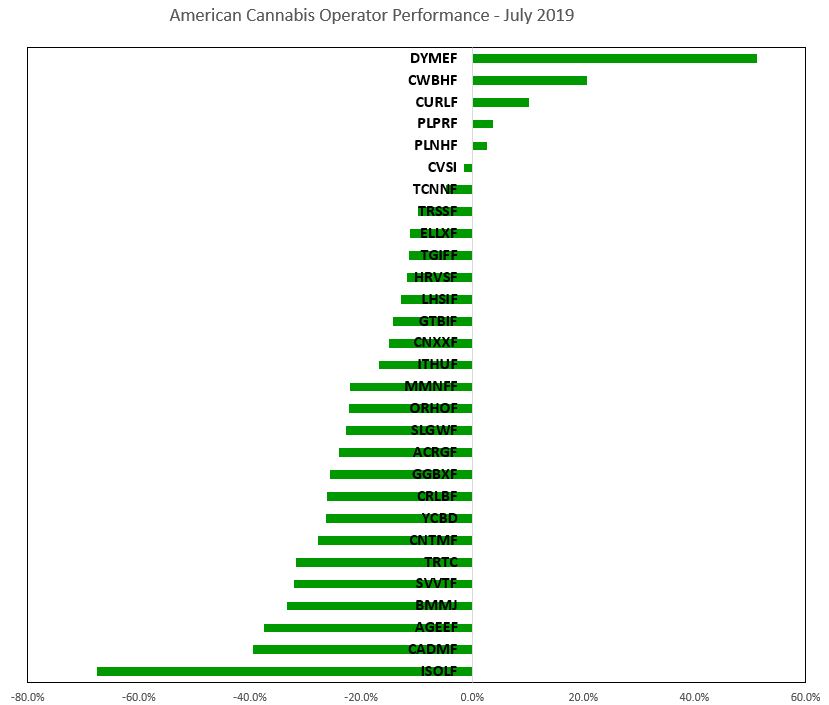 During the month, we noted a divergence between the smaller operators and the largest ones, which we shared in our newsletter published on July 14th. Most of the largest companies in the index are up more than 10% year-to-date as of the end of July, while some of the smaller ones have lost more than half their value. Concurrent with the lower prices of smaller operators, their trading volumes have evaporated, leading to their failure to maintain the minimum qualifying standards to remain in the index. For July, the index included 29 names, but, after two additions and six removals, the index will include 25 names in August.