The American Cannabis Operator Index extended its post-March weakness this month, declining over 13% to 95.27: 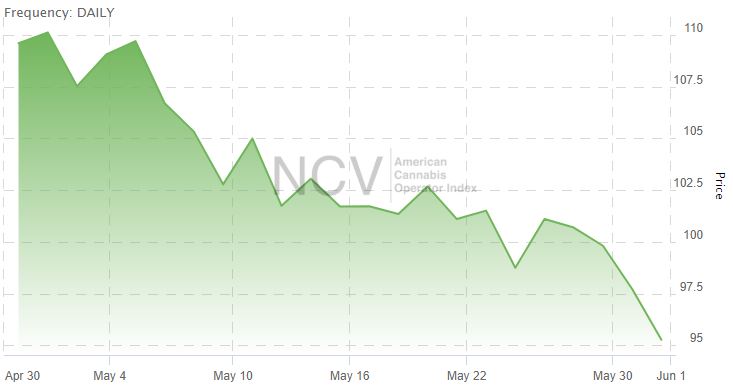 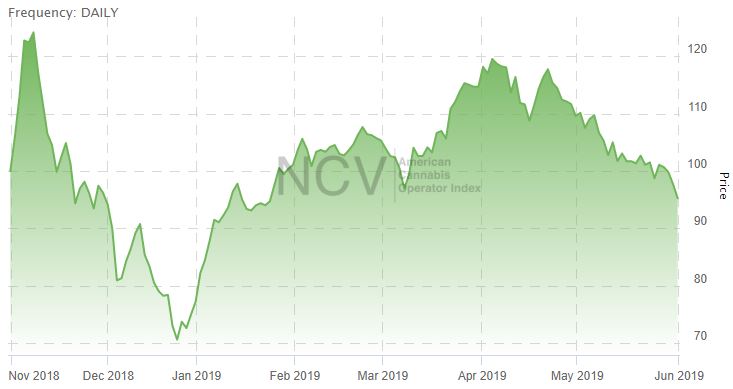 During May, the index included 27 companies, including 21 multi-state operators (MSOs) and 6 focused solely on CBD extracted from industrial hemp. Several MSOs are pursuing CBD strategies apart from their state-licensed cannabis businesses. Just 2 companies managed double-digit gains, while 17 posted double-digit losses, including three that lost more than 30% of their value: 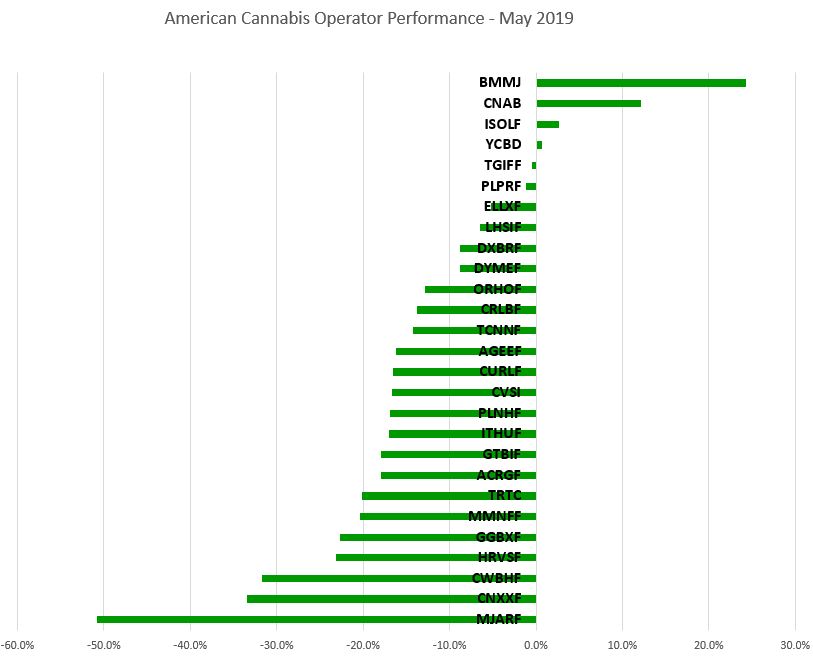 In the next monthly review, we will summarize the performance for June and discuss any additions or deletions. Be sure to bookmark the page to stay current on American cannabis operators stock price movements within the day or from day-to-day.