The index has declined 31.1% since its introduction at the end of March compared to the decline of 40.6% in the Global Cannabis Stock Index:

The Ancillary Cannabis Index includes companies that provide goods and services to cannabis operators. Initially, each qualifying company was required to trade at a minimum of $0.50 per share with a minimum average daily trading value of $1 million at the time the index is rebalanced each month. Additionally, members of the index must generate at least $1 million per quarter from its ancillary operations.

During November, the index included 12 members, with 2 posting a gains and 2 declining by more than 20%, with a median return of -5.9%: 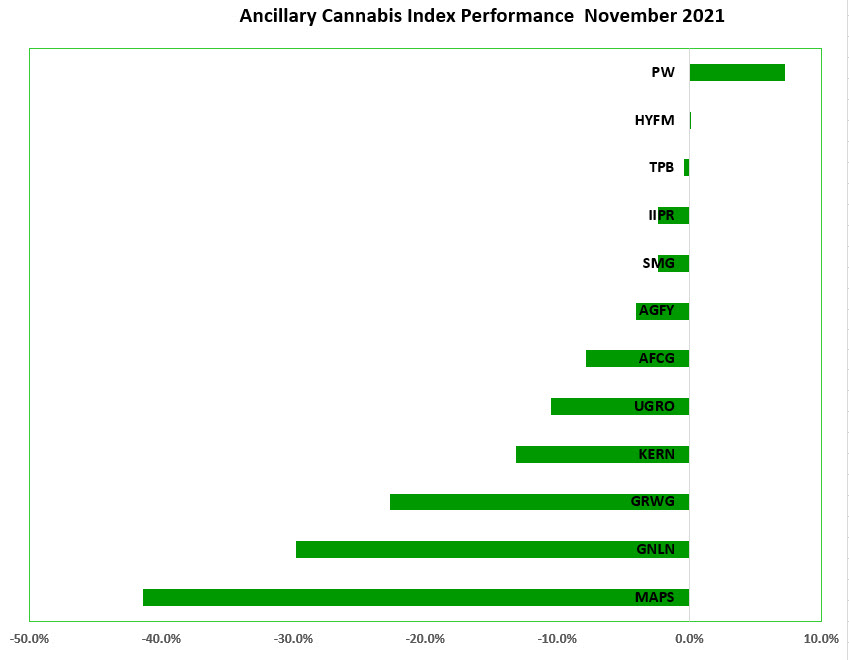 For December, we have made no changes to the index membership.

In the next monthly review, we will summarize the performance for December and discuss any additions or deletions. Be sure to bookmark the page to stay current on ancillary cannabis company stock price movements within the day or from day-to-day.