Following up on our discussion in early 2021 about how cannabis investors have embraced publicly traded ancillary companies, New Cannabis Ventures launched its seventh proprietary index, the Ancillary Cannabis Index, at the end of March.

The index has declined 48.5% since its introduction at the end of March 2021 compared to the decline of 54.7% in the Global Cannabis Stock Index: 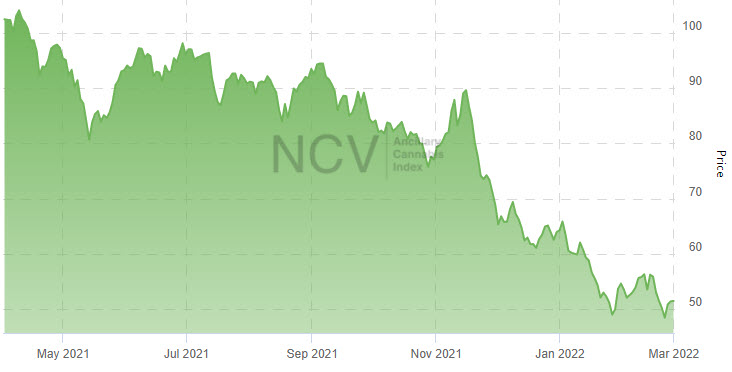 During February, the index included 13 members, with 4 posting a gain and 2 declining by more than 20%, with a median return of -4.6%: 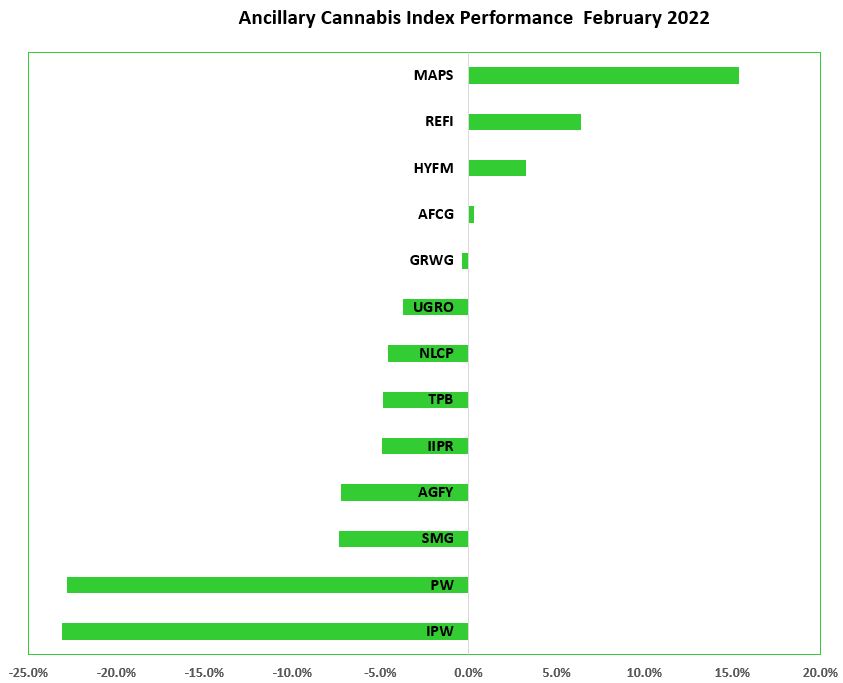 The three weakest names during the month included iPower (NASDAQ: IPW), Power REIT (NYSE American: PW) and Scotts Miracle-Gro (NYSE: SMG) . iPower, an IPO from last year, has declined 37% this year and 70% from its IPO price. Power REIT extended its losses from January and is now down 30% in 2022 after a strong 2021. Scotts Miracle-Gro, one of the stronger names relative to peers in January, is now down 13% in 2022.

For March, we have removed NewLake Capital (OTC: NLCP) after it no longer met the minimum trading volume. We have also added CEA Industries (NASDAQ: CEAD) and Leafly (NASDAQ: LFLY), increasing the index to 14 members.

In the next monthly review, we will summarize the performance for March and discuss any additions or deletions. Be sure to bookmark the page to stay current on ancillary cannabis company stock price movements within the day or from day-to-day.