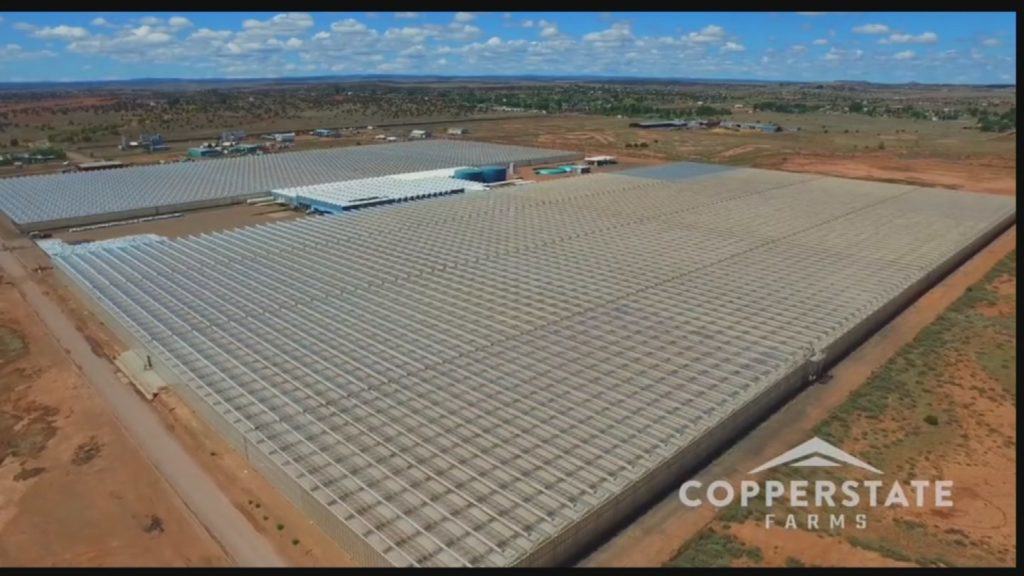 LEAMINGTON, ONTARIO–(Marketwired – Oct. 27, 2016) – Aphria Inc. (“Aphria” or the “Company”) (TSXV: APH) (OTC: APHQF) announced today that it has entered into an Intellectual Property transfer agreement with Copperstate Farms, LLC (“Copperstate”). Arizona’s medical cannabis program was approved by voters in 2010. At the same time as securing a licence to produce and sell medical cannabis, Copperstate purchased a 40-acre (equivalent to 1.7 million square feet) high-tech, Dutch style greenhouse facility in Snowflake, AZ. Copperstate has one of the largest medical cannabis greenhouse facilities in Arizona. As part of the transaction, Aphria will share its accumulated knowledge, gained during its 5-year MMAR/MMPR/ACMPR journey, related to growing cannabis in greenhouses in exchange for a 5% ‘cashless’ membership interest in Copperstate, entitling Aphria to 5% of the free cash flow generated by Copperstate.

The remaining membership interests of Copperstate will be held by Copperstate Farms Investors LLC (“Investors”). The General Partners of Investors are Fife Symington and Scott Barker. Mr. Symington, a 20-year veteran of greenhouse growing, owns over 850 covered acres of greenhouses (equivalent to 37 million square feet) in Mexico and ships over 175 million pounds of vegetables to the United States annually. As part of the transaction, Aphria invested as a Limited Partner, purchasing sufficient membership interests in Investors to bring Aphria’s total flow-thru ownership in Copperstate to 10%.

We have A Good Thing Growing.

Aphria Inc., one of Canada’s lowest cost producers, produces, supplies and sells medical cannabis. Located in Leamington, Ontario, the greenhouse capital of Canada. Aphria is truly powered by sunlight, allowing for the most natural growing conditions available. We are committed to providing pharma-grade medical cannabis, superior patient care while balancing patient economics and returns to shareholders. We are the first public licenced producer to report positive cash flow from operations and the first to report positive earnings in consecutive quarters.