Aphria Inc. (“Aphria” or the “Company”) (TSX: APH and US OTC: APHQF) and Nuuvera Inc. (“Nuuvera”) (TSXV:NUU), a leading, global cannabis company with a strong presence in Europe, Africa and the Middle East, are pleased to announce that they have entered into a definitive arrangement agreement (the “Arrangement Agreement”) pursuant to which Aphria will acquire, by way of a court-approved plan of arrangement under the Business Corporations Act (Ontario) (the “Transaction”) 100% of the issued and outstanding common shares (on a fully-diluted basis) of Nuuvera. The combined company will leverage Nuuvera’s extensive international network and best-in-class manufacturing practices to become the preeminent global supplier of premium cannabis. The acquisition brings an already successful partnership between Aphria and Nuuvera under the Aphria brand, reducing costs and providing the potential to unlock greater economic value from future production. The Transaction has been unanimously approved by the Board of Directors of each of Aphria and Nuuvera and is supported by the management teams of both companies as well as significant shareholders of Nuuvera. The Transaction values Nuuvera at approximately $826 million.

The combination of Aphria and Nuuvera creates a true global leader in medical cannabis with excellent potential for growth and value creation. 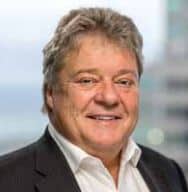 This transaction, which builds on a long-standing relationship between the two companies, brings together our top tier ability to grow high-quality cannabis at a low-cost with Nuuvera’s expansive international network, expertise in processing, and access to industry leading technology. I am thrilled to welcome Nuuvera to the Aphria family and I am confident they will play a significant role in our continued success.

Lorne Abony, CEO of Nuuvera, said, “The transaction provides our shareholders with significant value for their investment in Nuuvera and the opportunity to participate in the significant upside of the combined company. As part of Aphria, we will have access to every tool we need to open key international markets and execute on our growth plan as part of a stronger, well-resourced global cannabis leader.”

Under the terms of the Arrangement Agreement, Aphria will acquire all the issued and outstanding common shares (on a fully-diluted basis) of Nuuvera for a total consideration of $8.50 per Nuuvera share, representing a total transaction value of approximately $826 million. Nuuvera shareholders will receive $1.00 in cash plus 0.3546 of an Aphria share for each Nuuvera share held which, based on Aphria’s 10-day VWAP of $21.15 for the period ended on January 26, 2018, equates to $7.50 of value per Nuuvera share. Aphria expects to issue up to approximately 34 million shares in connection with the Transaction, representing approximately 20.8% of the currently issued and outstanding shares of Aphria on a non-fully diluted basis. The Transaction is expected to be accretive to Aphria on an earnings basis in its first full fiscal year.

The Transaction consideration of $8.50 per Nuuvera share represents a 30.5% premium to Nuuvera’s 10-day volume weighted average price of $6.51 for the period ended on January 26, 2018.

Upon closing of the Transaction, Nuuvera shareholders will own approximately 14.8% of the combined company, assuming the closing of Broken Coast Cannabis Inc.

The Transaction is subject to the approval of the Superior Court of and is subject to the approval of two-thirds of the votes cast by Nuuvera shareholders (as well as a majority of the “minority” shareholders of Nuuvera), receipt of required regulatory approvals, and other customary conditions of closing. Aphria has secured irrevocable hard lock-ups (the “Lock-Ups”) from shareholders of Nuuvera to vote in favour of the Transaction, and also holds an approximate 6.5% interest in Nuuvera. Collectively, the shares subject to these Lock-Ups represent, together with the Nuuvera shares already owned by Aphria, approximately 57% of the currently outstanding Nuuvera shares, and over 50% of the “minority” shareholders.

Further information regarding the transaction will be included in Nuuvera’s management information circular to be mailed to Nuuvera shareholders in advance of the special meeting and in Nuuvera’s material change report in respect of the announcement of the transaction, each of which will be filed with the Canadian securities regulators and will be available at www.sedar.com.

Clarus Securities Inc. provided strategic advice on the transaction. Stoic Advisory Inc. acted as financial advisor and Stikeman Elliott LLP acted as legal counsel to Aphria. Cormark Securities Inc. is providing a fairness opinion to the Board of Directors of Aphria.

Nuuvera is a global cannabis company founded on Canadian principles, and built with the whole world in mind. Nuuvera is currently working with partners in Germany, Israel and Italy, and is exploring opportunities in several other countries, to develop commercial production and global distribution of medical grade cannabis in legalized markets. Through its subsidiaries, ARA – Avanti Rx Analytics Inc. and Avalon Pharmaceutical Inc., Nuuvera holds a Dealer License (GMP) under the Narcotic Control Regulations and Office of Controlled Substances. Nuuvera is currently in the final stages of the Health Canada review process to become a Licensed Producer of medical marijuana under the ACMPR, and has recently received its “letter to build” approval.