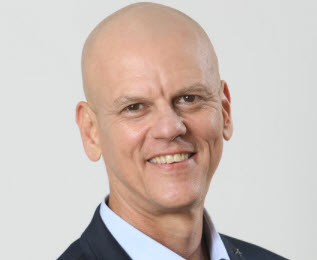 IM Cannabis (CSE: IMCC) (NASDAQ: IMCC) has become an international player in the cannabis industry. The company started in Israel, and it has established operations in Canada and Germany. Now, IMC is focused on building a global supply chain. Co-Founder and CEO Oren Shuster spoke with New Cannabis Ventures in February 2021. Now, he checked in to talk about acquisitions in Canada and Israel, plans to remain acquisitive and the company’s growth prospects. The audio of the entire conversation is available at the end of this written summary.

IMC closed a merger with Trichome Financial back in March. While there are some cultural differences between the teams in Israel and Canada, the integration process is going well, and Shuster is confident that this will be reflected in the company’s financial results. As a part of the Trichome deal, IMC acquired an M&A team that will help it continue to expand in the Canadian market.

In Israel, IMC acquired an online pharmacy business from Panaxia. It has also acquired pharmacies in this market, which marks the company’s entrance into the retail space. The company is focusing on vertical integration in the Israeli market, a strategy that gives the company a direct connection to its consumers, opens a direct channel for selling its products and improves its margins.

In Germany, IMC has an EU GMP facility for processing products and distribution operations to ship those products to Germany and other European markets. This year, IMC has focused on diversifying its supply in the German market. Ultimately, the company wants to make its German operations its hub for all of its operations in Europe.

Germany has strict regulations. Working with the high standards of this market, Shuster sees IMC in a position to distribute its products there as well as to other countries in Europe.

IMC has partnered with cbdMD, announcing plans to be the exclusive importer of the U.S. brand’s CBD products to Israel when CBD becomes legal there. Right now, IMC is focused on its current footprint with no plans to enter the U.S. market in the short to mid-term. Any plans for that market would depend on when legalization will move forward in the U.S. and what happens in the company’s other markets in the meantime, according to Shuster.

The company began trading on the NASDAQ in March and executed an overnight offering of $35 million this spring. The capital IMC raised will be used for M&A and further expansion.

The company set out to diversify its investor base and to add more U.S.-based investors to the mix, according to Shuster. Wasatch is among its investors.

IMC strives to remain transparent with its investors, and developing those open lines of communication is an area of continuous improvement for the company.

Shuster expects that IMC will continue to deliver quarter-over-quarter growth. Thus far, the company has demonstrated its ability to execute. This year, it listed on the NASDAQ exchange, completed a financing round and closed acquisitions. With the growing number of patients in Israel and the large population of the European market with the potential for more patients, Shuster sees IMC as well-positioned for future opportunities.

With an upcoming election in Germany, there is a possibility for a regulatory shift in that market. Additionally, the legalization of CBD could move forward in Israel. Shuster also sees the Canadian market maturing and becoming more stable. With the potential for positive movement in each of its markets, IMC is poised to take advantage of the opportunities presented.