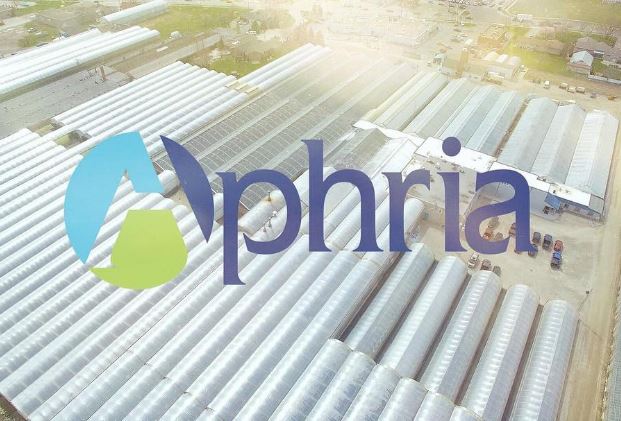 LEAMINGTON, ONTARIO–(Marketwired – Sept. 16, 2016) – Aphria Inc. (“Aphria” or the “Company”) (TSX VENTURE: APH) (OTCQB: APHQF) is pleased to announce that its Board of Directors approved a fully funded $24.5 million capital project as the first phase of its Part III expansion. The project will increase Aphria’s capacity under the Access to Cannabis for Medical Purposes Regulations (“ACMPR”) from 100,000 square feet to 300,000 square feet and is expected to increase the Company’s ACMPR compliant growing capabilities from 5,500 kgs annually to 18,000 kgs annually. The project includes 200,000 square feet of state-of-the-art Dutch style greenhouses, 21,000 square feet of infrastructure, including four Level 9 vaults, automation for both the greenhouses and processing areas and security consistent with ACMPR standards. Aphria anticipates completion of this phase of the project within 12 months, Health Canada approvals within 4 months of completing the expansion and reaching full crop rotation within 4 months after Health Canada approval.

Aphria is in the midst of completing its previously disclosed 57,000 square foot Part II expansion, which is expected to increase production capacity from 2,600 kgs annually to 5,500 kgs annually and is on target for completion in December with full crop rotation by June 2017.

Continued patient growth, combined with potential expansion of the medical cannabis distribution channels and the Liberal Government’s promise to legalize cannabis for recreational use, all validate Aphria’s capacity growth plans.

On June 30, 2016, Cannabis Royalties & Holding Corp. (“CRHC”), of which the Company owned a 7.5% common share ownership interest, announced that it was entering into a reverse take-over transaction with Bonanza Blue Corp. and renaming itself CannaRoyalty Corp. (“CannaRoyalty”). As part of the transaction, CannaRoyalty will be raising approximately $5 million by issuing 2,500,000 common shares at a price of $2.00 a share. Aphria announced today that it exercised its 750,000 warrants, priced at $1.50 each, to acquire an additional 750,000 common shares of CRHC, in advance of their reverse take-over transaction. This increases Aphria’s total ownership interest in CRHC to 8.3%, prior to their reverse take-over transaction. “We remain excited about the opportunities that CRHC provides to Aphria in terms of their existing menu of cannabis products being marketed in the United States,” said Vic Neufeld.

Aphria also announced today that it signed a Supply Agreement with Bodhi Research Inc. (“Bodhi”) to supply its Rideau Gold cannabis oil for a medical study being conducted by Bodhi on the impact of medical cannabis (primarily CBD) in the management of concussion and post-concussive syndrome. The Supply Agreement is expected to last two years, during which time, Bodhi’s study is slated to include over 1,000 patients. The Bodhi group has been advised by several world class experts including Professor Emeritus Lester Grinspoon from Harvard Medical School.

Aphria Inc., one of Canada’s lowest cost producers, produces, supplies and sells medical cannabis. Located in Leamington, Ontario, the greenhouse capital of Canada. Aphria is truly powered by sunlight, allowing for the most natural growing conditions available. We are committed to providing pharma-grade medical cannabis, superior patient care while balancing patient economics and returns to shareholders. We are the first public licenced producer to report positive cash flow from operations and the first to report positive earnings in consecutive quarters. Aphria’s common shares are listed on the TSX Venture Exchange under the ticker symbol “APH” and on the US OTC market under the ticker symbol “APHQF”. For more information, visit www.Aphria.com.

Here’s a Model for Solving a Huge Cannabis Industry Problem