Ascend Wellness, a multi-state, vertically-integrated cannabis operator, has announced today the completion of its latest equity fundraising round. The company, which has raised $40M with the completion of this round, has developing licenses in three populous eastern U.S. states: Massachusetts, Michigan and Illinois. Combined, they create the largest market east of the Mississippi, which is equivalent in size to California or Canada, two of the most profitable Cannabis regions in the world.

Leading this funding round are Poseidon Asset Management, Salveo Capital, JM10 Partners and Shire Capital Advisors. Proceeds from the capital raised will be used to build out locations in these markets and acquire future assets.

Ascend Wellness currently has plans for three high-end, licensed adult-use cannabis retail locations in three metro-area Boston locations. Additionally, the company has plans to develop a significant retail presence throughout these emerging markets as it solidifies itself as a leading U.S. Cannabis operator.

“We are thrilled to be investors in Ascend, and to see such a warm reception to the dispensary locations under approval.” says Emily Paxhia, the Co-Founder and Managing Director of Poseidon Asset Management. “Ascend’s focus on a customer-centric retail environment will help to demystify the cannabis experience and create a new paradigm of cannabis retail.”

We are delighted to announce our initial round of funding. With a potential 30 million cannabis consumers in these three strategic markets, Ascend is poised to be one of the largest operators in the country. With our plans for best-in-class retail experiences and the development of global brands and partnerships, we could not be more excited for the future of Ascend. 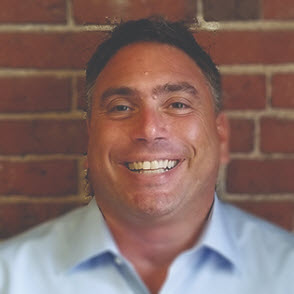 Ascend Wellness is a vertically-integrated cannabis company operating in Massachusetts, Illinois, and Michigan. Ascend is redefining the cannabis retail experience, offering a customer-centric environment and a curated selection of products with effect-based categorization. Ascend also operates a large-scale indoor cultivation facility in Massachusetts.