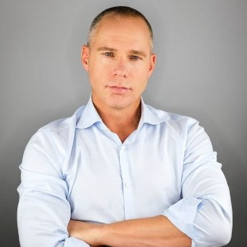 Aurora Cannabis spin-off company Australis Capital (CSE: AUSA) was formed this summer and began trading on the CSE on September 19. Though a young company, Australis Capital is backed by the strength of its relationship with Aurora and a management team with years of experience in public markets and operations. CEO Scott Dowty spoke with New Cannabis Ventures about the company’s first deals, investment strategy, and the aggressive growth he sees for 2019.

Dowty came on as CEO of the company at its formation, but he has been following Aurora for years. He has been an investor in the company for four years, and he was offered a seat on the company’s board a few years ago. He couldn’t accept the offer due to his work as a Section 16 officer with a gaming company but continued to watch Aurora’s growth. Now, he has left the gaming industry and brings more than a decade of public company experience to his leadership position with Australis.

Australis Capital is U.S.-centric with a focus on markets where medical and adult-use cannabis is legal. The company has eight to 10 states of particular interest, according to Dowty. A strong tourist market – in places like Las Vegas or Florida – also makes a potential investment attractive. The company is also looking at potential deals that have a presence in both the U.S. and international markets. Beyond geography, the company is seeking to tuck-in assets that will build the strength of the overall portfolio, rather than serving as standalone investments.

Although Australis is an independent company, it will continue to leverage its relationship with Aurora over the long term through the exploration of synergistic opportunities.

Thus far, the company’s portfolio includes cannabis brand Body and Mind (BAM), health and fitness app company rthm, and manufacturing technology company Wagner Dimas. Dowty sees value in investing in brands with national potential. For example, he sees significant growth opportunity in BAM’s Nevada and Ohio footprint. Dowty also expects the company to close on another deal within the next few days, and another three are in the pipeline.

The company has completed two private placements, both oversubscribed. It has raised approximately $48 to $50 million and deployed $10 million of that amount, according to Dowty. By the end of the year, he expects the company will have deployed about $25 million. Looking forward to 2019, Dowty foresees significant growth.  Additional raises will likely outstrip the capital raised this year by a significant amount.

Australis is set to have a strong deal flow from partners like Aurora and other channels the company has developed. Dowty is confident that the company’s vision and relationships in the industry will allow it to successfully execute its plans for M&A and organic growth now and going forward.

Australis Capital is a client of New Cannabis Ventures. Listen to the full interview:

Michigan June Cannabis Sales Increase 26% From a Year Ago