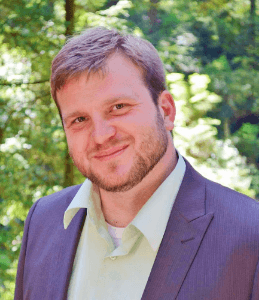 Politico recently published a piece entitled “How Big Alcohol is About to Get Rich Off California Weed.” Despite a misleading headline, it is a good read and dives deep into the politics of the distribution model that was imposed by the state legislature.

Though the story does a great job of capturing the political factions within California’s cannabis industry, the article misses a few key facts. As you read the article, there are a few things to keep in mind:

An incomplete summary of current law. “In Sacramento, [Allen] insisted that growers be treated like farmers of any other crop. Most important, [growers] won the removal of a limit on the number of growing licenses for small farms.”

In addition to these accomplishments, Cal Growers championed tiered cultivation licenses, ensuring specialty and small cultivators would be at the table for the regulatory process. We also spearheaded statute that enables the state to recognize appellations to protect regional heritage. Finally, we successfully advocated for a cap on the size of grows; the largest cultivation license authorizes only an acre of cultivation.

Mandatory distribution is not the same as Budweiser. “Growers, as well as small business leaders, contend that this new highly regulated system will operate like the alcohol industry, where Budweiser and Coors rule shelf space and small craft brewers struggle for distribution.”

Thankfully the legislation includes a cap on the size of grows and effectively prohibits companies from establishing the market dominance brands like Budweiser and Coors have achieved. If the cap on grow size were not included, a compromise on distribution would not have been possible. Removing this cap (as Prop. 64 would do in 2023 and as Steve DeAngelo called for publicly on August 2nd to the State Board of Food and Agriculture) will result in a race to the bottom that will benefit a few at the expense of the many.

Cal Growers Board of Directors is big and diverse. “In March 2015 Allen accepted the resignation of DeAngelo from the board of CGA. DeAngelo was replaced by an executive from RVR, the company established by Ted Simpkins, the retired alcohol distribution executive.”

Since Mr. DeAngelo resigned, our organization has enjoyed sustained rapid growth. In the 9 months following DeAngelo’s resignation, we brought on 13 new board members, 8 of which are growers. A representative from RVR joined the board in January of 2016, nine months after Mr. DeAngelo stepped down. Today our board is made up of 33 business owners who represent each of the 17 license types established in statute.

California is not Nevada. “At a national cannabis forum, [Kampia] described how he successfully sought a buy-in from alcohol distributors in return for lucrative concessions in Nevada. The ballot initiative, known as Regulate Marijuana Like Alcohol, gives preference to 18 alcohol distributors for the first 18 months after it passes.”

California law provides no preference for alcohol distributors. Prop 64 in California does not contain the preference for alcohol distributors featured in Nevada’s initiative. Here in California, the landscape is very different: Cal Growers has more than 2 dozen distributors members already, and not one of them has current ties to big alcohol. Distribution is a shaping up to be a dynamic and competitive segment of our cannabis marketplace.

Finally, in closing a brief response to this statement from Mr. DeAngelo: “I don’t think Hezekiah has the political experience to outwit and outplay the people he’s made alliances with – people like the Teamsters and RVR, who are very accomplished political players.”

Mr. DeAngelo: Where I come from, we don’t “outplay” or “outwit” stakeholders. We tell the truth, we don’t make compromises lightly, and we honor those compromises. This is not a game to us. This is about protecting our way of life and making sure that economically viable small farms remain the backbone of California’s cannabis industry. You can continue to play politics, to mislead and stoke fears in pursuit of your political goals and commercial ambitions. I will continue to represent my community and our collective aspirations in good faith and with humility.

While others will continue to advocate for policies that serve their ambitions of consolidation and market dominance, Cal Growers will continue as advocates of a new era, an era of transparent supply chains where independent, artisan producers are treated fairly and ambitions of market consolidation and dominance are tempered by 21st century ideals of triple bottom line commerce and economic localization.