Furthers Mission to Address Unmet Medical Needs Across the Globe

NEW YORK and TAMPA, Fla., May 1, 2017 /PRNewswire/ — Teewinot Life Sciences Corporation (Teewinot), an industry leader in discovery, development and commercialization of cannabinoid-based therapeutics and the global leader in the biocatalytic production of cannabinoids, announced today that it has closed it’s $12.3 million Series B round led by Tuatara Capital, a New York based private equity fund focused on investments in cannabis-related companies. With the original Series B target having been set at $10 million, the funds raised were nearly 25 percent oversubscribed. Tuatara Capital also led Teewinot’s $7 million Series A round in December 2015.

Teewinot’s impressive progression over the last two years is underscored by the dramatic increase in volumetric production, the variety of cannabinoids the company can currently produce, and its leading position in the market. Teewinot’s patent-protected biosynthetic cannabinoid manufacturing processes are substantially more efficient than conventional chemical synthesis or methods of botanical-extraction from the Cannabis plant. Teewinot has introduced new and unique methods of production to the pharmaceutical industry that reduces cost and production time, increases purity of cannabinoids, and diversifies the number and types of molecules which can be made available to the research, product development, and commercial production verticals. Teewinot’s proprietary production systems are being used to manufacture industrial quantities of a wide range of pharmaceutically pure cannabinoids including: CBGA, CBG, CBGVA, CBGV, THCA, THC, THCVA, THCV, CBDA, CBD, CBDVA, CBDV, CBCA, CBC, CBCVA, CBCV, CBN and CBL.

We appreciate the continued confidence and enthusiasm demonstrated by Tuatara Capital. We’ve been dedicated to accelerating our milestones and surpassing the expectations of our investors. Our ability to come to market with the widest variety of pharmaceutically pure, cannabinoids, and at the best price points, will enable us to continue to lead the cannabinoid space for the foreseeable future. 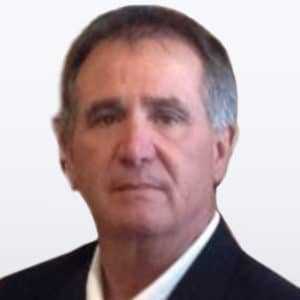 As we continue to diversify our end-markets and infiltrate multiple verticals, we are excited to see the minor cannabinoids become as prevalent in the marketplace as THC and CBD are today.

“The Teewinot team has done a tremendous job of positioning the company as an integral component in the cannabinoid pharmaceutical landscape,” said Marc Riiska, Partner at Tuatara Capital, LP. “We are encouraged by Teewinot’s rapid pace of cannabinoid discovery and we look forward to further extending the application of the Teewinot technology.”

The capital raised will be used for a variety of activities including enhancement and acceleration of research and development activities, expanding business development opportunities, and adding to the existing patent portfolio.

Teewinot Life Sciences Corporation is an international biopharmaceutical company focused on advanced pharmaceutical research and the use of novel biosynthetic processes such as biocatalysis and synthetic biology for cannabinoid manufacture. Coupled with patented formulation technologies, Teewinot is a leader in the production and delivery of cannabinoid-based therapies. With headquarters in Tampa, Florida, Teewinot’s global proprietary technology and intellectual property portfolio represent a breakthrough in the manufacture and delivery of cannabinoid-based pharmaceuticals. For more information, please visit www.tlscorp.com or follow us on Twitter (@teewinot_corp).

Tuatara Capital is a specialized alternative investment manager founded in 2014 to focus on the legal cannabis industry. Tuatara currently manages over $102 million in cannabis-focused assets and is investing in market-leading companies, well-positioned to benefit from the long-term growth trends of the legal cannabis industry. Tuatara’s investment philosophy revolves around partnering with innovative entrepreneurs and great management teams to help build high-growth companies. For more information, please visit www.tuataracapital.com.