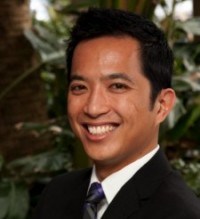 BioTrackTHC has traveled an interesting path on its way to becoming one of the most prominent software firms serving the cannabis industry.

The Florida-based company works directly with roughly 1,300 cannabis companies, but the key to its recent success has been its ability to win state contracts for custom seed-to-sale tracking systems.

BioTrack first won Washington State’s contract over 21 other companies in 2013, netting $750,000 for the base deal and even more as part of a two-year maintenance agreement.

So far in 2015, the company has won similar contracts from New York, Illinois and New Mexico, which could bring in more than $1 million in additional revenue. The company has so far won four out of six state contracts awarded to software companies for seed-to-sale tracking systems.

But revenue is only one benefit: Landing government contracts has also helped BioTrack build credibility in the cannabis industry quickly, which in turn has helped the company land more retail customers.

Marijuana Business Daily spoke to Patrick Vo, BioTrack’s CEO, about government contracts and the ins and outs of cannabis tracking software. Following are his comments, edited for length and clarity.