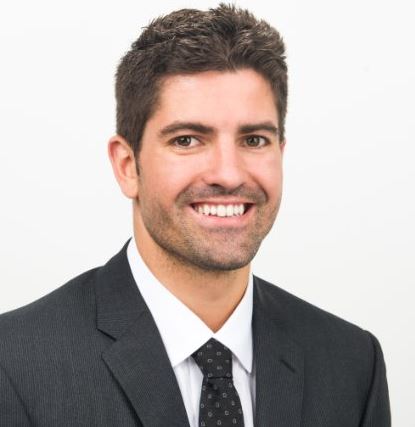 It is now official: A measure to legalize adult-use or “recreational” cannabis will be on the ballot this November in California. A coalition, that includes former Facebook President Sean Parker, has collected 600,000 signatures, more than enough to qualify the initiative.

The measure would allow adults ages 21 and older to possess, transport and use up to an ounce of marijuana for recreational purposes and would allow individuals to grow as many as six plants.

The ramifications for the cannabis industry are tremendous, and provide the greatest opportunity for business expansion in the history of the marijuana decriminalization movement.

The California economy is huge; in fact it’s the largest in the United States by a wide margin. According to World Bank GDP estimates from 2014, if California were a country, it would rank as the eighth-largest economy in the world. This enormous size could mean a profound jump in annual marijuana sales, as well as in the tax revenues and licensing fees.

There are varying forecasts about the size of the California cannabis market if legalization passes, ranging from just $2 billion to over $10 billion. The largest variable is the price of marijuana, which estimates place from $320 per ounce, all the way down to $64 per ounce, driven by supply and demand. Currently, medical marijuana sales in California last year hit $2.7 billion, and account for nearly half of all legal marijuana sales in the country.

Consequently, California cannabis growers may either make a ton of money, or just a living.

However, what does not change is the amount of cannabis in California that forecasts predict to be consumed. Estimates place that number at about 2 million pounds per year. This creates a huge opportunity, not just for cannabis growers and retailers, but also for businesses servicing the industry in other ways, like selling packaging or ancillary products.

The enormity of the California cannabis market does not mean that it will be easy for companies to haul in the profits. In fact, quite the contrary may be true. Even those businesses that are firmly entrenched in the cannabis economy may have a difficult time scaling up to meet the demand of a legalized California marijuana market. Companies without easy access to capital may find themselves left behind in this greatest chapter of “The Green Rush.”

Forward-thinking executives would be well advised to plan now for a rapid expansion once legalization is approved. As with any industry, there will be winners and there will be losers in the race for brand dominance and market share, with an enormous edge going to those companies that can rapidly increase production, hire new employees, increase fleet size, and perhaps even invest in new facilities.

Accordingly, the linchpin to many company’s success (or lack thereof) will almost surely be strong capitalization and quick access to low cost capital.  And the time to prepare is now…

Nick Kovacevich is a seasoned entrepreneur who has built several successful businesses, including Kush Bottles (OTC:KSHB), a leading compliant packaging solutions provider for the legal cannabis industry.  Mr. Kovacevich was a captain for the NCAA Division II men’s basketball team at Southwest Baptist University, where he graduated in 2009 with summa cum laude honors.  Mr. Kovacevich started Kush Bottles in 2010, with a goal to provide pharmaceutical grade, child-safe packaging to the emerging medical cannabis industry.  Kush Bottles now has facilities in three states with over 35 employees.  In addition, the company is fully compliant with the SEC and publicly traded on the OTC exchange.

In 2012, Kovacevich helped found BigRentz, an Irvine-based technology company.  Mr. Kovacevich is an advisor and board director for the 80+ employee business, which generated over $30M in sales in 2015.

Today, Nick Kovacevich is the CEO of Kush Bottles and a recognized cannabis industry expert.  Kovacevich is respected for bringing child-safe packaging and compliance standards to the emerging market.  He is often asked to speak around the country at various cannabis conferences and has been featured on major media networks such as CNBC.