Growth of Dispensaries and Retailers

Cannabiz Media has been tracking cannabis licenses since 2015, and periodically, we share insights from tracking 30,000+ licenses. A key metric in any industry revolves around points of distribution – or how many places are available to sell product. The team researched active adult use (retailer) and medicinal (dispensary) licenses and tracked the changes month by month. The following analysis shows the growth these licenses have experienced on a year-to-date basis.

In the graph below, we show the change in the number of active medicinal and recreational licenses nationwide. There’s been a gentle growth curve with an upward trend. The number of licenses issued has grown 25% since the start of the year from 2,590 to 3,229. Keep in mind that these numbers include stores that may have both a medicinal and an adult license. 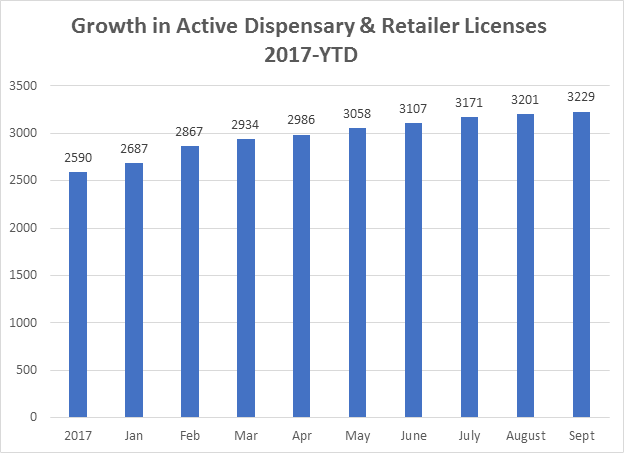 The growth in dispensaries and retailers came from California, Colorado, Florida, and Oregon – they accounted for 544 or 85% of the added licenses so far this year. Not surprisingly three of these states have active adult use markets.

The biggest impact has been California as the state accounted for 52% of the almost 639 new licenses nationwide. However, this growth has slowed as the California regulators no longer require license holders to get separate medicinal and adult-use licenses. This eases the expense and complexity for license holders and lessens the number of licenses the regulators need to track.

This regulatory change enacted in May has decreased the active retailer licenses in California so there will soon be a 1:1 relationship between storefront and license. Cannabiz Media has identified the number of “retired” licenses in California – as the temporary license holders have come up for renewal, one of their licenses is retired and the other lives on. We estimate that 282 California Temporary Adult and Medicinal Retail licenses have been merged. 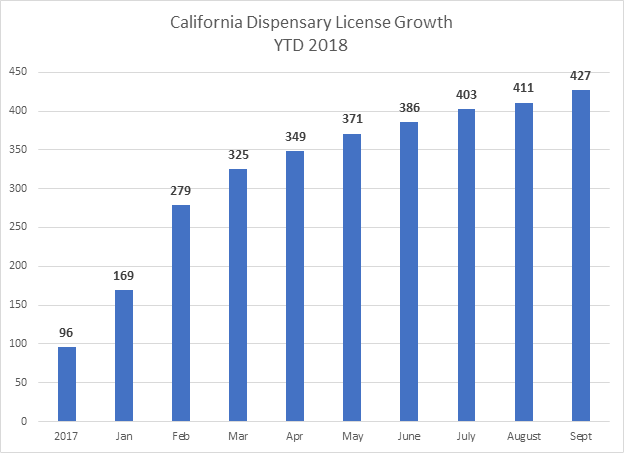 Observations from Other States

Cannabiz Media categorizes state markets into four categories including Volatile, Active, Stable and In Process. Volatile states generate lots of licenses on an unpredictable schedule like California, Oregon or Florida. Active states like Colorado issue licenses periodically. Stable states go long intervals in awarding licenses and tend to be medical markets like Connecticut, New York, Maine or Vermont. In Process states are still constructing their programs and have not issued licenses yet.

This data is displayed in the infographic below where the states below in dark green show the greatest increase in licenses. 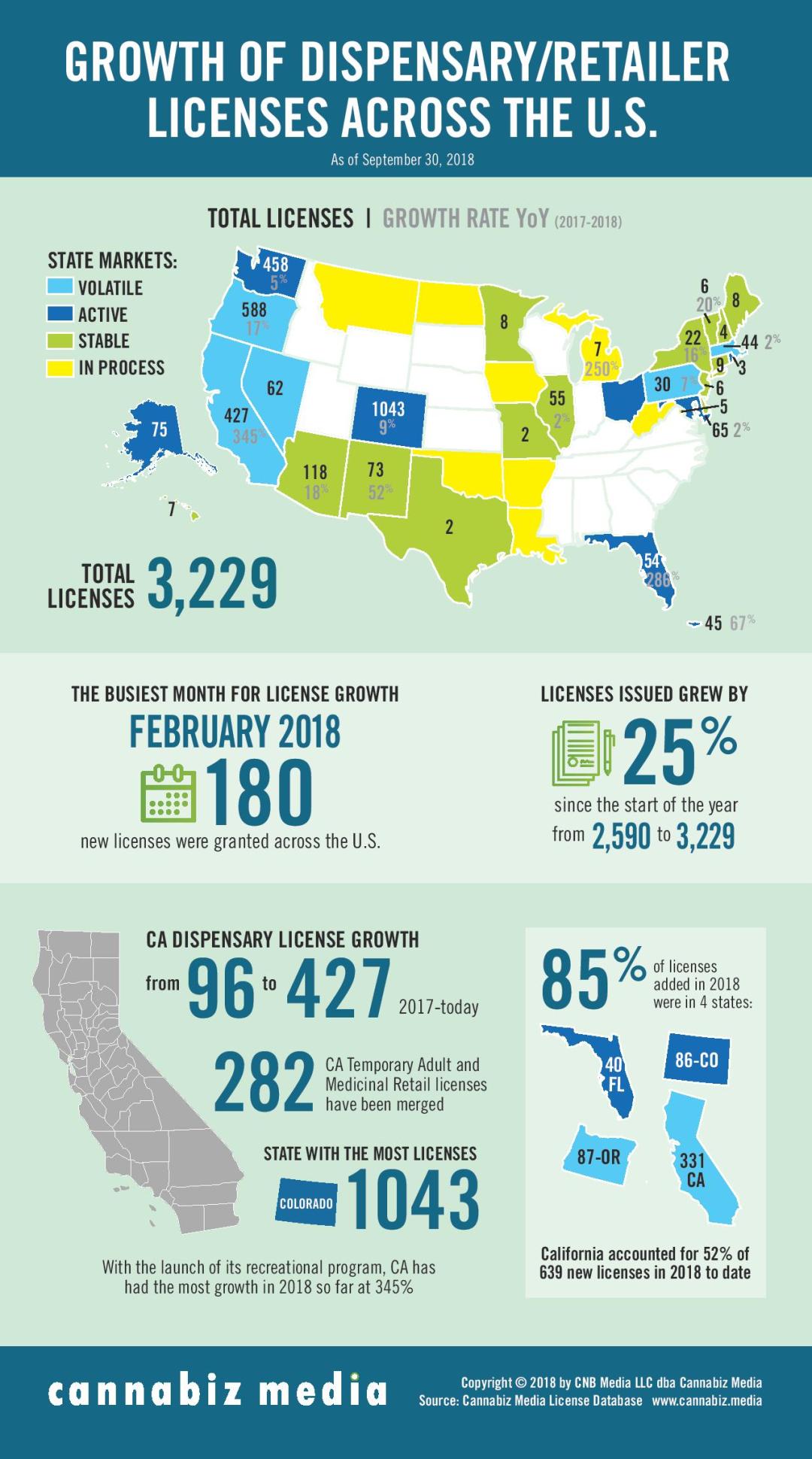