The fourth quarter of 2018 was notable as states like Connecticut doubled their dispensaries from nine to 18 while Oklahoma went on a spree issuing 162 caregiver, 805 dispensary, 1,302 grower, and 341 processor licenses by year end.

However, all this pales in comparison to California, which issued 6,855 new licenses between November 1, 2018 and year end. The regulators talked throughout the fall that their staff was going to be working nights and weekends to process the last of the temporary licenses, and it appears they were true to their word. 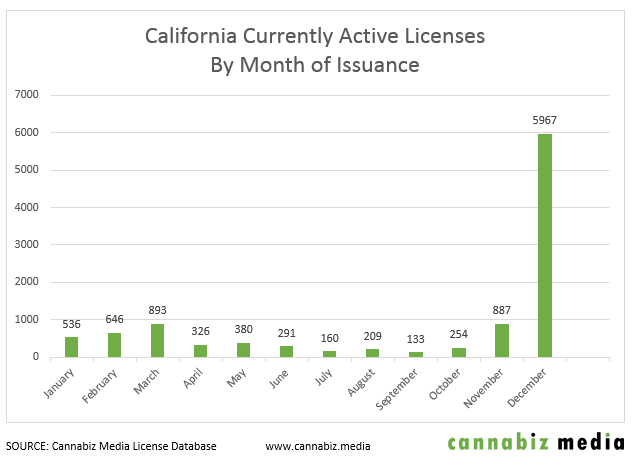 As we have documented over the last 13 months, cultivators are stacking licenses to create large cultivation facilities. You can see the top five companies that received licenses during the last 60 days in the table below. 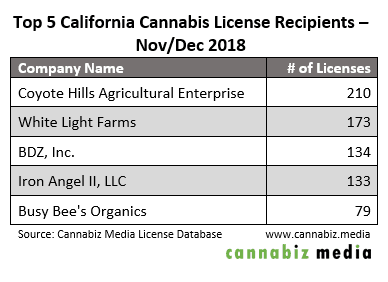 There are three regulators in California and each is responsible for different parts of the value chain: 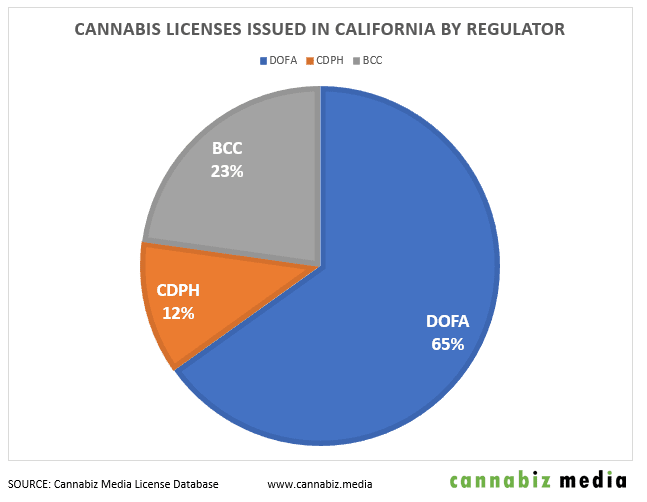 The chart below provides a deeper dive into the licensed activities. 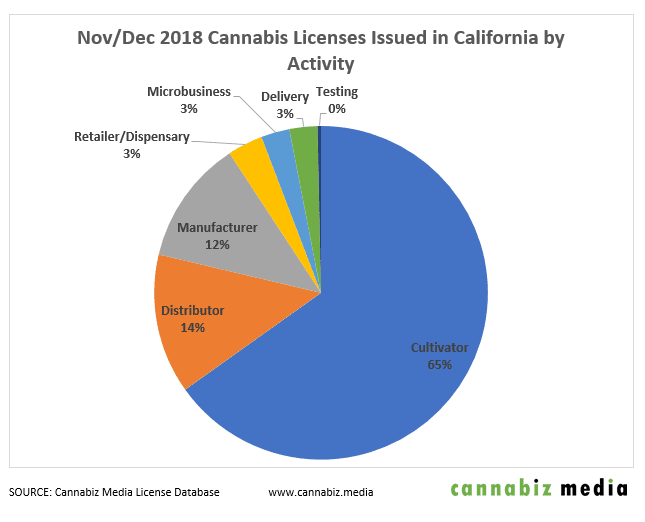 In comparing licenses issued by activity, many categories almost doubled like distributor at 198%, manufacturer at 188%, and cultivator at 178%. Retailers only increased by 58% and testing labs by 68%. 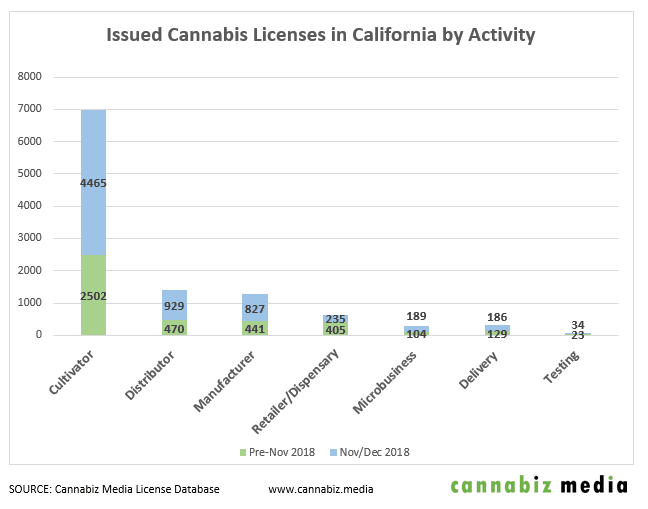 The state of California has a myriad of licenses that it offers to cannabis businesses. The licenses of choice during the recent issuance were for cultivation and manufacturing. The top 10 are shown in the table below. 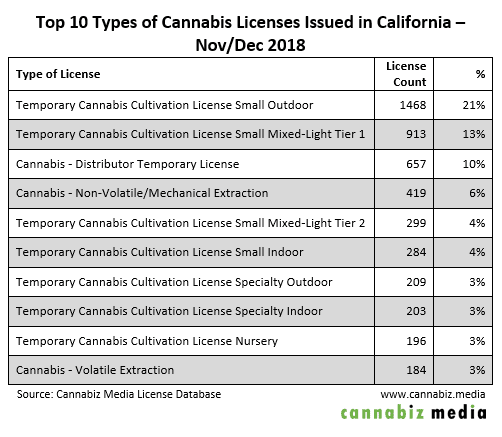 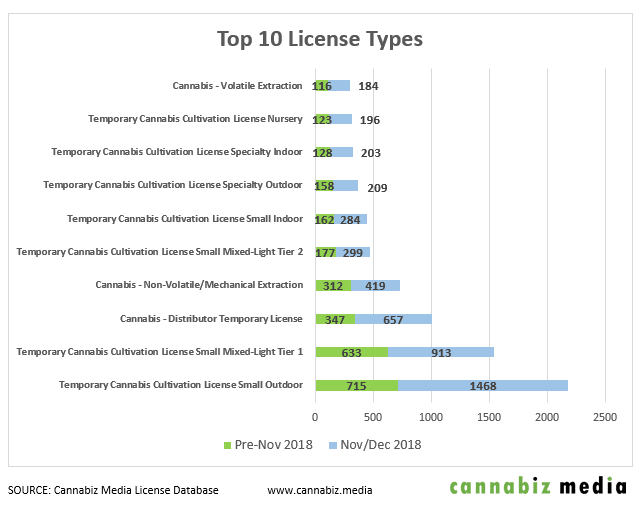 Since California ceased issuing temporary licenses, the license onslaught has ebbed. We will monitor the disposition of these licenses as they migrate to become provisional and annual licenses. There are some expiration date peaks on the horizon that will confront regulators and license holders as shown in the chart below. 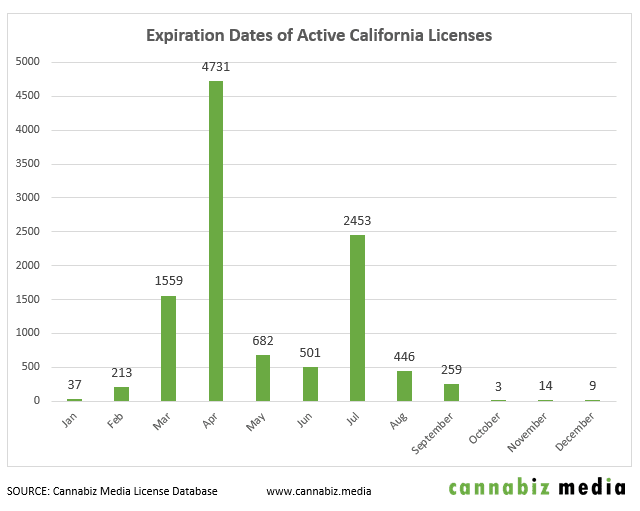 Looking Ahead to California Cannabis Licenses in 2019

With a year of regulation complete and the newly approved state regulations for cannabis businesses, California and its license holders should experience a more stable year.

This year will come with challenges as license holders work on their annual licenses, connect to track and trace, and pay application fees and of course, taxes.

At Cannabiz Media Ed enjoys the challenge of working with regulators across the country as he and his team gather corporate, financial, and license information to track the people, products and businesses in the cannabis economy. Ed graduated from Hamilton College and received his MBA from the Kellogg School at Northwestern University. He has been active with the Software & Information Industry Association for his whole career and managed the Content Division for six years. He’s was recently a Trustee at the Country School in Madison CT and a Little League Coach for seven years.