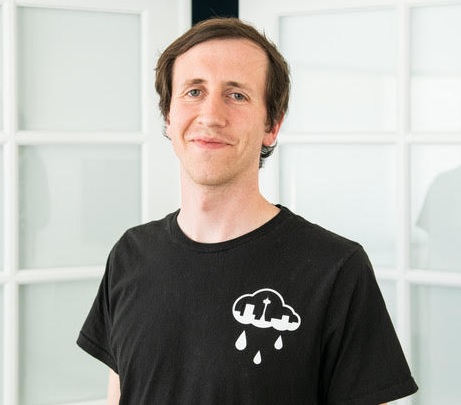 Launched in April 2017, Kin Slips is a relatively young company. But, its line of sublingual strips is already in nearly 90 retail stores in California, and the company is gearing up for its Series A. Cofounder and CEO Josh Kirby spoke with New Cannabis Ventures about what makes sublingual products different, his company’s evolving product portfolio, and staying ahead in the competitive, changing California marketplace.

Kirby was living in New York when he first decided to pursue the cannabis industry. He moved to Seattle and started looking for a product niche to fill. He and his team examined cannabis delivery methods and found their focus.

When cannabis is smoked or vaped, some of the product is lost through residual smoke. When consumed as an edible, much of the cannabis is metabolized before it reaches the bloodstream. Instead of these delivery methods, Kin Slips produces sublingual strips. Placed under the tongue, the blend of cannabinoids and terpenes in each strip is absorbed directly into the bloodstream, and the user feels the effects within 10 to 15 minutes.

The Kin Slips product portfolio contains three different branded slips (Cloud Buster, Park Life, and Nice Dream) each designed to create a specific effect. Cloud Buster, designed for daytime use, aims to bolster energy, focus, and creativity. Park Life, the company’s CBD blend with 10 milligrams of CBD and 1 milligram of THC, is designed for pain and anxiety management without psychoactive effects. Nice Dream is designed to have a relaxing effect, which Kirby likens to an end-of-the-day glass of wine.

The Kin Slips product portfolio is going to evolve to provide even more specific effects, a drive reflected in the company’s upcoming launch of two new products. Kirby and his team observed Nice Dream being used by two distinct groups of people: one that wanted to relax and the other that wanted help falling asleep. So, the company is retiring  Nice Dream and replacing it with two new products: Float On and Shut Eye. The terpene blend of Float On caters to the group seeking relaxation, while the CBN formulation of Shut Eye is designed for users who want to fall asleep. In addition to expanding its line of sublingual strips, Kirby also expects Kin Slips to explore opportunities in the hemp-based CBD market.

Although Kirby sees expansion in the United States and beyond in the future, the company is currently focused on securing its operations in the challenging environment of California. For Kirby, that means remaining nimble enough to handle the regular but unpredictable waves of regulatory changes. As the state becomes more regulated, he sees widespread confusion among companies scrambling to realign their strategies and keep up. Undoubtedly many companies will successfully navigate those changes, but smaller players will either drop out of the market or join larger companies looking to consolidate. Long-term, Kirby expects the cannabis industry to look similar to the alcohol space: a few large companies with the lion’s share of the brands and a few smaller players akin to micro-brew companies.

When Kin Slips is ready to expand beyond California, likely within the next year, Canada is a market of interest. But, the company will need to pivot its strategy. Much of its brand in California relies on beautiful packaging that captures the eye and interest of the consumer, but Canadian regulations stipulate products be placed in plain packaging.

Thus far, Kin Slips has been funded by a seed round and a bridge round. Now, the company is gearing up to launch its Series A within the next few months. In anticipation of inevitable regulatory changes, Kirby expects the company will need to raise more capital in the future to remain nimble.

In addition the challenges of scale all cannabis companies face, Kirby is looking ahead to connecting with the consumer. As the novelty of cannabis legality begins to fade, he foresees the attention span of cannabis consumers becoming increasingly brief. He anticipates the company will need to find ways to capture that attention and solidify Kin Slips’ place in the market.

To learn more, visit the Kin Slips website. Listen to the entire interview: