Statistics Canada released July retail sales for the country this morning, with very positive data for the cannabis sector, as overall cannabis sales grew 15% sequentially to C$231.6 million, up 116% from a year ago. The report detailed substantial growth in Ontario, which grew 23% to C$60.3 million, with the other large provinces, Alberta, British Columbia and Quebec all experiencing solid growth as well: 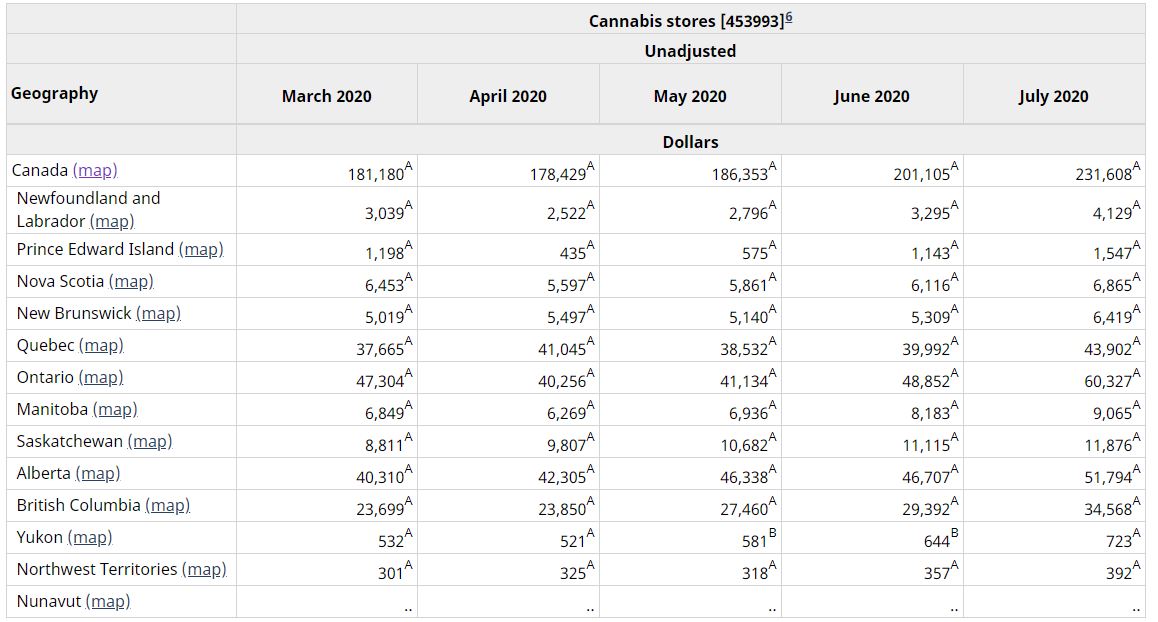 Part of the growth may be that July had an extra day, but this was a clear improvement from recent trends. Hifyre IQ had forecast a big jump based upon its data, though its estimate at $238 million was slightly above the actual outcome. The data analytics provider had estimated August growth to be 10% above its July forecast.

Drivers of growth include the expansion of stores in BC and especially Ontario, the success in value-priced flower and the roll out of next-generation products, especially vapes. The buying ahead of the pandemic in March appears to have impacted the sequential growth patterns, with July finally showing robust growth that had been lacking in May (+4%) and June (+8%): 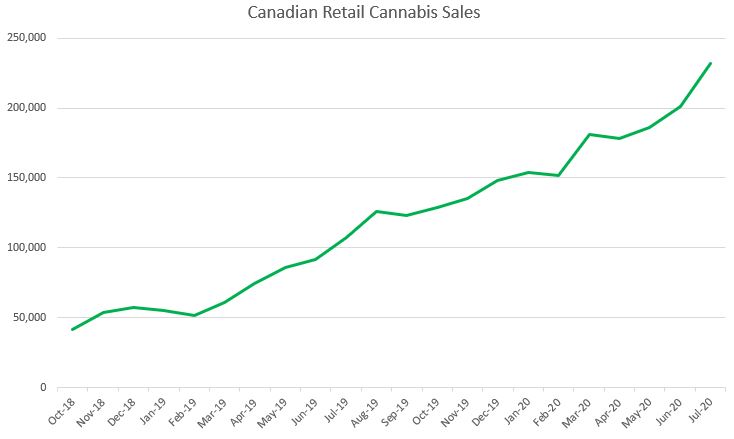 The August sales will be released on October 21st.