Statistics Canada released October retail sales for the country this morning, with cannabis sales growth increasing sequentially off of a revised higher September level and accelerating annual growth to 109.4%. Sales of C$270.0 million grew 5.1% from September. Hifyre IQ had forecast sales of C$265 million based upon its data.  The data analytics provider has been estimating November growth to be 7% below its October forecast, which would be 9% lower than the actual October sales level.

Almost half of the growth from September to October came from Ontario, which accounted for a C$6 million sequential gain. Alberta and Quebec, which each grew by about C$3 million, were responsible for most of the balance of the growth.  Value-priced flower and the expansion of next-generation products, like vapes, is helping along with store expansion. 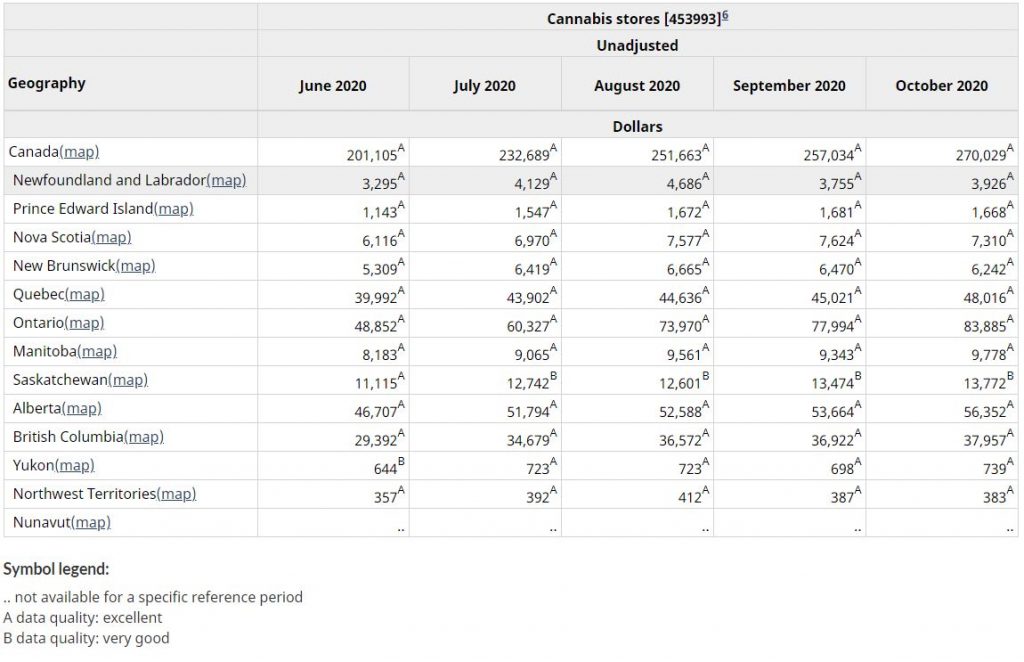 Hifyre IQ estimated that product categories have been stable, with flower shrinking slightly and edibles increasing. 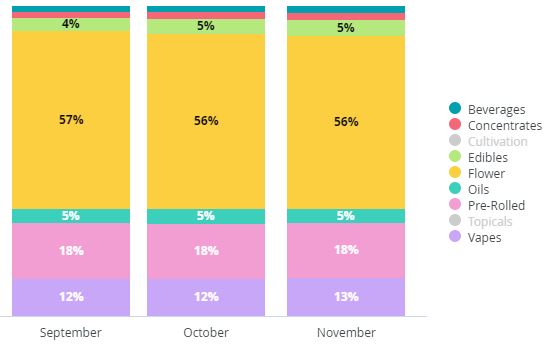 The November sales will be released on January 22nd.