Statistics Canada released March retail sales for the country this morning, with cannabis sales bouncing sharply from February, which had three fewer days. Sales of C$298.1 million rose 13.8% after two consecutive sequential declines of 6% to begin the quarter and increased 65.0% from a year ago. This was the slowest year-over-year growth since adult-use sales commenced. Q1 sales advanced only 1.8% over Q4. 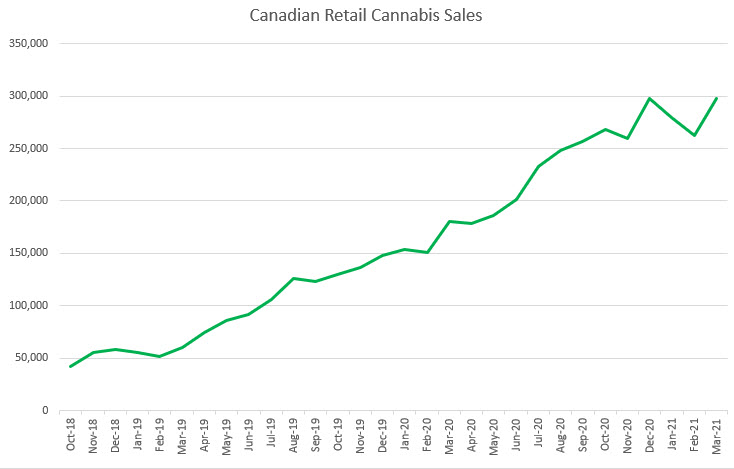 Hifyre IQ had forecast sales of C$309 million based upon its data. The data analytics provider has been estimating April growth to be similar to the March forecast, which would be 4% higher than the actual March level and up 73% from a year ago.

COVID lockdowns have been weighing on retail sales, while an increase in the number of stores as well as falling flower prices have been boosting sales. In Ontario, the largest province in population, sales were up 19%, reflecting the increase in the number of stores. Compared to a year ago, sales gained 121%, outpacing other provinces. Alberta, which is the second-largest province, rose 10%, up 47% from a year ago. Quebec also rose 10% from February, while British Columbia fell increased 12%. 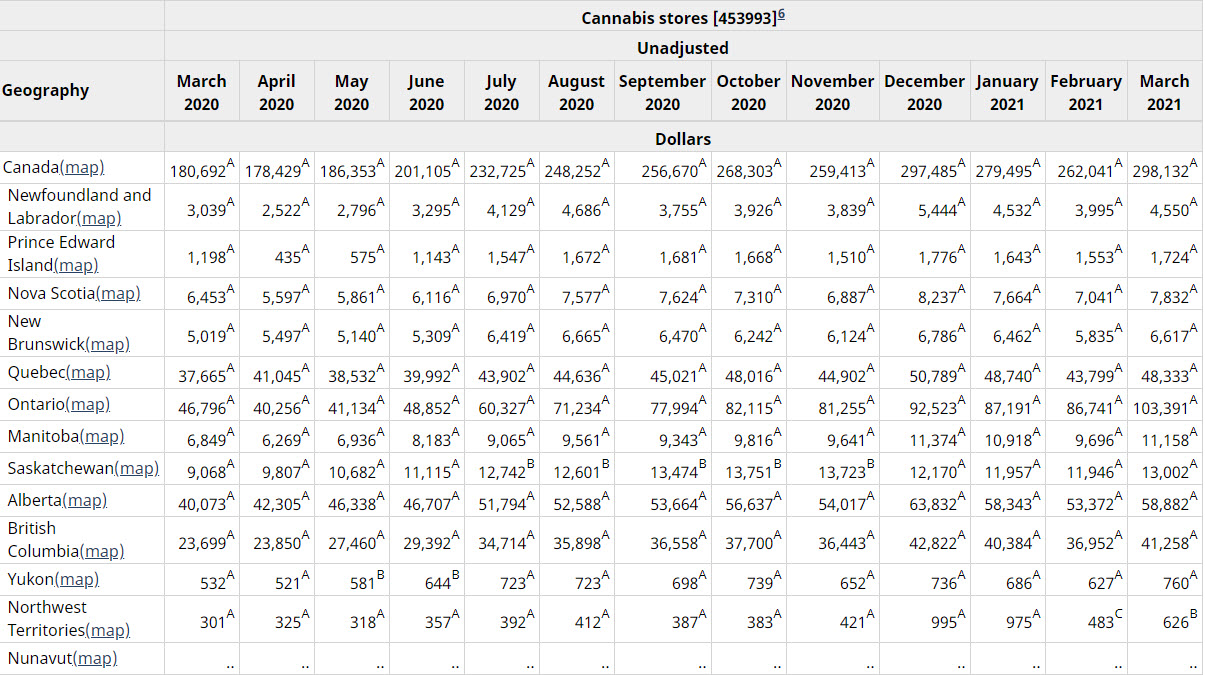 Hifyre IQ estimated that product categories have been stable, with a slight decrease in flower towards pre-rolls over time. Flower and pre-rolls represent, according to Hifyre IQ data, 73% of the market. 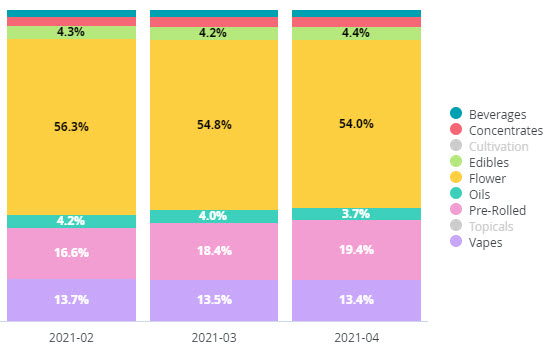 The April sales data will be released on June 23rd.