Statistics Canada released November retail sales for the country this morning, with cannabis sales growth decreasing sequentially and slowing from a year ago. Sales of C$261.4 million fell 3.2% from September and rose 93% from a year ago, down from a 109% year-over-year growth in the prior two months. 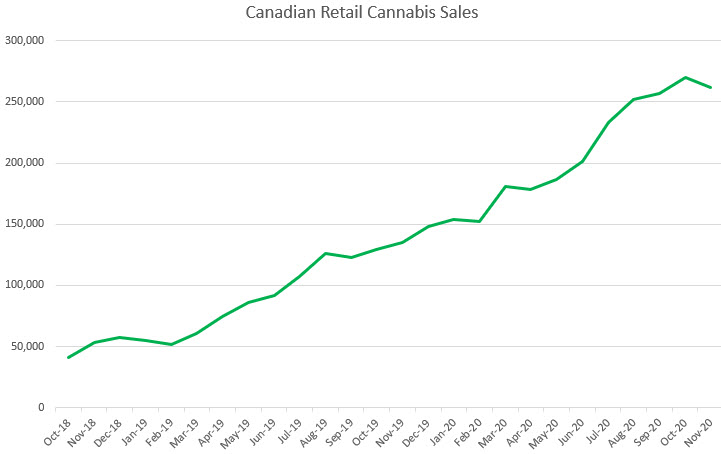 Hifyre IQ had forecast sales of C$249 million based upon its data. The data analytics provider has been estimating December growth to be 12.5% above its November forecast, which would be 7% higher than the actual November sales level.

The decline is partially due to a fewer number of days in November, but it also echoes similar slowdowns in the U.S. during the month. Perhaps an acceleration of COVID-19 played a role. Ontario, which has been leading sequential growth as more stores open and is the largest province in terms of sales, fell 1.2%, which was better than the overall decline. Quebec, which is the third-largest province in terms of sales, fell 6.5%. Alberta, which is the second-largest, declined 4.6%. 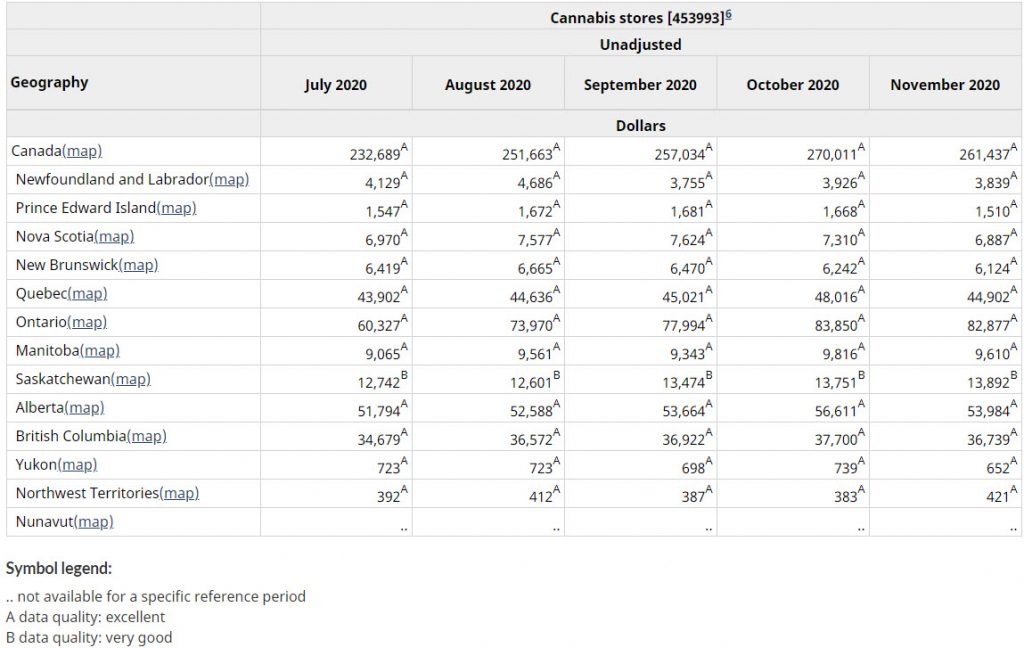 Hifyre IQ estimated that product categories have been stable. 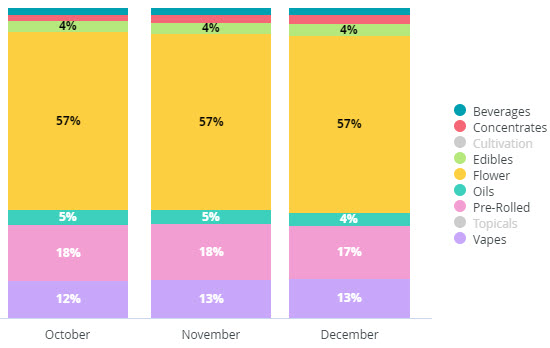 The December sales will be released on February 19th.