Statistics Canada released June retail sales for the country this morning, with cannabis sales increasing from May despite one less day. Sales of C$318.7 million, a record high, rose 2% from May, similar to the sequential gains in April and May. The record sales were up 58.5% from a year ago, the lowest annual growth to date and down from 68.1% in May. 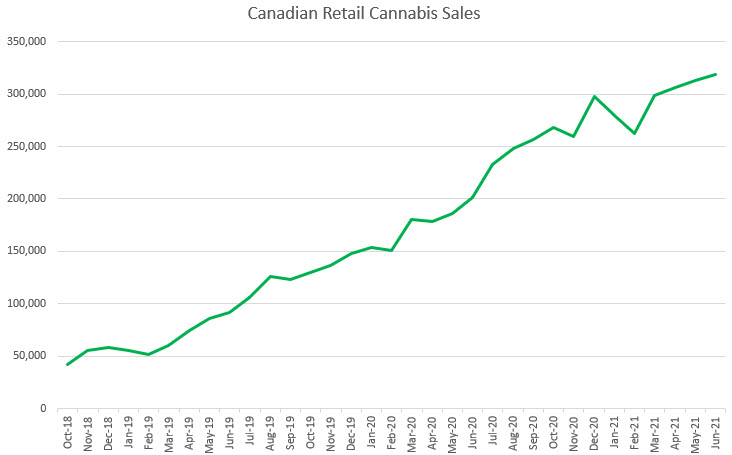 Hifyre IQ had forecast sales of C$308 million based upon its data. The data analytics provider has been estimating July sales to be modestly higher, which would be 0.5% lower than the actual June level and up 36% from a year ago.

COVID lockdowns have been weighing on retail sales, while an increase in the number of stores as well as falling flower prices have been boosting sales. In Ontario, the largest province in population, sales were up 8% from May and 146% from a year ago, reflecting the increase in the number of stores. Alberta, which is the second-largest province, was down 4% from May and up 22% from a year ago. Quebec decreased 1%, while British Columbia decreased 4%. 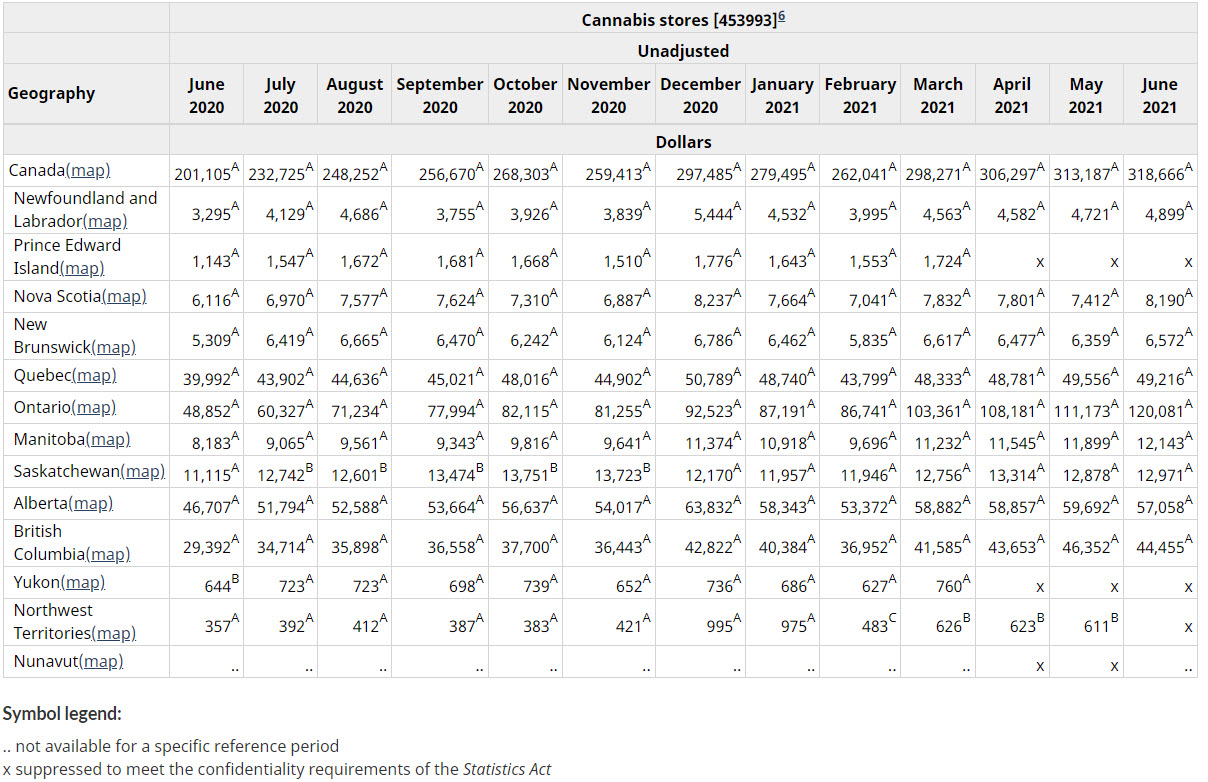 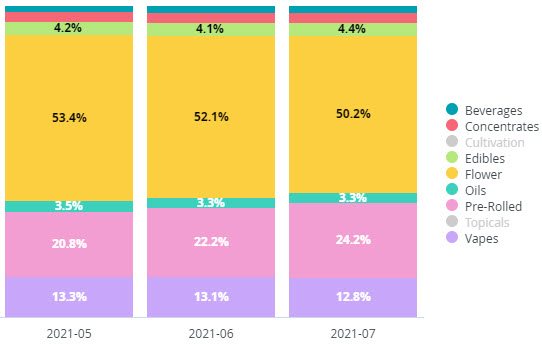