Statistics Canada released October retail sales for the country this morning, with cannabis sales increasing from September by 2.8% to C$364.2 million. The record sales were up 35.7% from a year ago, the lowest annual growth to date and down from 38.2% in September. 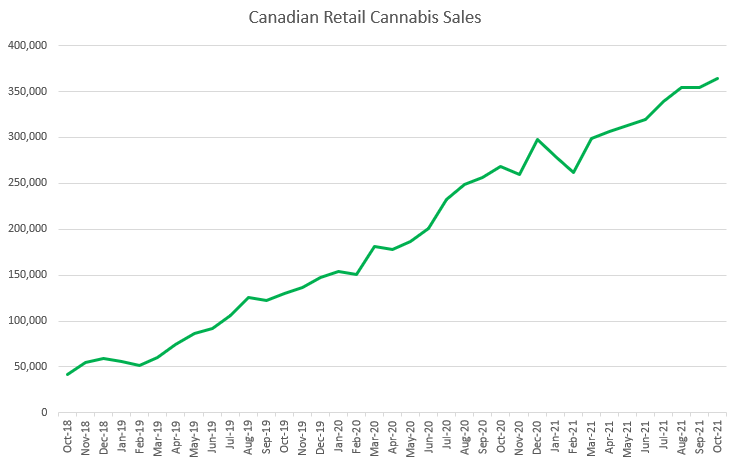 Hifyre IQ had forecast sales of C$360 million based upon its data. The data analytics provider has been estimating November sales to be 6% lower, which would be 7.2% below the actual October level and up 30% from a year ago. 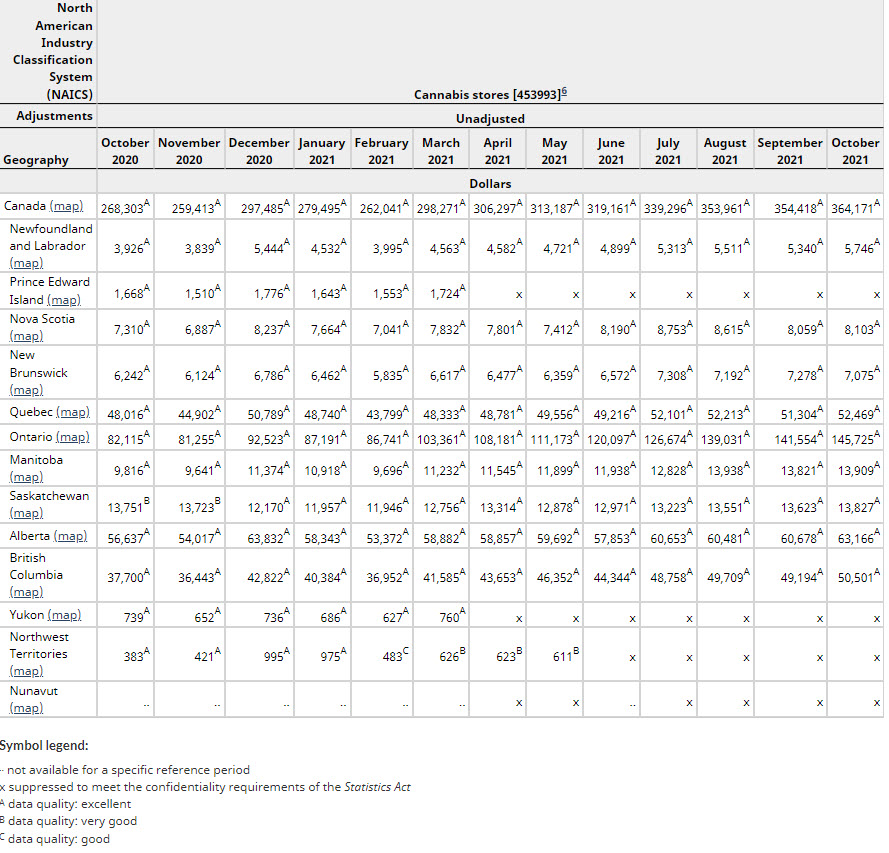 Hifyre IQ estimated that product categories have been stable, with a slight decrease in flower towards pre-rolls over time. Derivative products continue to account for a relatively small amount of the market. Flower and pre-rolls represent, according to Hifyre IQ data, 72% of the market in October, slightly lower than in September, with another small gain in non-flower products projected for November, when flower and pre-roll are estimated to total 71.8%. 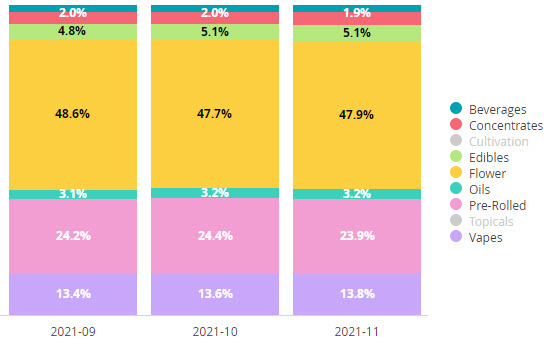 The November sales data will be released on January 21st.