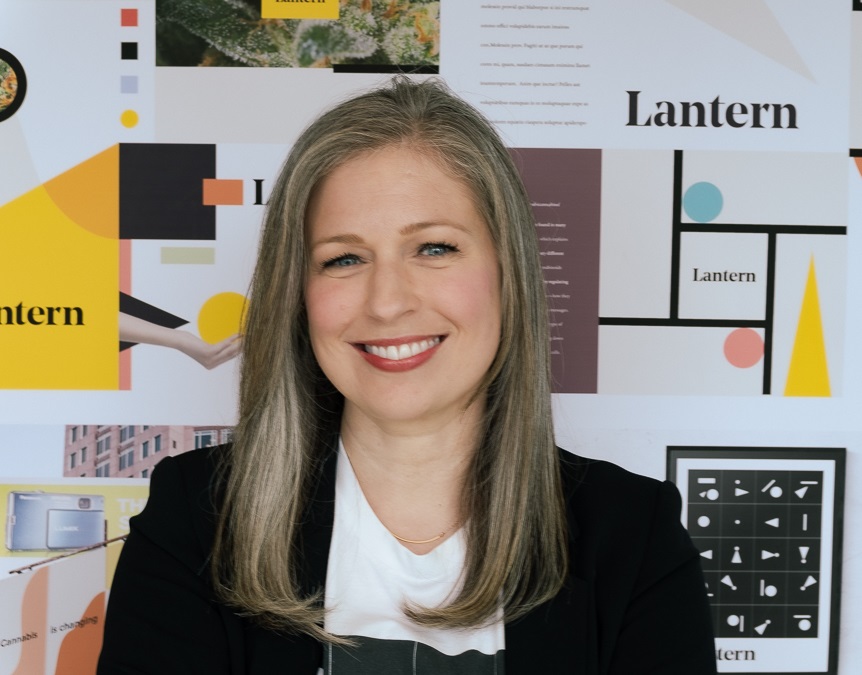 Cannabis ecommerce company Lantern spun out from online alcohol delivery platform Drizly last year with $40 million in funding. Since then, the company has been establishing its place in the cannabis delivery business and building out its capabilities. Co-Founder and CEO Meredith Mahoney spoke with New Cannabis Ventures in November 2021, and now, she followed up to talk about the company’s growing footprint, social equity incubators and competitive position.

For the year following its spinout, the company worked through which features to leverage from the Drizly tech stack and which to build on their own. The Lantern team has invested time and effort into understanding how consumers shop for cannabis to build out its platform. Lantern has partnered with dispensaries to give consumers choice when it comes to product, THC percentages, delivery times and price.

Lantern launched in Massachusetts, and it has steadily grown its reach in the state. The company is covering most of the Greater Boston Area and delivering as far as the Cape, according to Mahoney.

Beyond Massachusetts, the company has established operations in Colorado and Michigan. Lantern has had operations in Aurora, Colorado for approximately a year, as it was one of the state’s few jurisdictions that had licensed delivery. Just about a month ago, Lantern made its debut in Denver. Though the delivery market there is relatively small, Lantern owns a large chunk of it, according to Mahoney. Lantern has a small business in Detroit, its main focus is on Massachusetts and the recent launch in Denver.

Across its current footprint, Lantern works with approximately 25 dispensaries. The company does not aim to work with every single dispensary in a market. Rather, it looks for dispensaries that have good product assortment and pricing, as well as an investment in delivery.  Doobie, NETA, Garden Remedies and Sanctuary are among the Boston dispensaries on the Lantern platform.

When Mahoney spoke with New Cannabis Ventures last year, she expressed interest in the New Jersey market. New Jersey remains of interest, but the state has yet to release its adult-use delivery regulations in full. The Lantern team is waiting until it can fully understand how to operate in the state, but the company is already laying the groundwork. It launched a social equity incubator in the state, and it has already run its first cohort through it. Once New Jersey releases delivery regulations and begins the licensing process, Lantern will be ready, according to Mahoney.

Lantern is also eagerly awaiting the opportunity to serve consumers in New York. While it does have operations in Michigan and Colorado, Lantern is largely focused on East Coast expansion.

Lantern develops its social equity incubators in different ways, depending on the location. For example, it recently launched an incubator in New York. The initiative is a collaboration among multiple advocacy groups.

Lantern’s Place in the Value Chain

Competition is on the minds of the Lantern team members, but it has not been as high as anticipated, according to Mahoney. She sees different companies serving different parts of the value chain. Rather than focusing on individual competitors, like Dutchie or an MSO, Lantern focuses on creating the best consumer experience to capture cannabis dollars.

Lantern still has capital available and plenty of runway for growth. Mahoney is cognizant of the industry consolidation taking place, but there are no immediate plans to pursue M&A.

The company still has capital at its disposal, and the team focuses on remaining disciplined. Lantern does not over-hire, and it knows it is operating in a tough regulatory environment with an uncertain timeline for federal legalization. Mahoney expects the company to go out and raise more only if a large opportunity arises that cannot be pursued with the company’s current balance sheet.

While Lantern makes a point not to over-hire, it has added talent to its team. The company was initially built with tech talent. Now, it has pivoted to bring in cannabis talent as well. Lantern  has attracted team members with experience at companies like Leafly, Curaleaf and Headset. Ultimately, Mahoney wants Lantern to have a legacy of building cannabis executives that go on to found new cannabis companies and push the industry forward.

Lighting the Path Ahead

Lantern is still in its early days, but Mahoney is excited by the company’s monthly and quarterly growth. As the company forges ahead, the Lantern team is looking to metrics like new customer acquisition and customer lifetime value. The company is growing, and Mahoney stressed the important role that cannabis consumers have played in Lantern’s success thus far. Communities have embraced the company and helped it on its journey forward in the cannabis industry.

To learn more, visit the Lantern website. Listen to the entire interview: