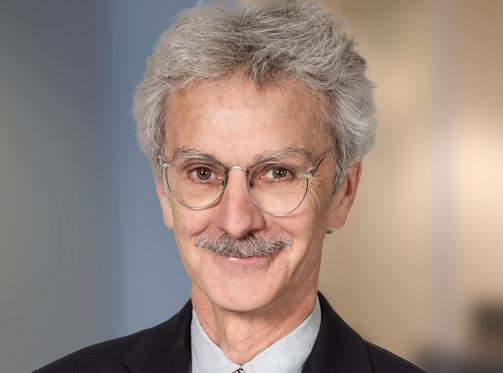 Precedential No. 16: TTAB Affirms Refusal of PHARMACANN for Medical Marijuana Services Due to Illegality under CSA

The Board affirmed refusals to register PHARMACANN and PHARMACANNIS for “Retail store services featuring medical marijuana” and for “Dispensing of pharmaceuticals featuring medical marijuana” on the ground that applicant lacked a bona fide intent to use the marks in commerce because the recited services are prohibited by a federal statute and cannot be in lawful use. Although Congress has forbidden the Department of Justice from expending any funds to prevent any state that has legalized medical marijuana from implementing its own laws, that prohibition is temporary and the law could be changed at any time. In re PharmaCann LLC, Serial Nos. 86520135 and 86520138 (June 16, 2017) [precedential] (Opinion by Judge Larkin).

In order for a mark to qualify for registration, the use of the mark in commerce must be “lawful.” In re JJ206, LLC, 120 USPQ2d 1568, 1569 (TTAB 2016). If the goods/services are illegal under federal law “the applicant cannot use its mark in lawful commerce, and it is a legal impossibility for the applicant to have the requisite bona fide intent to use the mark.” Ibid.. The Examining Attorney maintained that the applications at issue here involve per se violations of federal law because the dispensing of marijuana is illegal under the federal Controlled Substances Act (“CSA”), 21 U.S.C. §§ 801 et seq. [The CSA uses the spelling “marihuana.”]

Applicant put forth two principal arguments: first, that the Departments of Justice has announced [in the so-called “Cole Memorandum“] that it would not prosecute caregivers for providing medical marijuana or individuals for using medical marijuana, so long as the “actions are in clear and unambiguous compliance with existing state laws providing for the medical use of marijuana;” and second that Congress “has taken the same position as the Department of Justice,” in several Appropriations Acts, by prohibiting the Department of Justice from expending funds to prevent states that have legalized medical marijuana (including Applicant’s home state of Illinois) from implementing their own state laws.

Applicant’s first argument, the Board pointed out, “is foreclosed by our decision in JJ206, in which we ‘reject[ed] Applicant’s argument that its use and intended use of the mark are lawful based on the [Cole] memorandum.'” 120 USPQ2d at 1571. There the Board held that the Cole Memorandum by its terms was “intended only ‘as a guide to the exercise of investigative and prosecutorial discretion’ and specifically provide[d] that ‘[n]either the guidance herein nor any state or local law provides a defense to a violation of federal law, including any civil or criminal violation of the CSA.'” Id. n.18 (quotation omitted). The Board then ruled that the conclusions reached in JJ206 regarding recreational marijuana applied equally to medical marijuana. “In both contexts, the Cole Memorandum lacks the force of law and “does not and cannot override the CSA.” Id.

Applicant’s second argument, albeit novel, was equally unsuccessful. The Board observed that in United States v. McIntosh, 833 F.3d 1163, 1169-70 (9th Cir. 2016), the United States Court of Appeals for the Ninth Circuit decided “whether criminal defendants may avoid prosecution for various federal marijuana offenses on the basis of a congressional appropriations rider [sometimes called the Rohrabacher-Farr Amendment] that prohibits the United States Department of Justice from spending funds to prevent states’ implementation of their own medical marijuana laws.”

The court ultimately concluded that the answer was “yes” if “their conduct was completely authorized by state law, by which we mean that they complied with all relevant conditions imposed by state law on the use, distribution, possession, and cultivation of medical marijuana.” Id. at 1179. In doing so, however, the court also concluded that the Appropriations Acts and the Rohrabacher-Farr Amendment did not make medical marijuana legal under the CSA.

The Board found the court’s reasoning to be persuasive: although the Department of Justice is currently prohibited from spending funds for prosecution of those who are in compliance with state law, Congress could change its mind tomorrow. The court further noted: “Moreover, a new president will be elected soon, and a new administration could shift enforcement priorities to place greater emphasis on prosecuting marijuana offenses.” In any event, the CSA is still the law.

Nor does any state law “legalize” possession, distribution, or manufacture of marijuana. Under the Supremacy Clause of the Constitution, state laws cannot permit what federal law prohibits. U.S. Const. art VI, cl. 2. Thus, while the CSA remains in effect, states cannot actually authorize the manufacture, distribution, or possession of marijuana Such activity remains prohibited by federal law. United States v. McIntosh at 1180 n.5

The Board observed that there may be support in Congress for reclassification of medical marijuana under the CSA to a status that would make its possession, distribution, and dispensing lawful under federal law. However, that is not the law as of the date of its decision.

And so the Board affirmed the refusals to register.

John Welch, attorney at Wolf Greenfield, has represented clients in scores of patent, trademark, copyright, unfair competition, and domain name lawsuits across the country, and has handled hundreds of opposition and cancellation proceedings before the Trademark Trial and Appeal Board (TTAB) of the US Patent and Trademark Office.

He is responsible for the international trademark portfolios of a number of major companies in such diverse fields as restaurant services, food processing machinery, and computer hardware and software. John has obtained numerous utility and design patents for clients in a variety of industries, such as lighting fixtures, electrical instrumentation, ceramic candle holders, food processing machinery, and kitchen utensils.

Cannabis Stock Investors Are Wrong to Fear This Development