Editor’s note: This article has been revised as of 6/8/22 due to a substantial number of revisions to the original data provided by BDSA

On May 20th, BDSA announced improvements to its industry data. Our April coverage includes finer detail of category, brand and product reporting, a refinement to the process of highly discounted items and a restatement of the total size of the California market to better align with state published data.

Looking at a per-day basis, April sales as covered by cannabis data analytics firm BDSA expanded sequentially in 10 out of 11 states. Compared to a year ago, sales were down in 7 markets, mostly driven by declining flower growth. In this review, we will look at the markets one-by-one, beginning with the eastern markets and then concluding with the western markets. In total, sales across the 11 markets totaled $1.69 billion during the month.

BDSA provides coverage for Florida, Illinois, Maryland, Massachusetts, Michigan and Pennsylvania. In April, year-over-year growth ranged from -7.4% in Maryland to 24.7% in Michigan. Note that Florida, Maryland and Pennsylvania are medical-only markets. 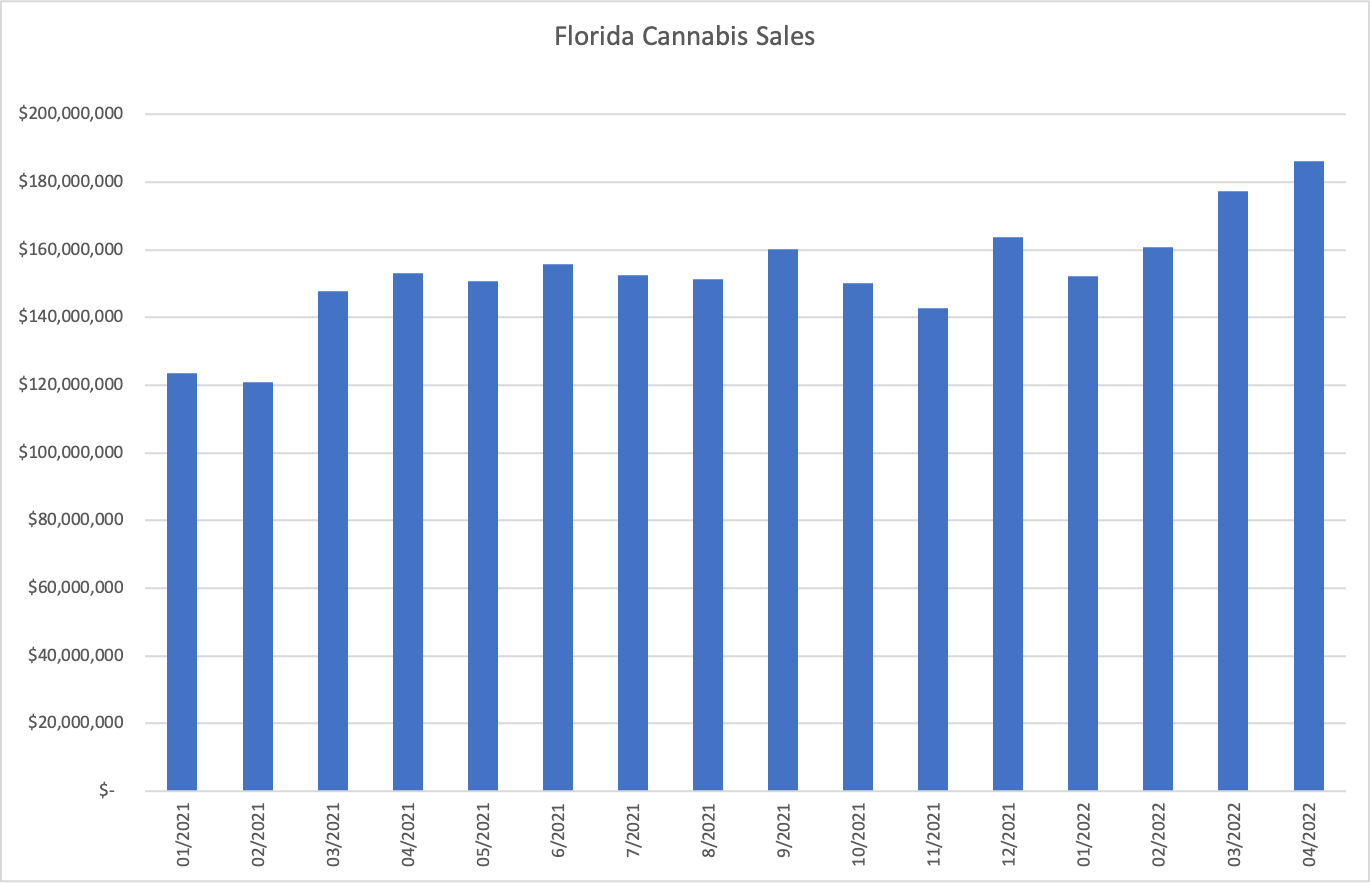 We previously published data released by the state showing that sales rose 0.4% from March and 8.9% from April 2021. BDSA estimated sales of $163.6 million, up 0.4% sequentially and 8.9% from a year ago. Compared to last year, flower sales expanded 5%. Pre-rolls grew 17%, and ingestibles gained 6%. Concentrates increased 14%. 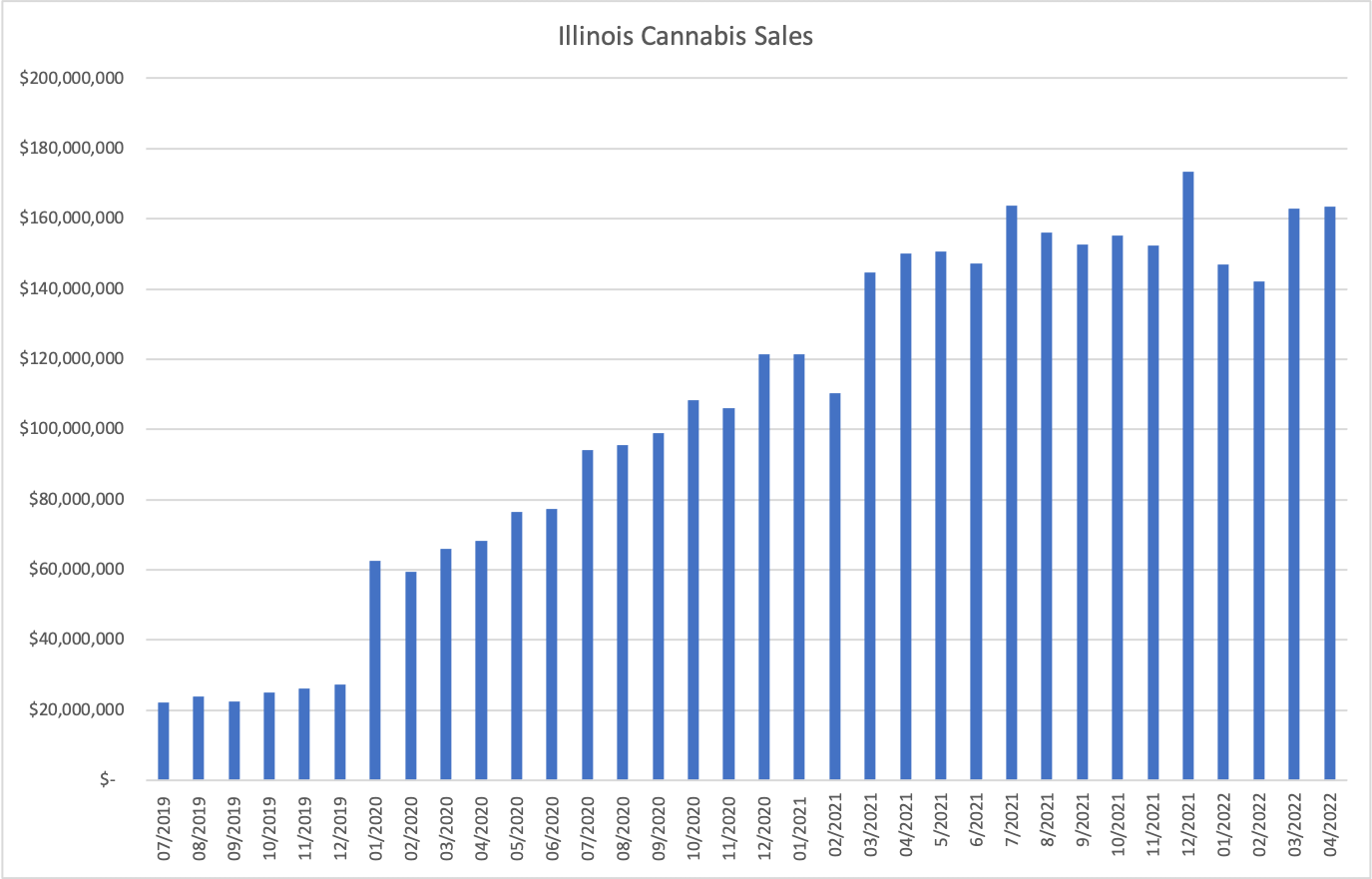 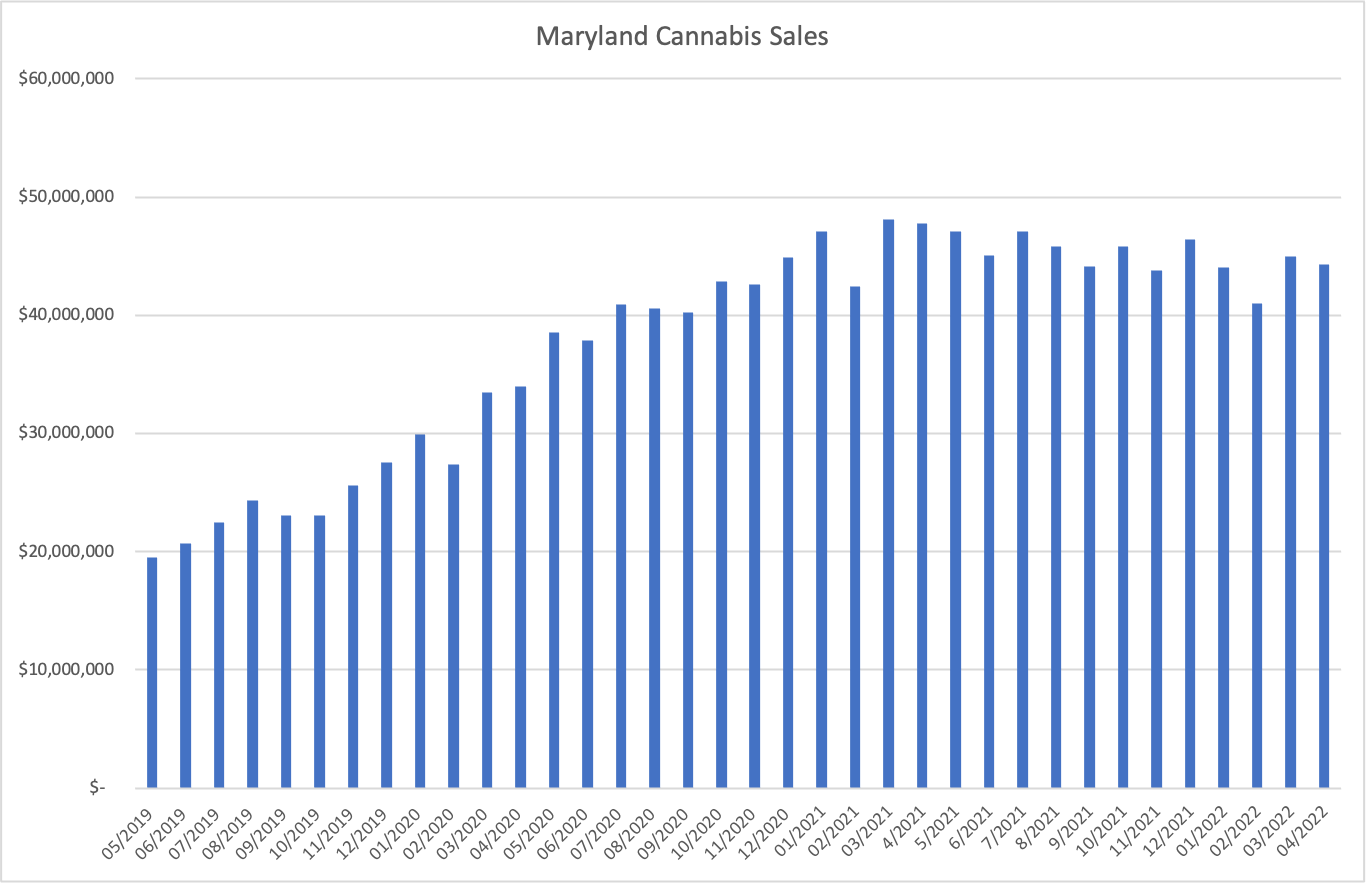 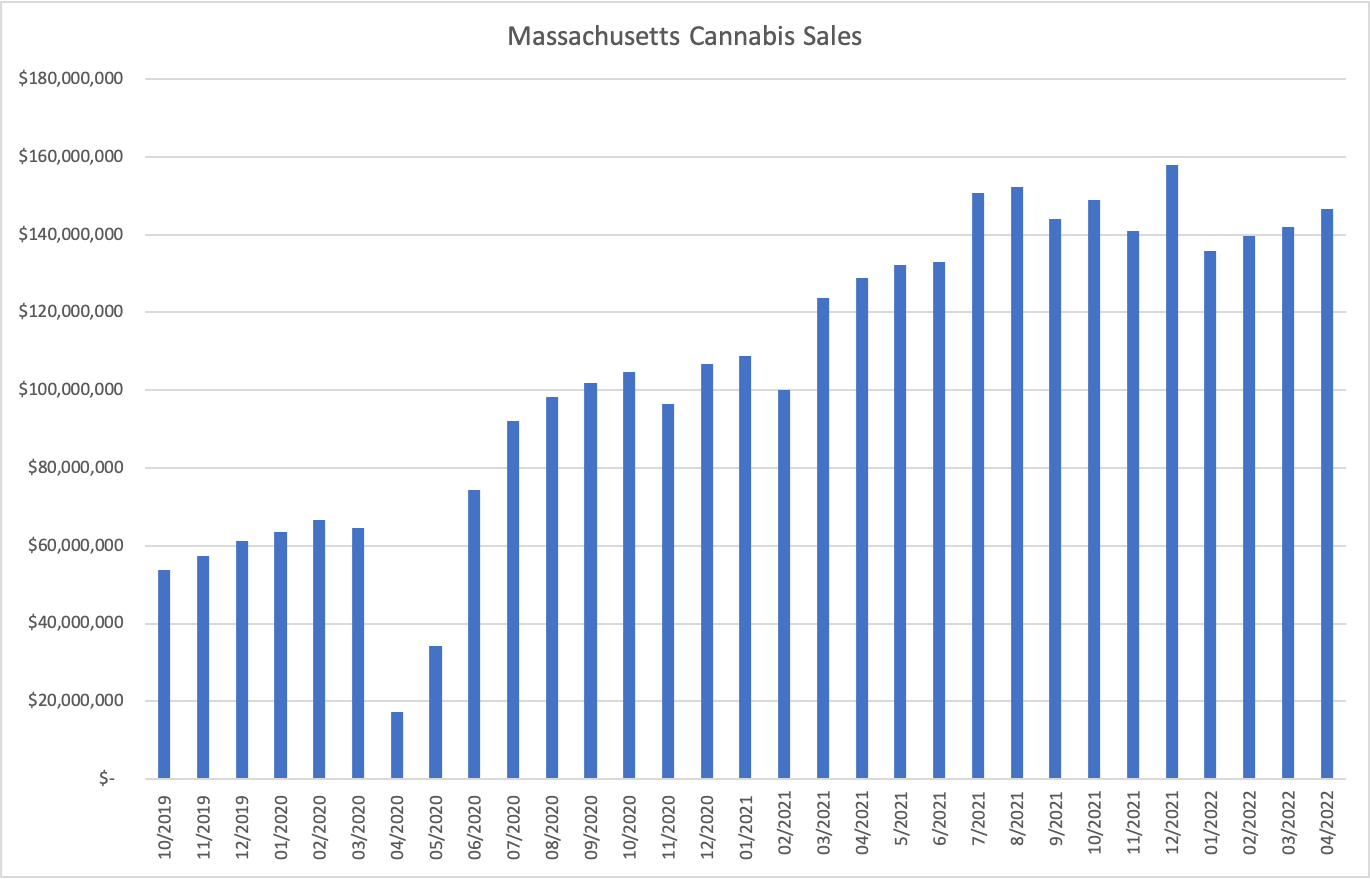 We had previously written about data released by the state indicating that Michigan cannabis sales increased 27% compared to both March and a year ago. BDSA estimated sales of $195 million, up 26.8% sequentially and 24.7% from a year ago. Flower sales increased 24% and concentrates gained 48%. Pre-rolls grew 45%, and ingestibles declined 9%. 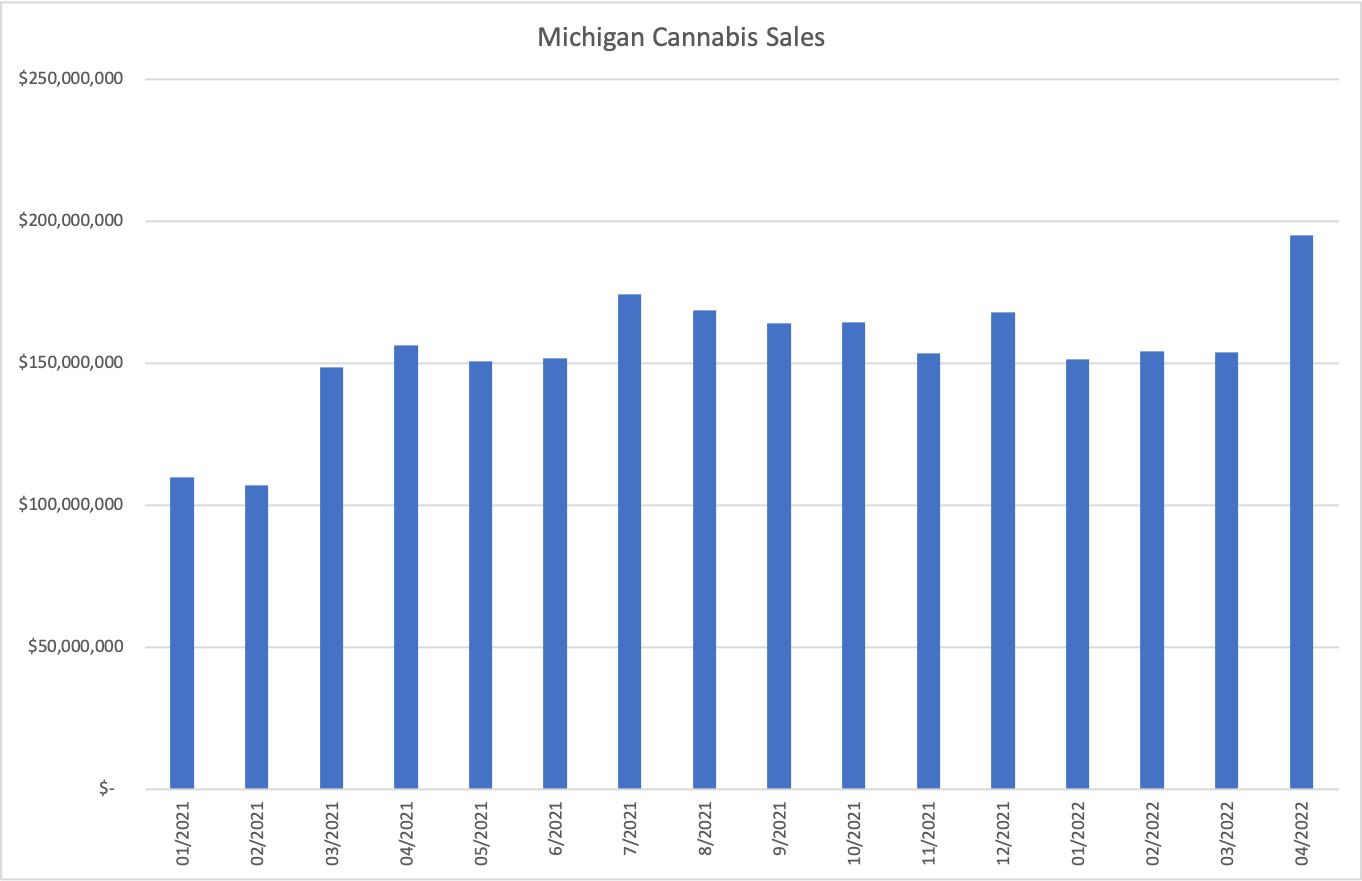 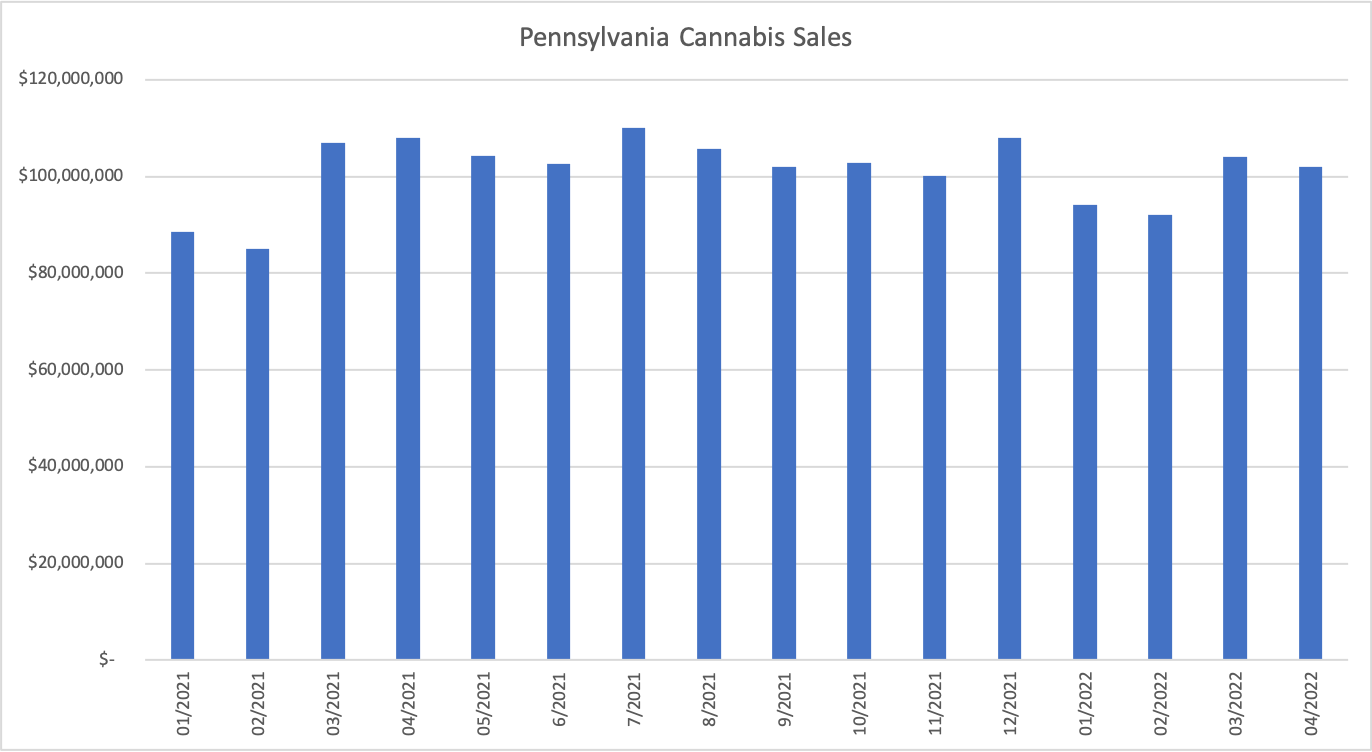 BDSA provides coverage for Arizona, California, Colorado, Nevada and Oregon. In April, year-over-year growth ranged from -35.8% in Nevada to -10.1% in Arizona compared to a year ago. 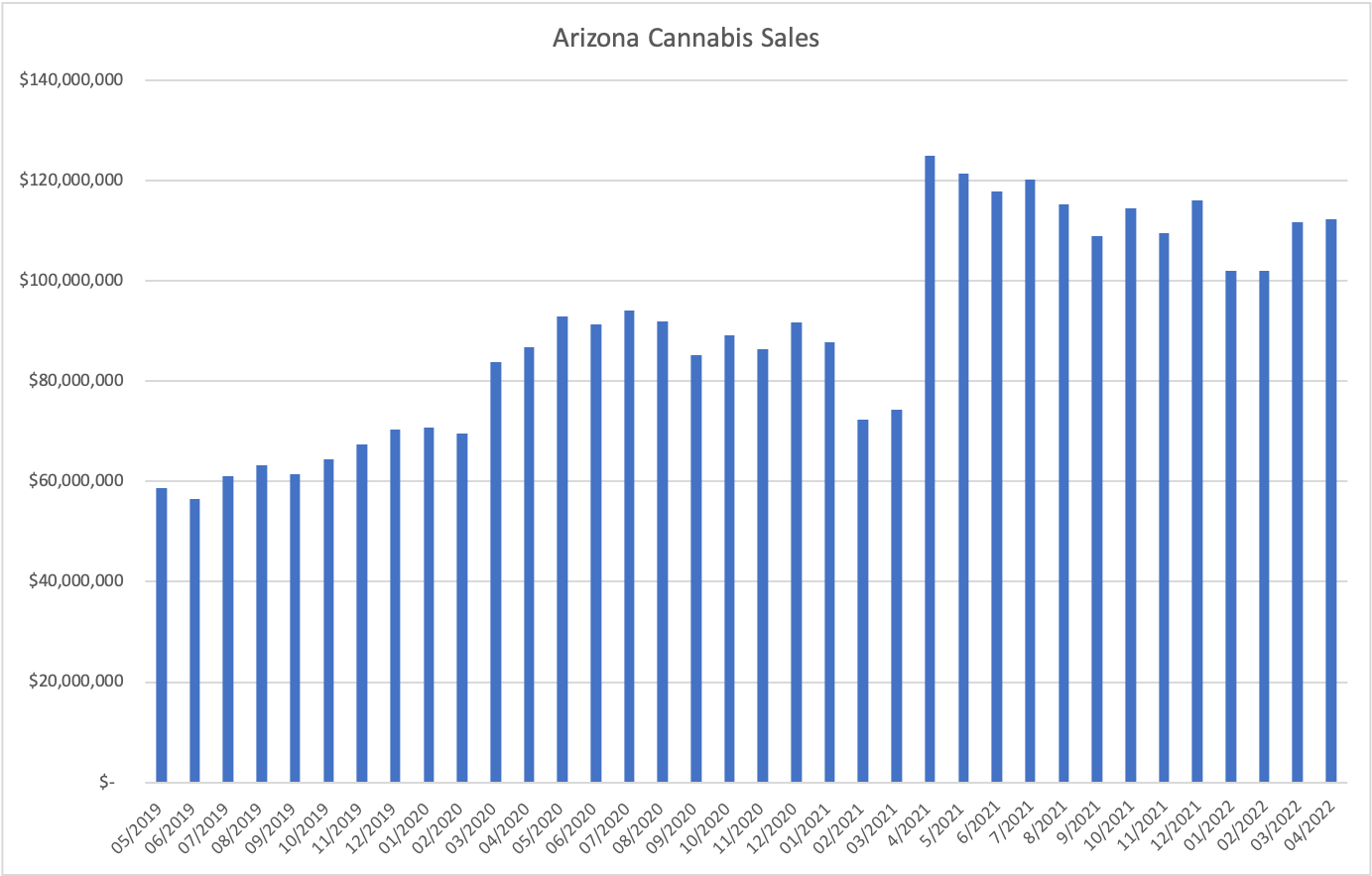 April release included a restatement of the total size of the California market to better align with state published data. California sales increased 5.9% sequentially to $427.8 million and fell 12.4% compared to a year ago. Flower sales were down 23%, while pre-rolls gained 8%. Ingestibles fell 14%, while concentrates dropped 6% from a year ago during April. 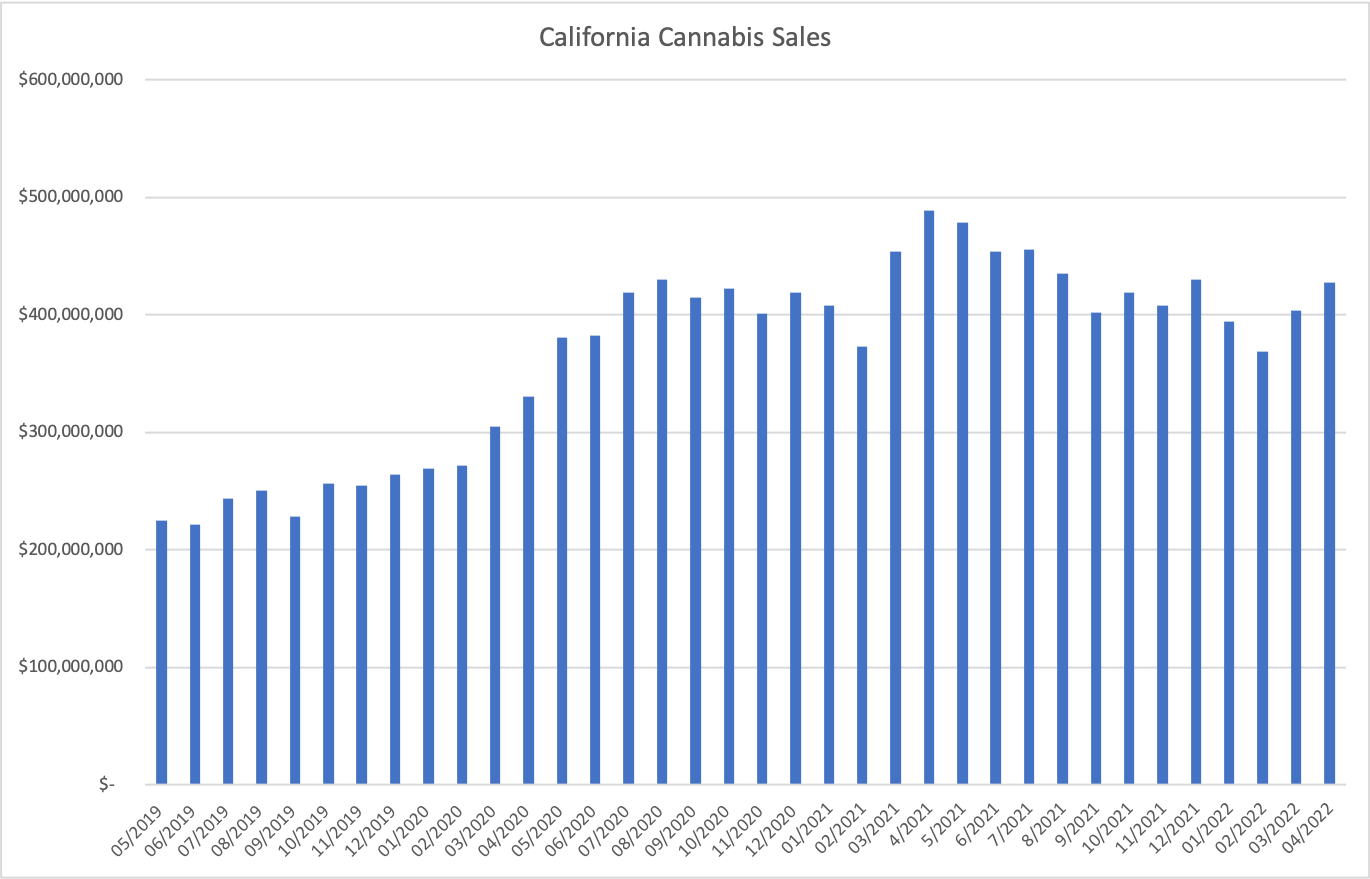 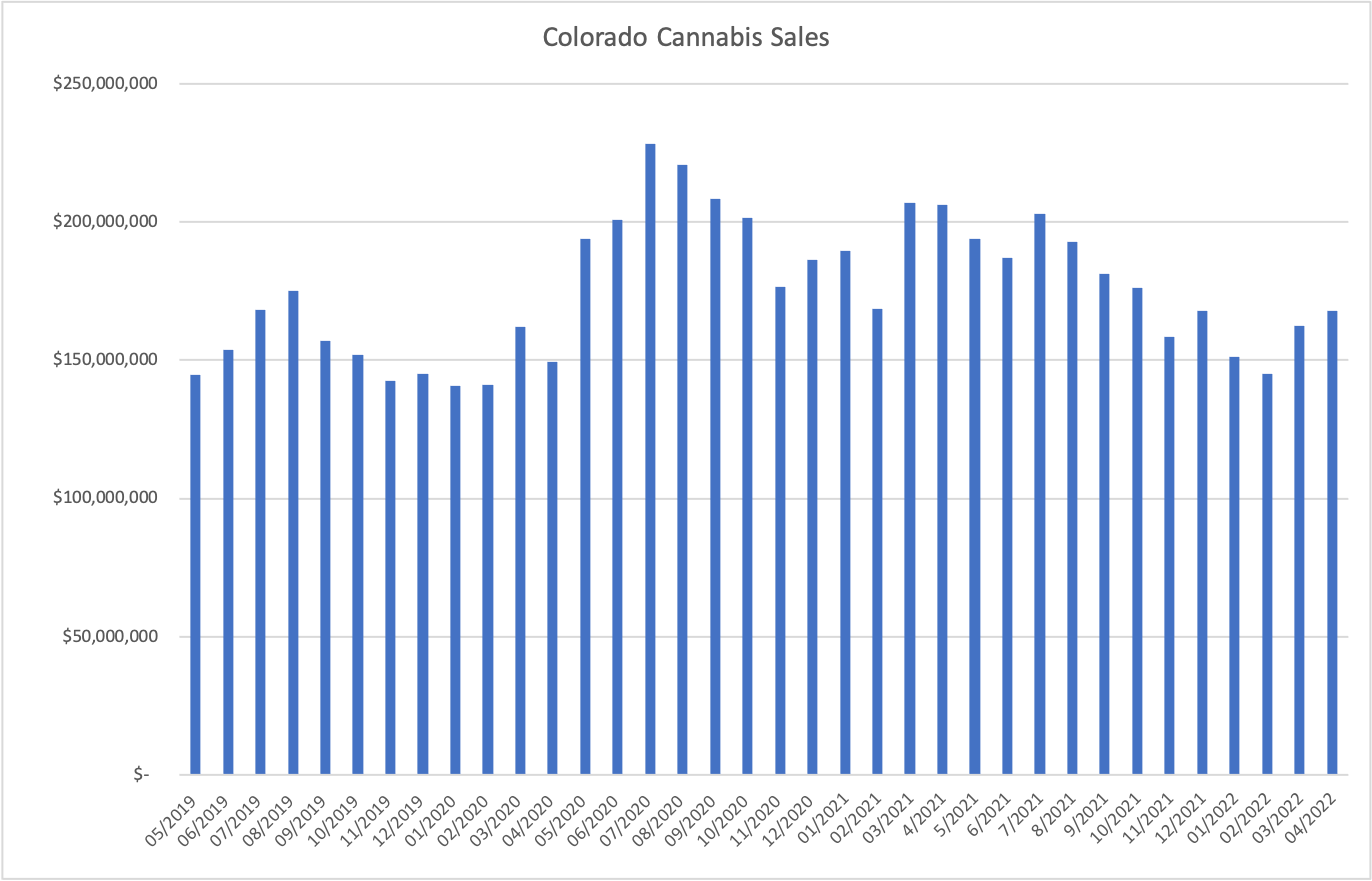 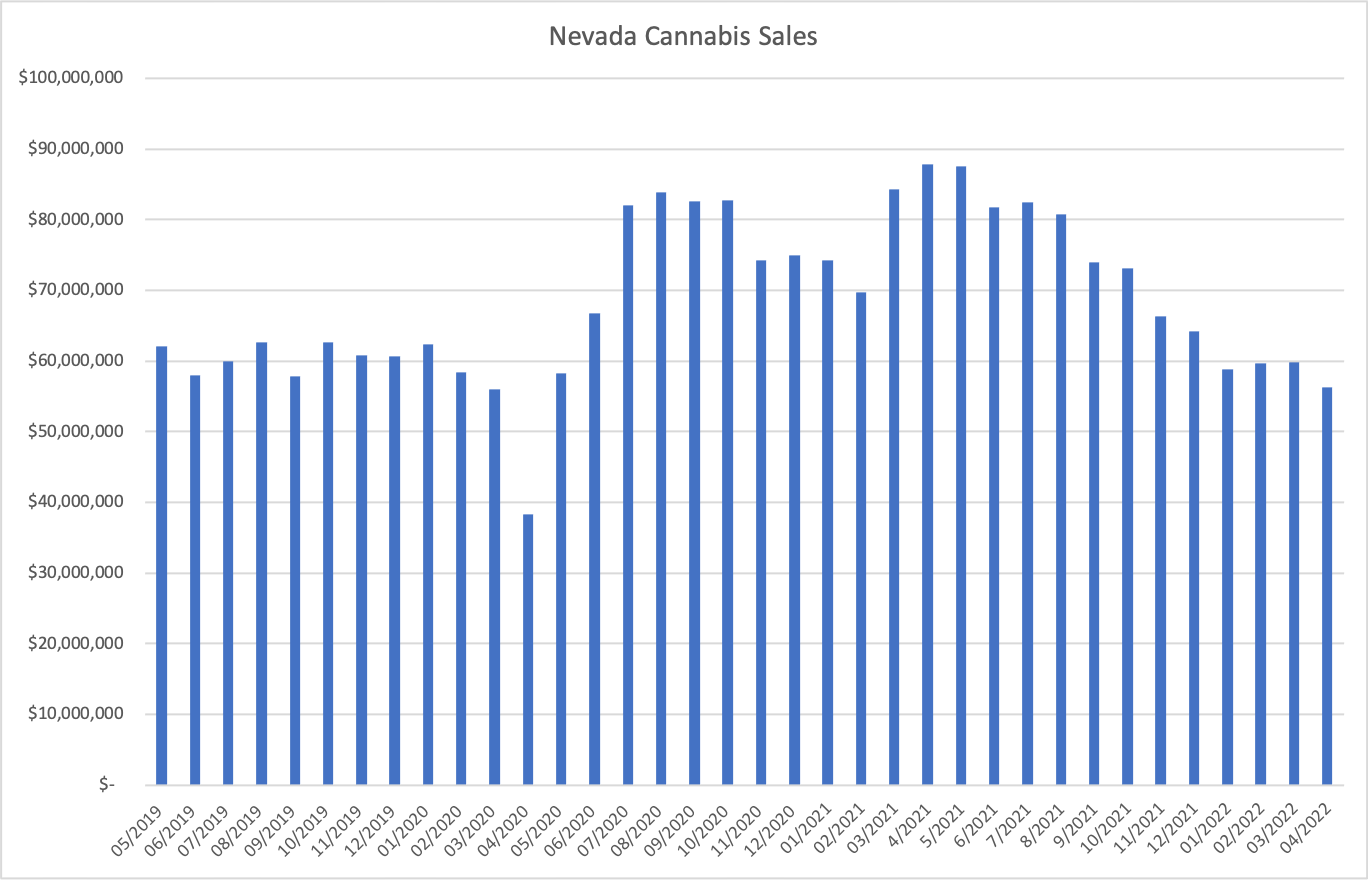 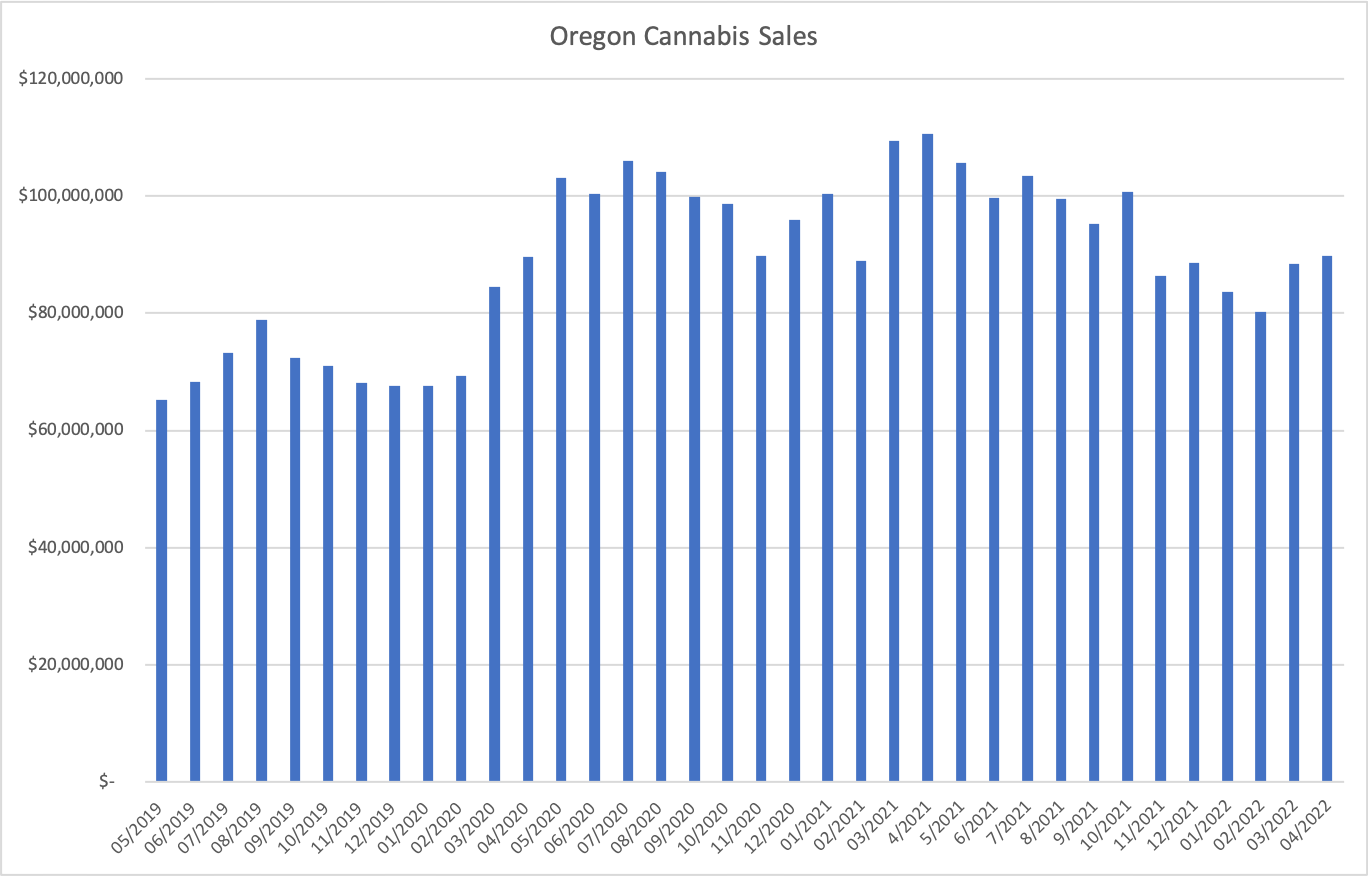