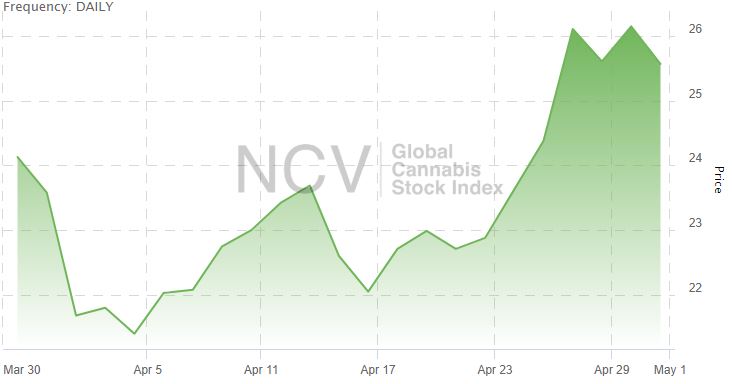 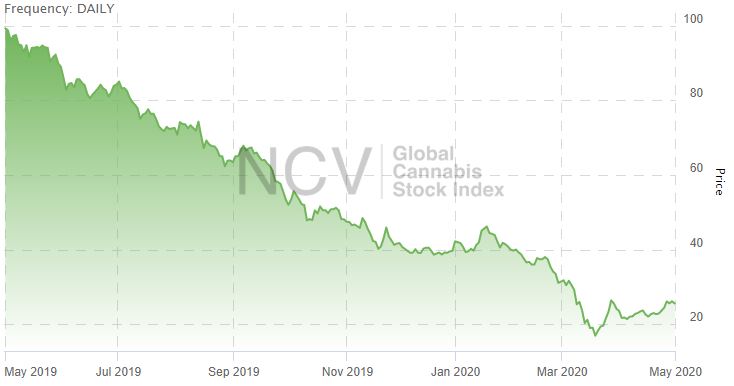 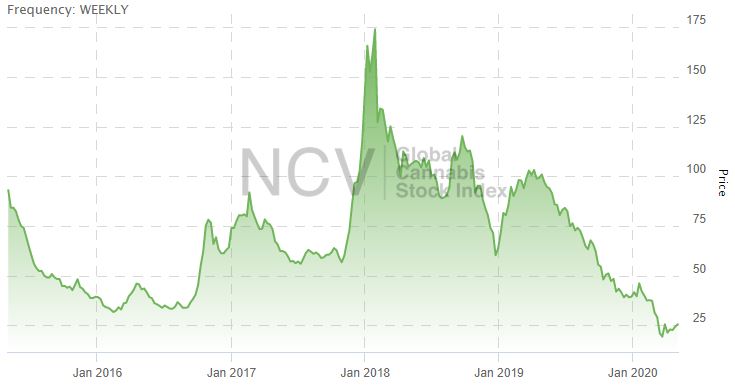 The strongest 4 names in April increased by at least 32%:

Neptune established a hand sanitizer line during the month, which seemed to spark investor interest. Akerna didn’t report any significant corporate news, but, like several other U.S. companies that trade on major exchanges, it continues to outperform the sector in 2020. Harvest Health & Recreation, one of the worst performers in March after a capital raise and merger termination, rallied after announcing a pending deal to sell up to 13 California dispensaries for up to $80 million, primarily in stock, to Hightimes Holding Corp. Cresco Labs, which had lagged some of the other largest MSOs in March after its co-founder departed, outpaced its peers in April. The company reported its Q4 financials during the month and also mutually terminated the pending Tryke acquisition.

The 4 weakest names fell by more than 21% during April:

iAnthus Capital defaulted on its debt and also replaced its CEO during the month. CannTrust, one of last month’s best performers, fell after being delisted from the NYSE. The company is scheduled to be delisted by the TSX as well. HEXO Corp raised C$46 million during the month by selling stock with warrants. Organigram fell after reporting its fiscal Q2 financials.