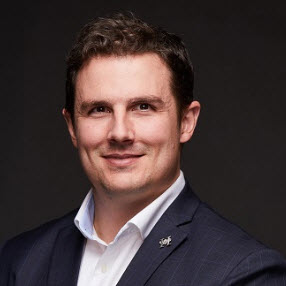 HEXO (TSX: HEXO) (NYSE: HEXO) has a plan to become a top-three global cannabis player over the coming years. Co-Founder and CEO Sébastien St-Louis spoke with New Cannabis Ventures about the strategy to build partnerships with Fortune 500 companies, HEXO’s technology and the company’s capital allocation plan. The audio of the entire conversation is available at the end of this written summary.

St-Louis, a long-time entrepreneur, co-founded HEXO with Adam Miron, now the company’s Chief Brand Officer. St-Louis has experience in the manufacturing sector, which translates well to the cannabis space. He was also attracted to the strong potential to generate cash flow and make a difference in people’s lives.

The company’s management team brings together people with experience in a wide variety of industries. For example, Veronique Hamel, the company’s Chief Innovation Officer, brings a wealth of CPG experience to the table. And, the company’s CFO Michael Monahan, one of the newest members of the team, comes from the food and vitamin space.

HEXO’s footprint and growth plan cover Canada, Europe, and the United States. In Canada, the company is in the process of bringing its 1.5 million-square-foot manufacturing center of excellence online in Belleville, Ontario. Beginning this fall, all of the company’s cultivation sites will send product to the center for manufacturing.

The company sells nationwide across Canada, and its most important market has been Quebec. But, the recent acquisition of Newstrike Brands is causing a shift. Now, the company’s major Canadian markets are Quebec, Alberta, and Ontario.

In Europe, HEXO is licensed in Greece, which will serve as a gateway to other European markets like the U.K. and France.

In 2020, the company plans to be in eight U.S. states with hemp-based products. The company also an active deal pipeline as it continues to grow, according to St-Louis.

HEXO does have a few minority investments in retail partners, such as Fire & Flower, but the company’s primary approach to reaching customers is by leveraging existing distribution networks of Fortune 500 companies. HEXO partners with players like Molson Coors, supplying regulatory expertise and technology while gaining access to established international distribution channels. Molson Coors is the largest beverage distributor in the U.K., according to St-Louis.

HEXO has plans to launch products in multiple verticals, including beverages, cosmetics, edibles, vape, and health and wellness. Beverages are the company’s first focus.

St-Louis sees a major opportunity in the cannabis beverage space because there has been a lack of quality. He sees HEXO changing that with its product: a beverage that tastes good and has a five- to seven-minute onset with a consistent offset. The company will be launching its line of beverages in Canada this December, and in the future, it plans to leverage Molson Coors’ distribution network in the U.S.

St-Louis sees cannabis following the simple business rule of threes – three market share leaders: one with 40 percent of the market, the next with 20 percent, and the third with 10 percent. He is aiming to launch HEXO into one of those top three global brand positions. And, achieving that goal will take capital.

St-Louis expects to spend approximately $6 billion over the next five to 10 years to land that company in a top-three position. Right now, HEXO is a top player in Canada, where the company has invested approximately half a billion to-date. The remainder of that sizeable $6 billion will be spent in Europe and U.S., the former being approximately five times the market size of Canada and the latter approximately 10 times the market size of Canada, according to St-Louis. He sees the judicious deployment of capital on manufacturing, R&D, and growth initiatives as key to gaining that top position. Those companies at the top will be $50 to $100 billion players, according to St-Louis.

Nine months ago, HEXO offered revenue guidance as it started to plan the acquisition of Newstrike. The company expected Q3 revenue would be flat compared to Q2. Q4 revenue is expected to be roughly double over Q3. The company’s performance has been closely in line with its guidance. Looking ahead, HEXO is reviewing its U.S. strategy, which represents a significant revenue opportunity.

HEXO integrates social responsibility into its business plan, which takes into consideration corporate governance, quality control, customers, employees, and the planet as a whole. The company aims to make a positive economic impact in the regions it operates and offers its employees profit sharing and equity ownership opportunities. When it comes to the planet, the company is planning to roll out a large scale climate change initiative in the near future.

HEXO is targeting success by accessing strong distribution networks and developing product technology. In addition to its partnership with Molson Coors, the company is in conversations with other Fortune 500 companies. St-Louis sees product effectiveness as the next major barrier to entry in the industry. So, HEXO has a team of more than 30 chemists and PhDs researching faster onset; tasteless, odorless, and shelf-stable products; and more. For example, the research team is working on a diet product: a non-psychoactive, appetite suppressant derived from the cannabis plant.

“There are over 180 active molecules in cannabis that we are just starting to understand, and HEXO is a leader in that technology race.”

To learn more, visit the HEXO website. Listen to the entire interview: