CBC Biotechnologies, Inc., a Florida-based biopharmaceutical company focused on the use of synthetic biology to produce cannabinoids, has raised $7mm from investors that include NYC-based Tuatara Capital, which is focused on advancing the legal cannabis industry Previously, the institutional investor, which raised $25mm last year, had disclosed only its investment in Willie’s Reserve, a premium cannabis brand.

An SEC filing from last month had indicated that CBC Biotechnologies had initially raised $587,500 and that Tuatara’s Chief Investment Officer, Al Foreman, and its Lead Industry Executive, Rob Hunt, are serving on the Board of Directors. Other directors include Charles Brink, Chairman of Boreal Technologies, and his son, Christopher Brink.  Richard Peet, a retired attorney who is CEO of ProteiosBio and Chief Science Officer of Blue Prairie Brand, serves as Executive Vice President, focusing on business development and licensing.

CBC Biotechnologies, which is headed by Jeffrey Korentur, a long-time executive in the defense industry, has kept a low profile.  In an October press release, Co-Founder and Director Christopher Brink explained:

Our process produces pharmaceutically pure cannabinoids in less than two days, and for less than half the cost of any current production method. This technology will produce pure cannabinoids without ever growing a crop, eliminating any potential for crop diversion and black market activity.

Some might conclude that CBC Biotechnologies’ success could be to the detriment of the legal cannabis industry and of companies like GW Pharma (NASDAQ:  GWPH) and many others that are working to advance botanically-derived cannabinoids to achieve FDA approval.  Deriving cannabinoids from yeast could potentially eveb impact the willingness of the DEA to remove cannabis from its status as a Schedule 1 drug (no health benefits, highly addictive).

Tuatara Capital could be hedging its cannabis bets to some degree, but Rob Hunt suggests that progress made in biocatalysis of cannabinoids will increase awareness and could potentially pave the way for an easier regulatory pathway for botanically-derived cannabinoids. CEO Korentur’s previous statements reinforce this view:

Our intent is to produce as many cannabinoids as possible, especially those expressed in very low quantities by the plant, so researchers can discover the full range of healing power that this class of medicines may provide. They can finally have the purity, quality, quantity, and diversity of compounds to conduct proper studies. 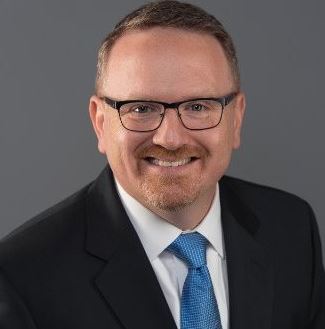