Co-founder, President and CEO Paul Rosen has resigned from PharmaCan Capital (TSXV:MJN). Rosen, a pioneer in the Canadian cannabis industry, created a merchant bank to invest in the industry in 2013 that was extremely successful early on in terms of identifying successful MMPR applicants, including Whistler, Peace Naturals and wholly-owned In The Zone Produce. It has also made investments in ABcann and Hydropothecary as well as other potential LPs. The company has recently struggled with the disposition of its stake in Peace Naturals.

New CEO Michael Gorenstein had joined the Board of Directors in November. He is a partner at Alphabet Ventures LLC in New York City and was previously General Counsel of Saiers Capital and a an M&A attorney with Sullivan & Cromwell.

PharmaCan Capital announced a capital raise last week and reported today that it has increased the non-brokered private placement offering from $5mm to $6mm, having already raised $2mm by selling units. Each unit, which is being offered at $0.185, consists of a share of stock and a five-year warrant at $0.245. PharmaCan Capital first raised equity at $0.15 per share in early 2013 and had several capital raises at higher levels, including its highest offering, raising $2.55mm at $1.15 per share in August 2014. The offering is priced below the lowest closing price, which was at $0.19 on 3/31. 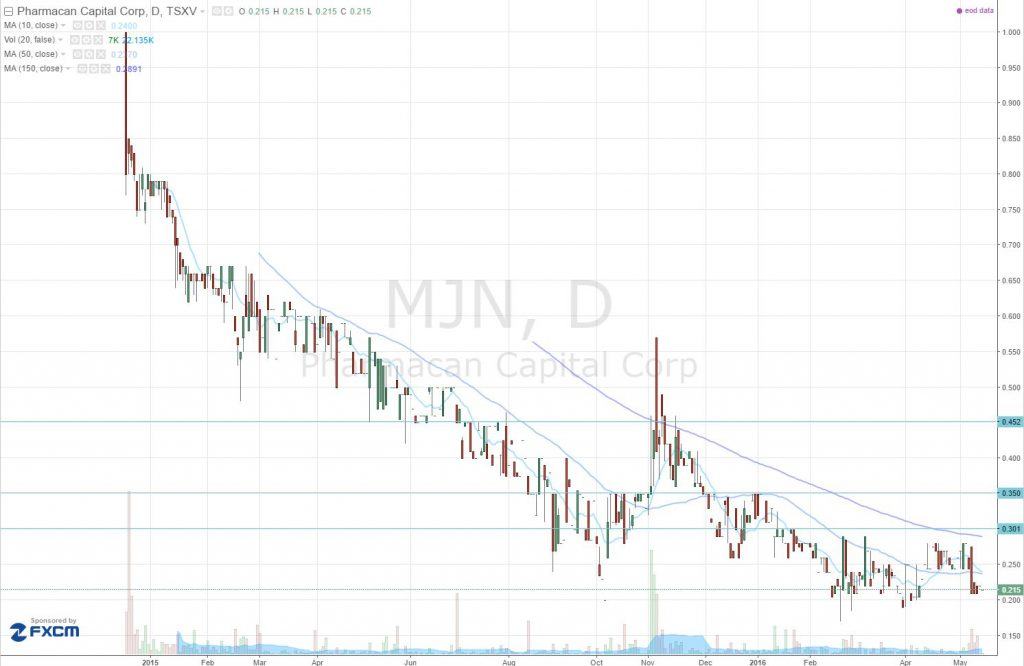