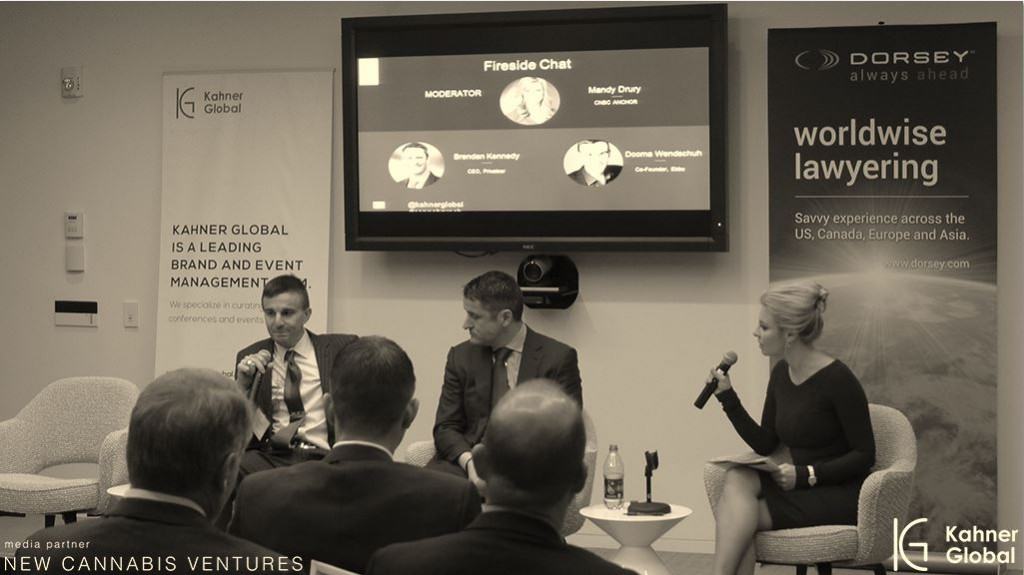 Brendan Kennedy defined Privateer’s role as to help cannabis become a mainstream product globally.  He sees the industry evolving to one dominated by a variety of brands appealing to a broad set of demographics, moving away from a “budtender sticking their hand into a pickle jar.” Wendschuh believes that businesses need to lead by example, creating safer and healthier products that can be branded. ebbu, which distills predictable cannabis products, plans to sell its product to other companies, suggesting that premium marijuana infused products maker Dixie Brands is a client. Wendschuh expects that pharmaceutical companies will ultimately wipe out the medical cannabis industry, while the adult-use side will evolve to be similar to the alcohol industry.  Kennedy expects market segmentation into pharmaceutical, wellness and recreational.

In response to the question about global opportunities,  Wendschuh suggested that the U.S. and Canada will be the largest markets, but Spain, Portugal and other European markets show promise.  Kennedy expects Canada to be the first nation to legalize and predicts it to happen within the next 6-9 months and believes Australia and Germany could move to implement medical programs in 2016. He said that Europe today feels like the U.S. three years ago.  Both recently returned from trips to Europe.

When asked about the political landscape, Wendschuh downplayed the risks of the 2016 presidential election leading to a reversal of recent progress.  Kennedy sees three main risks to the industry, including the shady publicly-traded stocks that are run by “hucksters”, marketing practices around “gummy bears and cartoons”, and potential government changes.  He met recently with several legislators and is encouraged that progress will be made in terms of legalization.  Wendschuh pointed to a paradox that many companies, like his, don’t want rapid legalization as it would open the door to others, like Big Pharma and alcohol companies to enter the industry. He expects rescheduling could happen in 2017. Ethan Nadelmann later pointed out that Wendschuh was speaking of federal legalization only. Kennedy pointed out that alcohol distributors are already making investments in the industry.

Drury asked about the size and growth of the industry.  Kennedy believes that it is a $50 billion market domestically and $200 billion globally, including legal and illicit consumption.  Wendschuh pointed to a long-term migration away from alcohol to cannabis due to it being a healthier psychoactive.   Kennedy discussed their key focus of getting “brands in hands”, which is a challenge given the complexity of navigating the different rules on a state-by-state basis.  Kennedy said that Privateer, which raised $75mm in the last round, is now raising $100mm as his target investor has transitioned from high net worth to institutions and family offices. Interestingly, while his investors come from both sides of the political spectrum, their reasons to invest transcend purely financial returns.  Wendschuh, who has raised $9mm despite the challenges of being based in Colorado, which limits out-of-state investment, pointed to seeing a much higher caliber of investor now that his company is generating revenue.