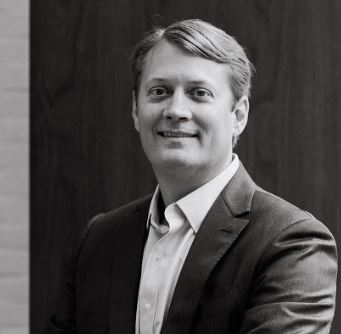 Health and wellness-focused MSO Columbia Care (NEO: CCHW) (OTCQX: CCHWF) has built its business organically, using its vertically integrated model to build out its infrastructure and develop new products in a consistent fashion. Nicholas Vita, the company’s Co-Founder, CEO, and Director, told New Cannabis Ventures about the company’s strategic use of data, its IP portfolio, and trading on the NEO. The audio of the entire conversation is available at the end of this written summary.

Vita co-founded Columbia Care with his long-time colleague and friend Michael Abbott, Executive Chairman of the company. The pair has known one another for 25 years, dating back to their time at Goldman Sachs.

In addition to his history with Abbott, Vita has known Hart and Dr. Mazanet for more than 15 years. The trio met when investing in healthcare companies.

The company started in Washington, D.C., and spread to other markets from there. Today, Columbia Care has 39 licenses in markets across the United States and Europe. The company has largely applied for and won those licenses. Now, it has a strong position in several major metropolitan markets including San Diego, New York (Manhattan and Brooklyn), Boston, Chicago, and Washington, D.C.

The company views Europe as a pathway for long-term growth. Revenue has been fairly slow thus far, but Europe will grow to be a significant opportunity, according to Vita.

As a vertically integrated operator, Columbia Care cultivates, manufactures, and dispenses. In addition to its own brick and mortar stores, the company also has wholesale distribution relationships.

Up until this point, Columbia Care has focused primarily on organic growth. The company has never targeted large strategic acquisitions because those kinds of deals result in extra, unnecessary elements, according to Vita. Instead, the company aims to acquire companies that offer a specific solution to a specific need. Vita sees a plethora of interesting M&A opportunities in the market, particularly as valuations become more reasonable.

The Health and Wellness Approach

Columbia Care looks at market definitions from a consumer perspective rather than a policy perspective. Instead of focusing on adult-use vs. medical, the company aims to serve wellness consumers in all of its markets.

The company has hundreds of SKUs that cover flower, edibles, hard-pressed tablets, and more. Its dose-metered, pharmaceutical-quality products are under the Columbia Care name.  The company also has industrial hemp and CBD products sold in Europe and in non-cannabis retail channels in the U.S.

Pharmacists are available to answer consumer questions in many of the company’s locations. Columbia Care is focused on linking its pharmaceutical-quality products with professional service to build consumer trust.

Columbia Care is actively participating in research initiatives, focusing on unmet medical needs. The company is currently involved in 12 institutional review board (IRB)-approved studies. For example, the company is working with Westmed to study the application of cannabis in the rheumatoid arthritis market. The company is also working with The Center for Discovery on the study of cannabis as a potential treatment for epilepsy.

Additionally, the company has long worked to create a comprehensive collection of consumer data, which it uses to drive decision-making from resource allocation to new products.

Funding and the Public Market

Prior to going public in April, Columbia Care was funded by a combination of external investors, board members, and senior leadership team members. Now as a publicly traded company, it has access to equity capital markets and debt markets. The company tries to take a balanced approach to deploying capital to take advantage of opportunities while minimizing risk downstream, according to Vita. At the end of the second quarter, Columbia Care had more than $125 million in cash and no debt on its balance sheet.

Many public cannabis companies trade on the CSE, but Columbia Care trades on the NEO. As a senior exchange, the NEO has a higher level of regulatory scrutiny. The company opted for this different environment to gain more credibility in the capital markets, according to Vita. When the time comes, the company’s goal is to be a U.S.-listed company.

In July, Columbia Care launched a $25 million share repurchase program in response to a price decline. “Our job is to really drive shareholder value, and the stock price is the main determinant of that,” says Vita. “So, having that tool in our toolkit allows us to move in and out of the marketplace opportunistically and take advantage of any anomalies that may arise.”

This year, Columbia Care is deploying the capital it has raised to operationalize its licenses. By the end of the year, the company’s markets will be either be in a position to begin generating revenue or be ready for regulatory inspection. Columbia Care will have 14 markets operational by the beginning of next year, according to Vita.

For U.S. MSOs, maintaining liquidity is a challenge, but Vita sees the company in a good position with liquidity, no debt, and potential M&A opportunities on the horizon. The company is set on deploying capital to generate shareholder value while remaining cognizant of market risks.

For more information, visit the Columbia Care website. Listen to the entire interview: