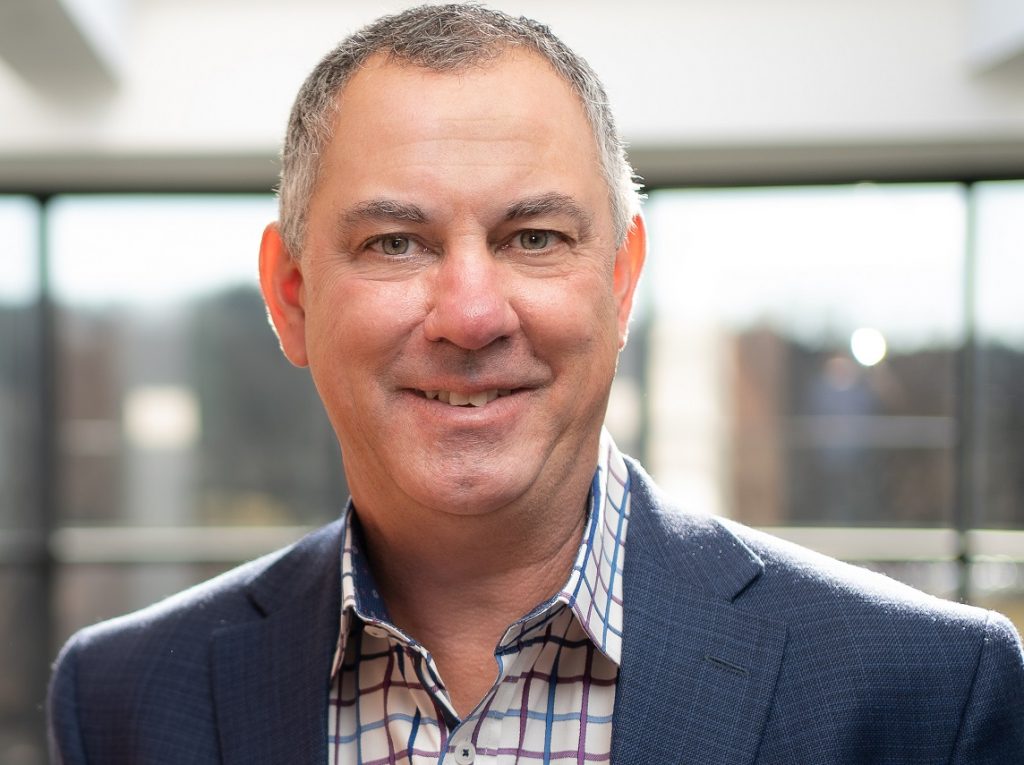 Curaleaf (CSE: CURA) (OTCQX: CURLF) continues to execute on its long-term strategy of building a leading cannabis company. CEO Joseph Bayern last spoke with New Cannabis Ventures in July 2021. Since then, the company has demonstrated organic growth and has announced a number of strategic acquisitions. Bayern checked in to discuss the company’s pillars of growth, recent deals and what comes next for Curaleaf. The audio of the entire conversation is available at the end of this written summary.

The company is focused on four pillars of strategic growth to build its competitive advantage in the cannabis space: consumer products, distribution, consumer connection and talent. Curaleaf is heavily investing in research and development to create innovative products. It is establishing a large distribution platform to get those products into the hands of consumers. The company has 125 retail dispensaries, and its products are on the shelves of more than 2,200 dispensaries, according to Bayern. The company is also investing in marketing and branding to communicate with its consumers.

Talent is the fourth pillar of the company’s strategy. More than 5,500 people work at Curaleaf, and the company continues to build out its functional teams. Curaleaf also adds talent to its team via acquisitions. For example, Matt Darin came to the company through the Grassroots deal. Darin initially ran the central and southeast regions of Curaleaf’s footprint, and now, he has taken on a larger role as president.

Most of Curaleaf’s growth was organic in 2021. The company, which reports its Q4 in early March, will reach its guidance for the year, albeit on the lower end, growing almost 90 percent, according to Bayern. Following that organic growth, the company has announced a number of strategic acquisitions to add scale to its platform.

Curaleaf’s acquisitions fall into a few different categories. The company pursues bolt-on deals to build scale in its existing markets. It looks at deals to expand its national footprint in the U.S., and it looks at opportunities in emerging markets, like Europe. It will continue to look at opportunities to build its footprint and augment its capabilities in areas like cultivation. Curaleaf will also consider potentially looking at brands that could fit into its platform.

In October 2021, Curaleaf closed the acquisition of outdoor cultivator Los Sueños in Colorado. Previously, Curaleaf was underrepresented in the market, but now, the company has the assets to be competitive in the state, according to Bayern. The company plans to leverage low-cost biomass, launch new products and build out its wholesale distribution team in Colorado.

In January, Curaleaf closed the acquisition of Bloom Dispensaries in Arizona. This bolt-on acquisition brings the company’s dispensary count to 13 in the state. While it is still early days, Bayern anticipates that the integration process will be relatively easy. In addition to the retail footprint, Bloom also comes with some leading brands in the marketplace, according to Bayern.

In the fall of 2021, Curaleaf announced plans to acquire cannabis operator Tryke. This deal will give the company expanded operations in Arizona, Utah and Nevada. The deal adds to Curaleaf’s store count in Arizona and gives it vertical integration in Utah. The company plans to increase the size of the Reef dispensary next to Planet 13 in Las Vegas. The deal still has regulatory hurdles to clear, but Bayern is optimistic that it could close within the next six months.

Curaleaf is also an international cannabis player. The company established Curaleaf International through an acquisition, and it considers Europe to be an attractive market in the long term. Europe is a few years behind the U.S. cannabis market, but if Germany moves forward with adult use, the market may accelerate, according to Bayern.

In December 2021, Curaleaf announced a $425 million private placement. This debt financing has substantially lowered the company’s cost of capital, taking its weight average cost of capital from approximately 14 percent to eight percent, according to Bayern.

Now, Curaleaf is well-positioned to execute its plans in 2022 and beyond. It does not have any other fundraising planned at the moment. Bayern anticipates that the company is hitting the tipping point where it can begin generating cash as it continues to build.

The Curaleaf team strives to maintain a constructive dialogue with its investors. The cannabis market is characterized by volatility, and the timeline of regulations are frequently subject to change. The company aims to communicate it strategy to investors and update them when regulatory shifts cause delays. The company is also starting to have conversations with large institutional investors who are waiting for regulatory change, like SAFE Banking, to enter the cannabis space.

The northeastern U.S. could be a major driver for Curaleaf in 2022. The company, and the industry, is eagerly awaiting adult-use in New Jersey. Connecticut is also an exciting market. While the company does not expect adult-use in New York this year, it does have a full year of whole flower in the state. Growth in Arizona and Colorado will also be important for the company this year.

While Curaleaf is optimistic about its prospects this year, Bayern does expect industry growth to slow in 2022 and going forward. Despite moderation in growth, he is hopeful that Curaleaf will outpace that growth and expand its margins.

The company’s revenue growth and margin expansion point to Curaleaf’s success, according to Bayern. He also highlighted the importance of new products. Nearly 12 percent of the company’s revenue in 2021 was delivered by new products. Expanding distribution is also another important marker of success. Curaleaf grew its distribution points from approximately 1,200 at the beginning of 2021 to more than 2,200 by the end of the year.

While the slowdown of the growth in the industry will be a challenge, large players like Curaleaf will have more opportunities to pursue consolidation. Bayern sees Curaleaf in a good position to continue rolling up the cannabis industry as it builds out its platform.