WAKEFIELD, Mass., March 9, 2021 /PRNewswire/ — Curaleaf Holdings, Inc. (CSE: CURA) (OTCQX: CURLF) (“Curaleaf” or the “Company”), a leading U.S. provider of consumer products in cannabis, today announced that it has signed a definitive agreement to acquire EMMAC Life Sciences Limited (“EMMAC”), the largest vertically integrated independent cannabis company in Europe for base consideration of approximately US$286 million to be paid 85% in Curaleaf subordinate voting shares and 15% in cash. Contingent consideration of up to US$57 million will be paid in Curaleaf subordinate voting shares and cash in the same ratio based upon the successful achievement of performance milestones. The proposed transaction provides Curaleaf with a developed platform for entry into the European cannabis market.

Curaleaf’s acquisition of EMMAC, announced today, provides an advanced base to reach scale within the nascent European cannabis market and transform Curaleaf into a truly international cannabis consumer packaged goods company. The consumer and political liberalization trends around cannabis that are sweeping the U.S. are also increasingly taking hold in Europe. 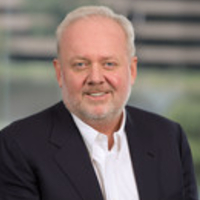 Curaleaf will seek to leverage our branded cannabis consumer packaged goods strategy across Europe, a market which provides for cross-border cannabis distribution. The European cannabis market has the potential to exceed the U.S. cannabis market over the long-term and will help fuel our growth for years to come.

Joseph Bayern, Curaleaf CEO, commented, “Today marks a milestone moment as Curaleaf will immediately become the U.S. multi-state operator with the largest European footprint. Our acquisition of EMMAC will provide a strong platform for the future introduction of our Curaleaf and Select brands into the European market, all leveraging our science, R&D, formulated product and form factor innovations, as well as vast consumer insights that we have built through our leadership position in the U.S. Based on consumption habits we have seen in the U.S., we believe that over time Europe could grow to in excess of a US$120 billion² total addressable market opportunity.”

Antonio Costanzo, Chief Executive Officer of EMMAC, said “Curaleaf’s acquisition of EMMAC is not only a significant milestone for EMMAC, but for the European cannabis market as a whole. As part of Curaleaf, a well-capitalized leader of the U.S. cannabis market, EMMAC is poised to exploit the rapid pace of growth of the European market, driven by regulatory change and the increasing demand for access to premium quality cannabis products.”

The combination of Curaleaf and EMMAC creates a global platform to address these large new opportunities across Europe. 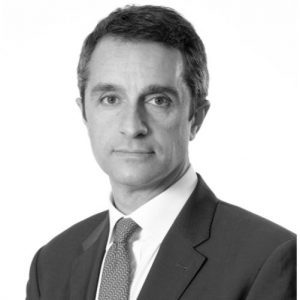 With EMMAC’s science-led approach, wealth of local market experience, as well as our network of supply and distribution partnerships throughout Europe, we are now uniquely positioned to reinforce our place as one of Europe’s leaders in the production and supply of medical cannabis, wellness CBD, hemp and other derivative products.

Terra Verde, EMMAC’s European market cultivation facility in Portugal is one of the oldest licensed cannabis growing facilities in Europe with approximately 2 hectares of cultivation area. It provides EMMAC with the potential to serve customers across key European medical cannabis country markets as well as supporting exports internationally to countries such as Israel, among others. EMMAC plans to significantly increase its cultivation capacity in 2021, and to exceed 10 tons per year by 2022, in order to accommodate future growth related to the expansion of access to cannabis across the major European medical and adult-use, as well as export markets.

Curaleaf will acquire EMMAC for base consideration of £0.50 per share of EMMAC, comprised of approximately GBP£35 million in cash (equivalent to approximately US$50 million in cash), approximately 16,797,963 million subordinate voting shares of Curaleaf (based on the exchange ratio of Curaleaf subordinate voting shares for each EMMAC share agreed by the parties). At yesterday’s Curaleaf closing share price of US$14.12 on the CSE, the total base consideration in Curaleaf subordinate voting shares and cash is valued at US$286 million. An additional US$57 million³ consideration will be paid subject to performance-based earn-outs. Post-transaction, the former shareholders of EMMAC will have approximately 3% pro forma ownership of Curaleaf on a fully-diluted basis, before factoring in the performance-based earn-outs. The Curaleaf share consideration will be subject to a statutory four-month hold period as well as a lock-up agreement with each recipient restricting trading of the share received, with release of 5% from such restrictions at the end of each calendar quarter following the closing. The proposed transaction is expected to close early in the second quarter of 2021, subject to customary closing conditions and regulatory approval. The transaction has been unanimously approved by the boards of directors of both EMMAC and Curaleaf, with Mr. Boris Jordan abstaining from the voting.

EMMAC Life Sciences Limited (EMMAC) is the largest vertically integrated independent cannabis company in Europe, bringing together pioneering science and research with cutting-edge cultivation, extraction and production. With a unique supply and distribution network throughout Europe, EMMAC’s vision is to bring the life-enhancing potential of cannabis to the people who need it. For more information please visit www.emmac.com.

Curaleaf Holdings, Inc. (CSE: CURA) (OTCQX: CURLF) (Curaleaf) is a leading U.S. provider of consumer products in cannabis, with a mission to improve lives by providing clarity around cannabis and confidence around consumption. As a vertically integrated, high-growth cannabis operator known for quality, expertise and reliability, the Company and its brands, including Curaleaf, Select and Grassroots, provide industry-leading service, product selection and accessibility across the medical and adult-use markets. Curaleaf currently operates in 23 states with 101 dispensaries, 23 cultivation sites and over 30 processing sites, and employs over 3,800 team members across the United States. Curaleaf is listed on the Canadian Securities Exchange under the symbol CURA and trades on the OTCQX market under the symbol CURLF. For more information please visit www.curaleaf.com.

3 US$10 million in cash and US$47 million to be paid through the issuance of subordinated voting shares of Curaleaf. The performance-based earn-outs consist of four separate milestones related to revenue in the United Kingdom and Germany, recreational sales in the European Union, and volume targets in Portugal.