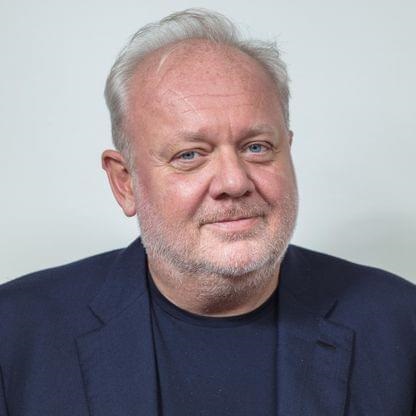 The U.S. elections are poised to spark significant changes in the cannabis business. Curaleaf (CSE: CURA) (OTC: CURLF) Executive Chairman Boris Jordan sat down with New Cannabis Ventures to give his thoughts on what the election results at the state and federal levels could mean for the industry.

Jordan is excited about the passage of adult-use cannabis in New Jersey. It signifies major support for the industry and is a bellwether for more legislative change on the East Coast.

In terms of timing for the launch of adult-use sales, Jordan sees a difference of opinion between the state’s legislators and its regulators. Regulators are concerned about supply issues, while legislators are eager to realize the tax revenue benefits of the program. Curaleaf, as well as a number of other companies, are currently constructing large facilities in the state, and Jordan expects New Jersey could be well-supplied by the middle of next year. He foresees regulators and legislators coming to a compromise, with adult-use sales likely to begin at the earliest in the second quarter and more likely in the third quarter.

Adult-use could pass in New York as early as next year, with the program actually launching by early 2022, according to Jordan. Like New Jersey, New York will likely face supply issues. Curaleaf is also building out additional capacity in this state.

Social equity concerns remain an issue as the state considers what its adult-use program would look like, according to Jordan. Legislators and social equity advocates will likely need to come to a compromise on how tax revenue is allocated. That state will also need to determine how social equity licenses will be distributed.

Jordan has always believed that state-level changes are more important than federal level changes when it comes to cannabis. He expects to see a domino effect, with more East Coast states following in New Jersey’s footsteps. Adult-use is open for discussion in states like New York, Pennsylvania and Connecticut. Jordan expects those three states will have adult-use programs by this time next year. If and when that happens, 80 percent of the U.S. population will have access to legal adult-use cannabis, and the federal government will likely need to address cannabis, according to Jordan.

In addition to wanting to reap tax benefits, East Coast states will need to consider the ramifications of close neighbors with their own adult-use programs. For example, Curaleaf has a store in a suburb of Philadelphia, located in New Jersey. There is potential for significant traffic of consumers crossing the state line to access adult-use cannabis. Similarly, there are concerns over traffic between New York and New Jersey.

Just as New York is contending with how to approach social equity, so must the other states considering the launch of their own adult-use programs. The social equity programs that have rolled out in other states have not worked thus far, according to Jordan. Many states have laws precluding people with felonies from participating in the industry, in essence excluding many of the people most harmed by the War on Drugs. In other cases, social equity licenses have been distributed but failed to launch. Jordan wants to see social equity programs that put the necessary funding in place to launch licenses and allow for greater participation in the industry.

Arizona also passed adult-use cannabis, but Jordan views this market differently than East Coast states like New York and New Jersey. Arizona’s robust medical market with high penetration positions it to go recreational sooner without the supply challenges many other states could experience. This program is set to launch in April of 2021.

Mississippi, Montana and South Dakota also passed cannabis legislation. Though smaller states, Jordan still sees this news as a significant victory for the industry. In South Dakota, medical and adult-use passed, and the more liberal version of a medical program passed in Mississippi. This signified support for cannabis legislation in red states. With Republican support of this kind of progress, Senate Majority Leader Mitch McConnell will face a lot of pressure as legislation passes from the House to the Senate, according to Jordan.

The Presidency and the Senate

While a Democratic sweep may have ushered in more rapid change for the cannabis industry, Jordan doesn’t think it is ready for full deregulation and decriminalization. He thinks it needs another three to five years to develop its product bases, brands and balance sheets in order to compete against some of the large consumer goods companies that will come into the space. He anticipates there will be major support for cannabis legislation, but a Republic Senate act as a buffer against the kind of aggressive change for which the industry is not yet prepared.

McConnell will be under substantial pressure to pass another stimulus package, the HEROES Act, which includes the SAFE Banking Act, according to Jordan. He also sees the possibility of the Senate passing the STATES Act over the MORE Act, and he considers the STATES Act better for the industry. The STATES Act would address 280E tax issues while not introducing the confusion of interstate commerce. The MORE Act would create too much uncertainty with rescheduling cannabis and decriminalization, according to Jordan.

With safe harbor language for investors in the SAFE Banking Act and some tax relief in the STATES Act, the cost of capital and product prices could significantly decrease. In this scenario, everyone wins, according to Jordan. Cannabis companies can access working capital to accelerate industry growth. Consumers can access products at more competitive prices. States see more tax revenue due to higher volumes of sales as the industry grows.

At the time of this interview, the results of the presidential election are not finalized. Even after the winner becomes clear, exactly how policy changes will play out is uncertain. But, cannabis companies can spend time preparing for inevitable change. Curaleaf is spending time with state regulators to understand how new legislation will work. The company is also considering how legislation like SAFE Banking will affect the capital markets.

Curaleaf has taken a calculated risk to help address the looming supply issues in states preparing for adult-use. It has allocated more than $100 million to build out additional cultivation facilities in Arizona, New York, New Jersey and Pennsylvania. The Arizona facility is set to be ready in December, while the others will likely be ready by the end of the first quarter. Jordan thinks this kind of investment is important for all cannabis companies operating in these states. Supply issues drive up prices and make it difficult to compete with the illicit market, inhibiting the legal market’s growth, according to Jordan.

The elections have demonstrated massive support for cannabis across both red and blue states. Although the final results have yet to be delivered, Jordan is anticipating a big win for the industry.

Listen to the full interview: